G. Gordon Liddy, a brash former FBI agent who helped orchestrate the 1972 Watergate break-in, died on Tuesday at the age of 90.

Liddy, who parlayed his Watergate infamy into a 20-year career as a conservative talk-radio host, died at his daughter’s home in Fairfax County, Virginia.

His son Thomas P. Liddy confirmed the death but did not give a cause, saying only that it was unrelated to COVID-19, according to The Washington Post. 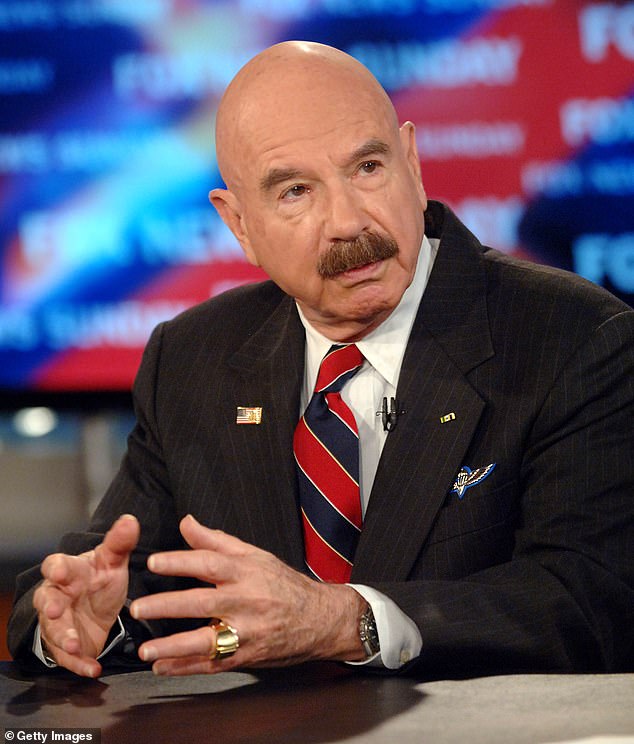 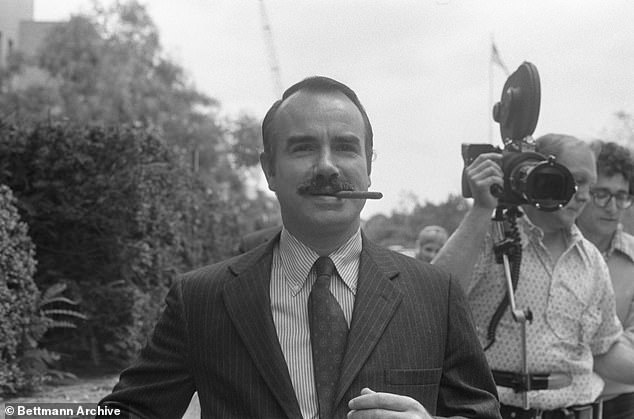 Liddy is pictured in the 1970s, at the height of the Watergate drama that dominated his life

Liddy, born George Gordon Battle Liddy, was one of the notorious White House ‘plumbers’ whose job it was to plug leaks to the media in the Nixon administration.

His portfolio at Nixon’s Committee to Re-elect the President was ‘dirty tricks’ – and he approached the job with gusto.

He and colleague E. Howard Hunt, a former CIA agent, came up with schemes so outlandish and illegal that their superiors often squelched them.

Among them were a plot to kill investigative columnist Jack Anderson, an ardent Nixon critic; having anti-war protesters at the Republican National Committee in San Diego in 1972 kidnapped and taken across the border into Mexico; and luring Democratic Party officials to a party with prostitutes.

But not all their plans were rejected.

In 1971 a few months before the Watergate burglary, Liddy was part of the break-in at the offices of a psychiatrist who was seeing Daniel Ellsberg, a former U.S. military analyst who leaked the top-secret Pentagon Papers about the U.S. war in Vietnam. 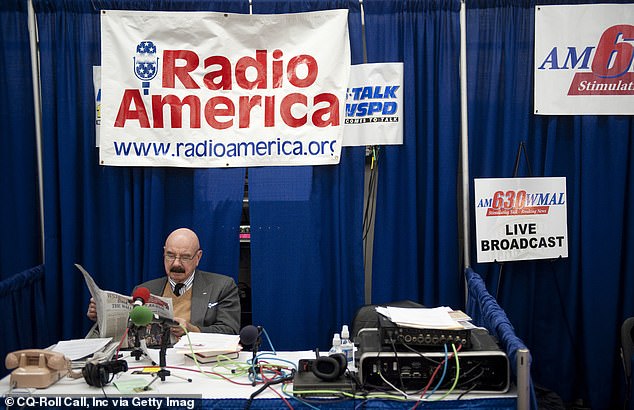 Liddy is seen at CPAC in February 2010, reading The Wall Street Journal from his radio booth

Then came the break-in that would undo Nixon.

Liddy and Hunt came up with the plan to get into the Democratic National Committee headquarters at the Watergate hotel-office complex in Washington as Nixon was seeking re-election in 1972.

After his team was caught, Liddy would be convicted of conspiracy, burglary and wiretapping for the Watergate and Ellsberg break-ins.

He was sentenced to up to 20 years in prison and served nearly five before being released – thanks to a commutation in 1977 from Democratic President Jimmy Carter, who felt his sentence was out of proportion to those meted out to other Watergate criminals.

Unlike his six co-defendants, Liddy refused to cooperate with prosecutors, which had led a judge to add 18 months to the prison term because he would not answer a grand jury’s questions.

Liddy’s time in prison was the longest of any Watergate figure but he remained unapologetic about his crime and told the New York Times he would do it again if asked.

He also was proud about not cooperating with the grand jury while denouncing those who had.

He drove a Rolls-Royce with a license plate that said ‘H20-GATE.’ 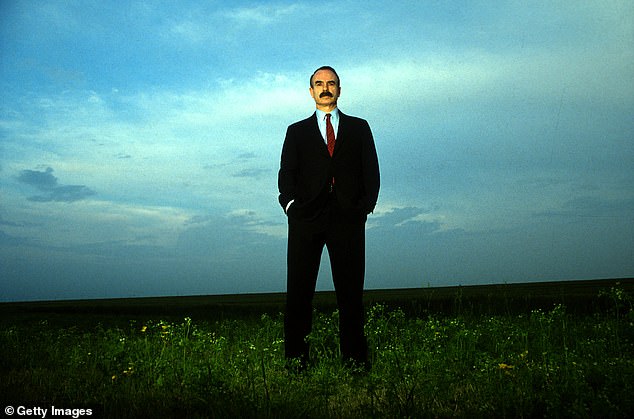 After prison, Liddy started a security-investigation firm, wrote best-selling books, had a few acting roles on television and in movies and in 1992 became host of a Washington-based radio talk show that was eventually syndicated to more than 225 stations. He retired in 2012.

With ramrod-straight posture and a trademark brushy mustache, Liddy was known for his bravado.

He bragged about being able to hold his hand over a flame without flinching and spoke of being able to kill a person with just a pencil.

When callers to his radio show asked how he was doing, he barked: ‘Virile, vigorous and potent!’

Liddy said he was a wimp as a child until he decided to do something about it.

In his 1980 autobiography ‘Will,’ he said he was inspired by the tenor of the speeches of Adolf Hitler that his family’s German maid listened to on the radio and determined to make a man of himself.

His course included roasting and eating a rat and lashing himself to a tree during a lightning storm to overcome his fears.

According to the Washington Post, Liddy said in at least two speeches that Nixon lawyer John Dean orchestrated the break-in to steal pictures of scantily clad prostitutes, including Dean’s then-girlfriend, from Wells’ desk.

A federal jury deadlocked and the case was dismissed. 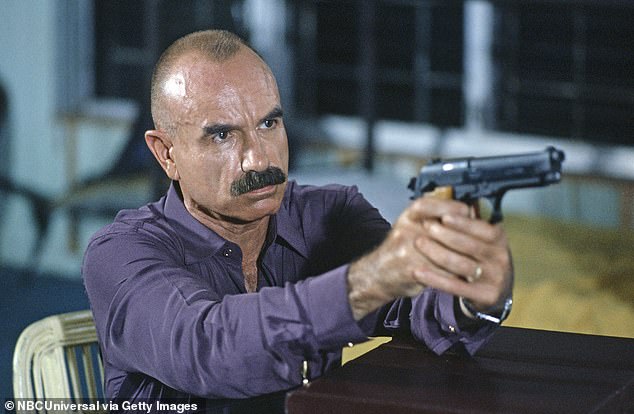 After two years’ U.S. Army service, Liddy became a special agent of the FBI before resigning in 1962 to practice law in Manhattan.

He then served as prosecutor in New York’s Dutchess County, where he was known for wearing a pistol to court.

‘He believed passionately in the dangers of drugs, criminals and Communists,’ said a New York Times profile in 1973.

As a prosecutor, he was involved in the 1960s raid on Timothy Leary, the former Harvard professor and LSD advocate who had a commune near Poughkeepsie, New York.

In the 1980s the two men would tour the nation putting on debates on moral and social issues.

Liddy unsuccessfully sought election to Congress from New York’s 28th district in 1968 but that year played a significant role in Nixon’s presidential campaign in the district.

Liddy and his wife, Frances, who died in 2010, had five children.