Are you nuts? Fearless squirrel takes on a COBRA… and lives to tell the tale (with help from a surprise source)

A squirrel took on a deadly cobra and lived to tell the tale, saving holidaymakers in the process.

The fearless animal stared the baby cobra down in a ‘boxing-style face-off’ in a Kgalagadi desert campsite in Nossob, Botswana, before it craftily dodged its lunges and scared the snake away.

The squirrel intercepted the snake, which can kill a person with a single bite, as it slithered towards the campsite. 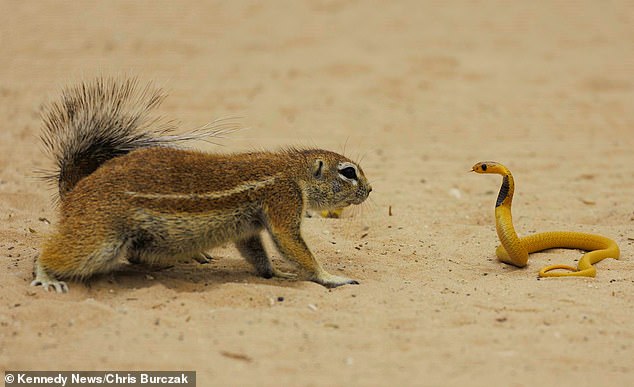 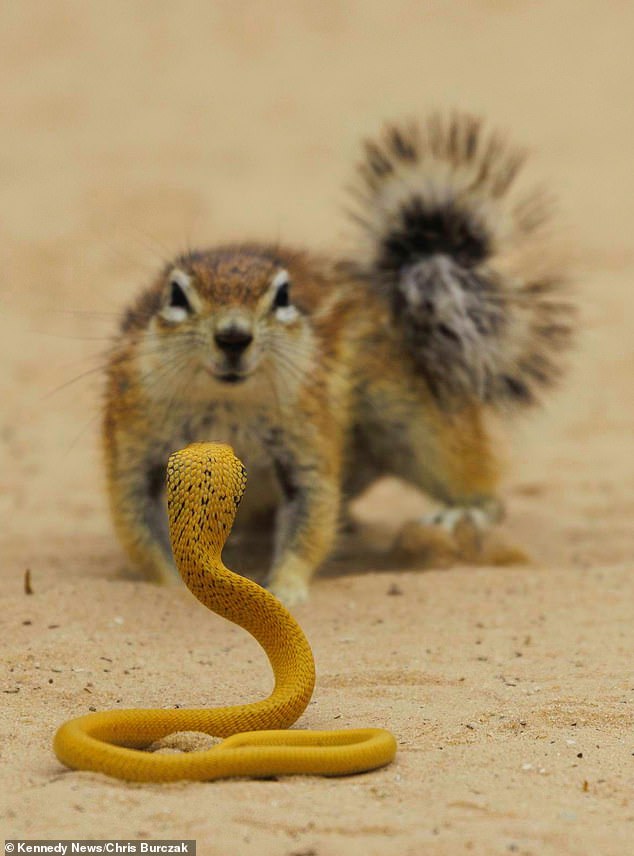 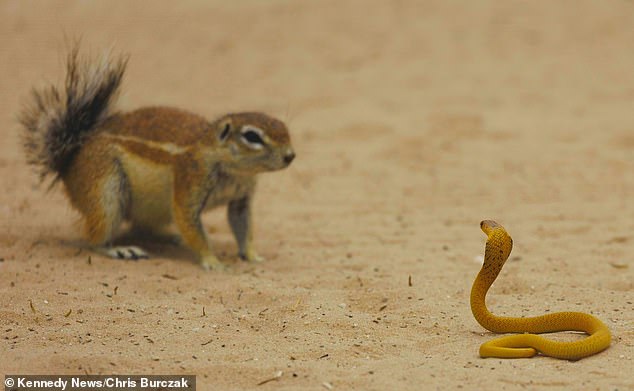 A single bit from a cobra like this one could kill a person, let alone this brave squirrel

The 45cm African ground squirrel stood still as the venomous snake, which can kill a person with a single bite, fiercely raised its head and fanned its neck.

The squirrel dodged three lunges from the snake, which was trying to land a killer bite.

It stood its ground for five minutes until the startled cobra was ushered away by a camper’s broom.

Baby Cape cobras are more deadly than older ones as they can’t limit their venom releases. 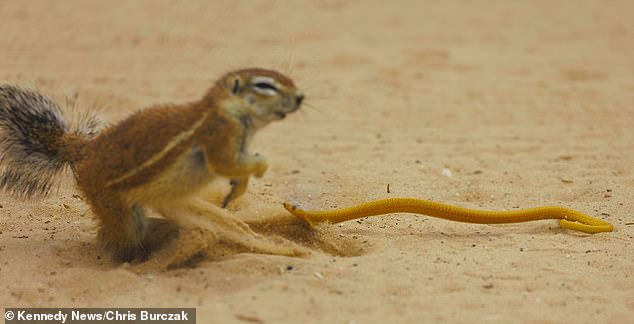 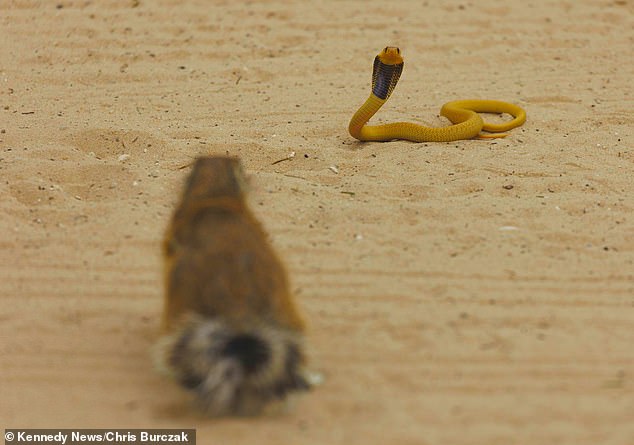 The animal duo were in a Kgalagadi desert campsite in Nossob, Botswana. The cobra flared its neck to appear menacing

He said: ‘They faced off like it was a boxing match. They got really close at times. It went on for about five minutes.

‘I’ve never seen anything like it before. It’s so unique.

‘We’d heard this commotion and someone said there was a snake.

‘A ground squirrel saw it and approached it, so the snake stood up. They both had a really good look at each other and the snake struck at it three times but didn’t get it.

‘The squirrel was really fast and jumping backwards. It was definitely a brave and lucky squirrel.

‘Maybe the squirrel thought it was a threat to its home.’