Home » World News » Federal rebates are expected to create a surge in electric vehicle buyers. Key things to know before you make the leap.

Federal rebates are expected to create a surge in electric vehicle buyers. Key things to know before you make the leap. 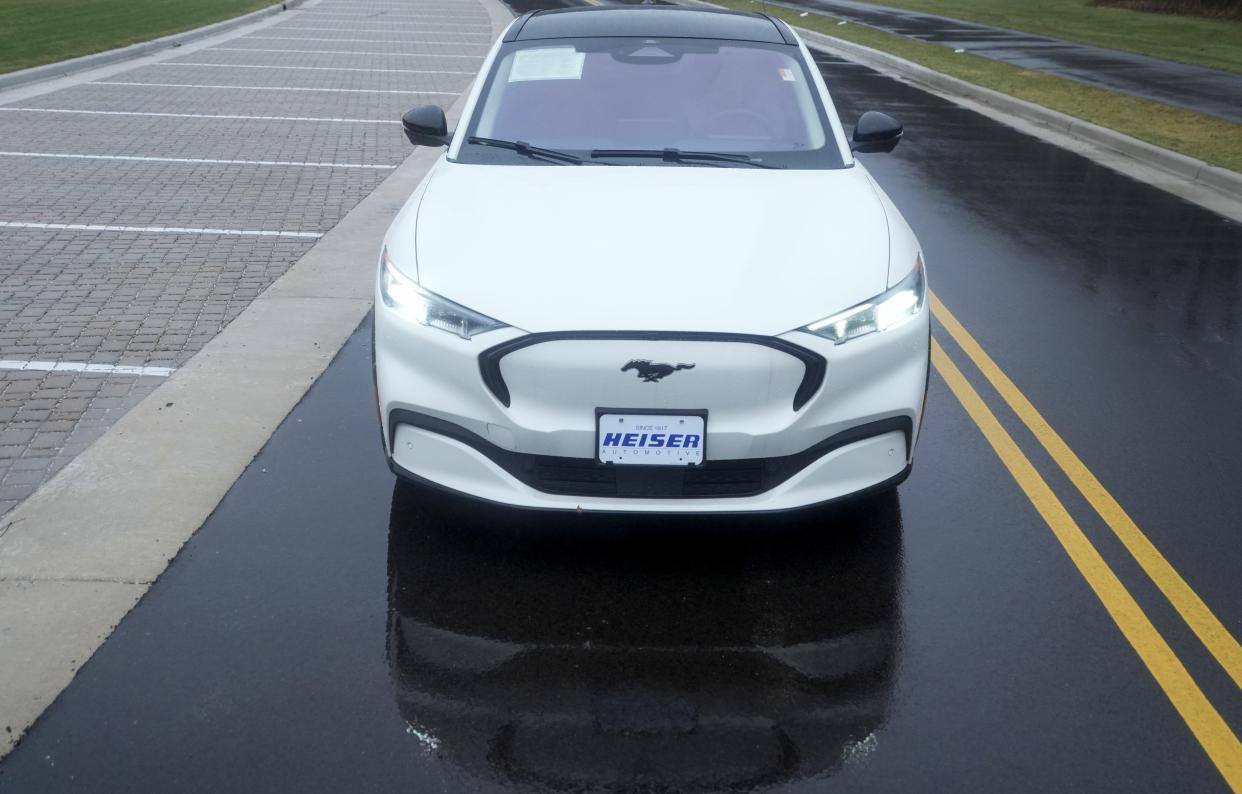 You’ve seen the manufacturers’ ads touting new lines of sporty, exciting electric cars and trucks. And you’ve likely read about the federal tax rebates of up to $7,500 that rolled out with the start of the new year.

It’s already adding up to rising interest in electric vehicles after a slow start that has lagged much of the industrialized world. At the start of 2022, just 5% of vehicles sold in the U.S. were battery-powered electric cars and trucks or plug-in hybrids. That’s expected to rise to 9% by the end of the year and near 50% by 2030 thanks to the Inflation Reduction Act’s consumer and manufacturer incentives.

But industry observers and car dealers warn that the hype and enthusiasm may be a little premature – inventories are tight and only starting to improve.

Supply chain roadblocks are holding up some deliveries while manufacturers are still trying to ramp up production of new models and catch up to growing demand. That means waiting lists for some models now on the market can extend a year or more, while other vehicles like the new Chevrolet Silverado and SUVs that you’ve seen on TV won’t start to ship until mid-2023.

“It’s a unique time for us with these vehicles because there is a strong demand, but there’s a low supply,” said Blain Boudreau, general manager at Heiser Ford in Milwaukee. Supplies are so tight, Bourdreau said, that the dealership bought a used, low-mileage Mustang Mach-E to ensure it had a car for customers to see and test drive.

If you’re considering making the leap, those delays give you time to do your homework. From how and where you drive a car to the availability of charging stations in your community, here are a few things to consider.

There’s a phenomenon known as “range anxiety,” and it remains a real concern for electric vehicle drivers taking longer trips.

In 2021, the average range of a fully charged EV was 234 miles. This year, the number of vehicles that can go 300 or more miles on a full charge nearly tripled, from five to 14, according to the U.S. Department of Energy.

There’s a cost trade-off: In general, the longer the range, the bigger the battery and the higher the vehicle’s cost.

More:Used car price bubble is set to burst in 2023 as inventory stabilizes

That raises the question of how much range a buyer really needs. The answer depends on a buyer’s driving habits and their plans for the vehicle.

“That’s part of a discussion with the customers: ‘I understand you’re looking to be in certain budget, but is what you’re getting in return going to meet the needs of the family?'” said Joe Valdez, sales manager at Rosen Nissan in Milwaukee.

Joel Levin, executive director of Plug In America, said drivers tend to think about range in terms of the longest trips they might take, but most drivers can get by with less range than they might think they need if they focus on how they really use a vehicle.

According to McKinsey and Co., the average person drives 30 miles a day.

Keeping that in mind and focusing on daily needs versus the occasional long trip can dramatically change the equation when shopping for a vehicle, Levin said.

“And if you’re in a car household, everything really changes because it’s very common in a two-car household to have one car that you use to get around town and another car that you use for road trips,” Levin said. “In that case, you can get an EV that’s going to be an around-town car. You know, range matters a lot less you just need a car that can comfortably get you where you need to go around town.”

Traditional hybrids have smaller batteries that are charged by braking and only use the battery for power at lower speeds. Rebates for those vehicles ended in 2022.

Geography matters: How patient are you?

States will begin to build out a network of high-speed charging stations this year, but the work is initially targeted at building the network along interstate highways. That follows the pattern that Tesla used as it built out its proprietary charging network.

The high-speed stations can bring a battery up to 80% of its capacity in a half hour or less. However, comparable charging speeds could be hard to find for quite a while in rural areas and even in many cities.

Tesla owners have a built-in advantage for now. The company has steadily expanded its Tesla-specific nationwide charging network to include both high-speed chargers and less powerful charging stations.

Valdez said driving habits and driver expectations are always part of the initial conversation with customers who are thinking about switching to an electric vehicle.

“If it’s your primary vehicle, then you’ll need to consider some realities that the vehicle will need to be charged without failure,” Valdez said. “If you’re planning vacations, you’ll need to plan routes where you can charge.”

Apps are available to help plan routes that ensure drivers can get to charging stations when needed, but not all of the locations will have high-speed chargers. Even then, drivers will need to be patient, to adopt a mindset that includes a willingness to take a break rather than quickly gassing up and getting back on the road.

Some may find that’s too big a leap.

Boudreau shared the story of a customer who bought a new F-150 Lightning. He loved the truck, Boudreau said, but then, while charging it one day, he decided he didn’t have the time to wait a half hour to recharge the truck’s battery.

“He was on his way home, pulled over to a Ford store, charged it up. It took too long,” Boudreau said. “He said, ‘I don’t have the patience, it’s not for me, I’m gonna get a diesel.'” 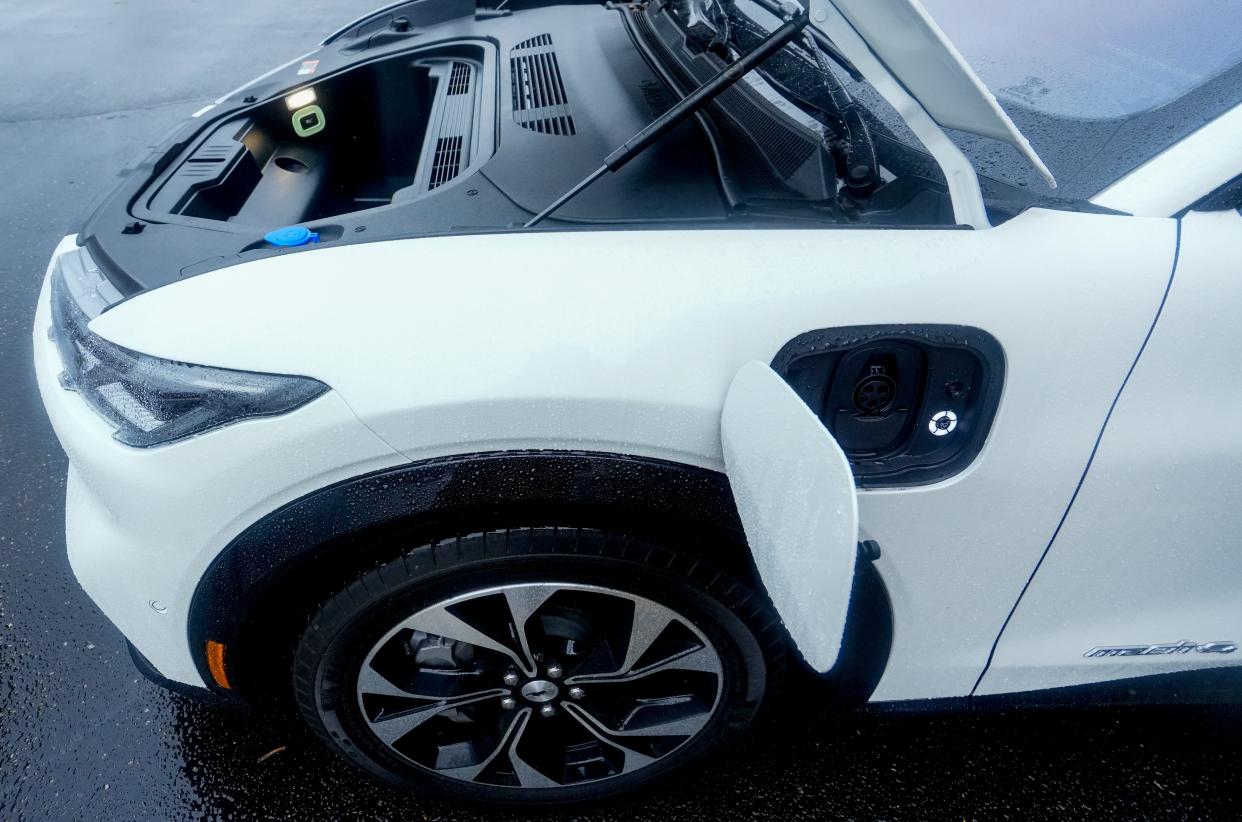 Counting on a rebate? Check the details

The Inflation Reduction Act’s EV rebates are as much about building domestic production as they are about encouraging consumers to make the switch.

That means, first and foremost, that final assembly of the vehicle has to be done in North America. The law’s goal is to develop domestic manufacturing capacity, which will take time and, in the short term, limit the number of vehicles that qualify for the full credit.

Also, the credit is available only for passenger vehicles that cost less than $55,000 and trucks, SUVs and vans priced under $80,000. That locks out many luxury models and the top-end versions of some trucks and SUVs.

The battery also makes a difference. The credit is actually two separate credits: $3,750 if at least half of the battery was assembled and manufactured domestically or in a country with a Free Trade Agreement with the United States, and the other half available if at least 40% of the battery’s mineral content, including lithium, nickel, and cobalt, was sourced from those countries.

But there’s a twist: the Internal Revenue Service is still working to finalize the program’s rules and, for now, the tax credits are available but the battery requirements are on hold at last until March, Levin said. That creates a short window in which more cars will qualify.

“The message that I take is, if you’re interested in buying one of those vehicles, you should go do it now because it’s possible that it won’t comply once the new rules come out,” Levin said. 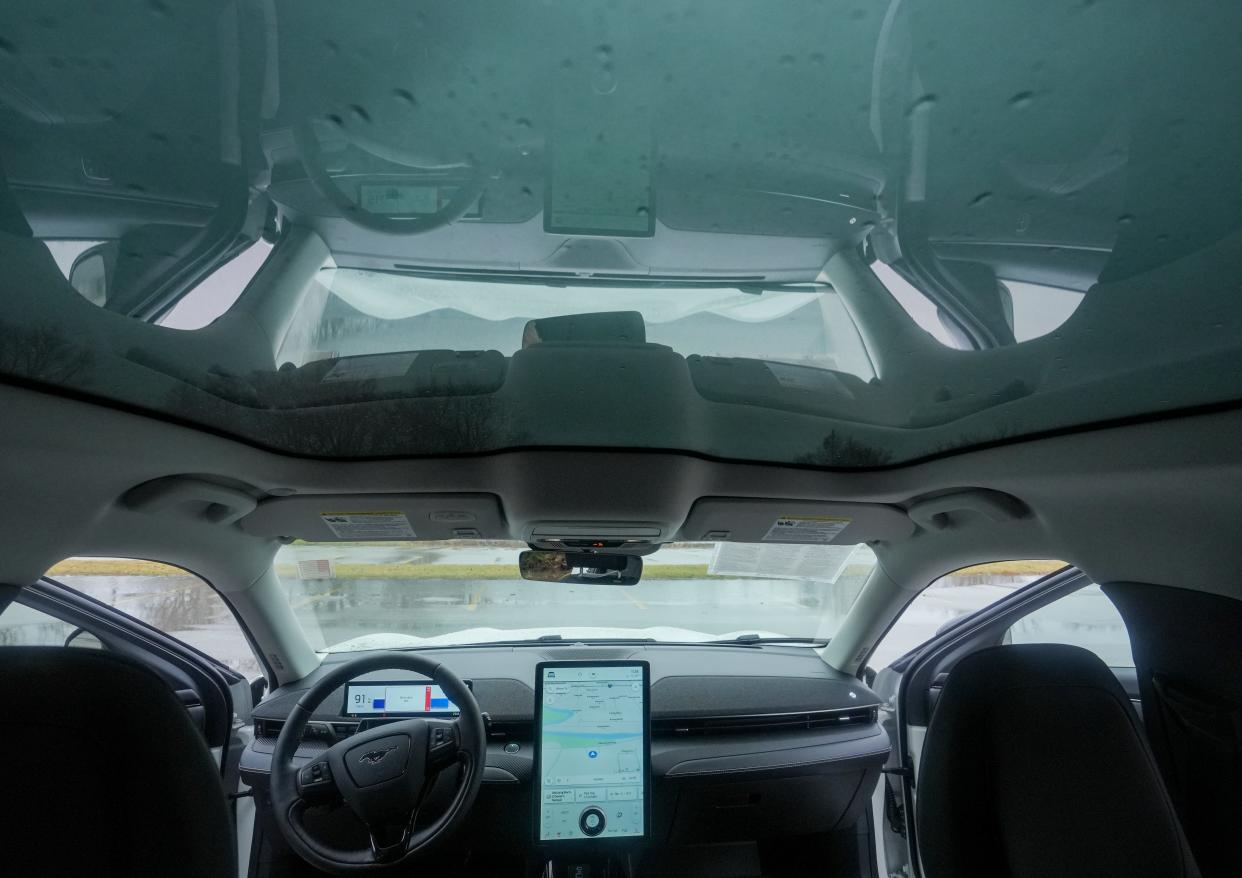 One of the biggest changes ushered in to the EV marketplace by the IRA is a tax credit of up to $4,000 for a used vehicle.

But there’s also an advantage to buying a used vehicle: It doesn’t have to meet the same battery and assembly requirements as new cars to qualify. That opens the door to a much wider variety of brands and models.

And a used EV can be a much better deal than an internal-combustion vehicle, Levin said.

“Maintenance is very, very low with EVs in general, and fueling costs are very low. So you’re saving money on the purchase price, but you’re not making up for it by having these additional costs of fuel and maintenance,” Levin said. “So that’s why these are cool – they don’t have a lot of moving parts.”

Most manufacturers warranty their batteries for eight years or 100,000 miles, and studies have found that batteries lose 1% to 2% of their capacity each year. Some cars have software that displays how much of a battery’s original capacity remains, while others require a test by a dealer.

“When you buy a used EV, the main thing you have to look at is battery health. And if the battery is in good shape, you know it’s a pretty solid car,” Levin said.

This article originally appeared on USA TODAY: Electric vehicle sales to jump this year with federal rebates on tap