Fiancée reveals how she tried to save transgender lottery winner

The heartbroken fiancée of transgender lottery winner Melissa Ede, has spoken of the moment she found her partner and the cause of her death.

Former taxi drive, Ms Ede, from Hull died aged 58 on Saturday evening, and her fiancée Rachel Nason has now revealed how she tried to save Ms Ede’s life after finding her slumped in her car.

Ms Ede became a multimillionaire after winning £4million on a £10 National Lottery scratchcard in December 2017 and was well known for appearing on daytime TV shows including Jeremy Kyle and Judge Rinder.

She was rushed to hospital with ‘crushing chest pains’ a week ago, but despite claiming she was unable to breathe properly, doctors said she was fine.

Rachel said that she saw Ms Ede slumped in her car and tried to perform CPR before emergency services arrived. Rachel said she got the call this morning which stated that Ms Ade had Ischemic Heart Disease. 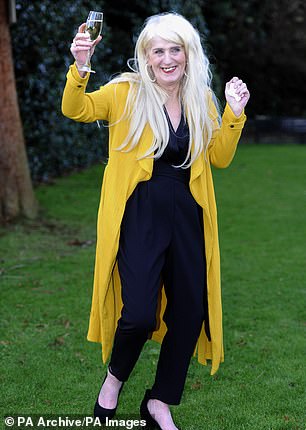 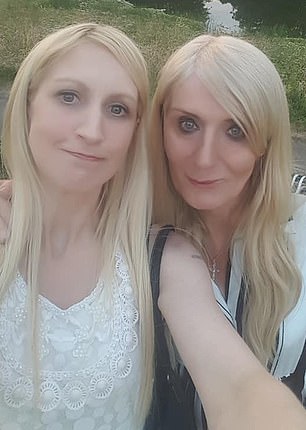 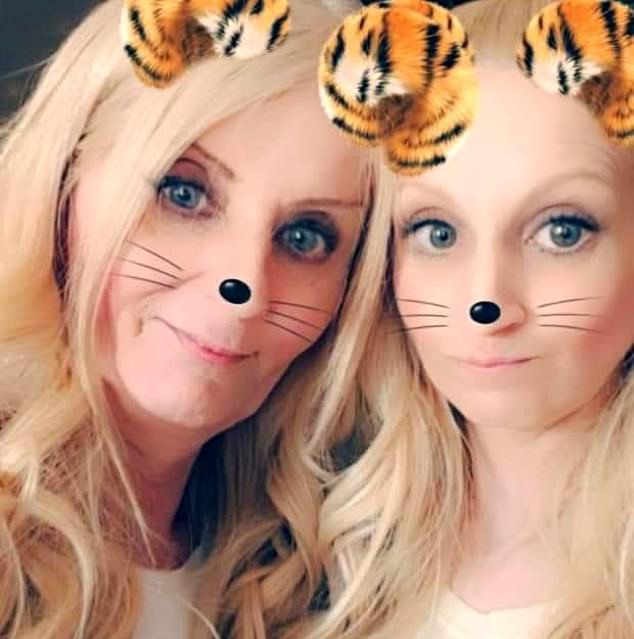 She said that ‘Mel hadn’t been aware of this’ and that if she had, she would have sought medical advice as soon as possible.

Rachel also thanked paramedics for ‘not giving up’ and also praised Humberside Police for being in attendance.

Today, Rachel told of how Ms Ede had been on her way to buy cigarettes from a petrol station when she collapsed.

In a heartfelt Facebook post she said: ‘Mel was rushed to hospital last Sunday as we all know and came home 5 hours later with the all clear.

‘Throughout the week Mel seemed to be suffering with some minor symptoms like arm ache, fatigue and lots of burping but was out and about as normal apart from Friday and Saturday when she slept during the day for a fair few hours which isn’t like her at all.

‘She didn’t feel ill enough to visit a GP but did say if after the weekend she still feels sh*t she will go to the docs. 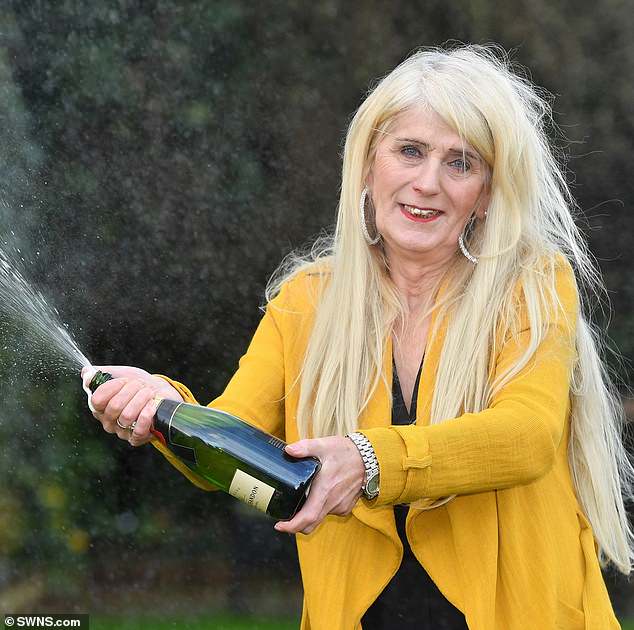 Melissa Ede, 58, who won £4m on a scratchcard, is pictured at the time celebrating her win. Her fiancee has confirmed she died on Saturday

‘Saturday night, Mel had a bath and was popping to garage to get some cigs, I could hear her car engine revving outside and just assumed she was checking the engine or something.’

She added that pizza was then delivered for the children and it was then that she saw Ms Ede slumped in her car.

‘I ran to it and started shouting ‘Mel wake up’ but she didn’t even flinch.

‘I put my hand on her chest and ear near her mouth but could feel no heartbeat or hear no breath. I ran inside and got my phone and called 999.

‘My son had to help me get Mel out the car and onto the floor so I could begin CPR and within minutes the ambulance arrived and took over.

‘They tried so hard for what seemed like an eternity but after an hour they asked us to sit down and the paramedic with tears in his eyes told us they tried absolutely everything.’

Rachel also revealed that at 9am this morning, she received the autopsy results.

‘Mel had Ischemic Heart Disease which is very hard to detect and suffered acute hemopericardium causing a sudden heart attack.

‘Mel obviously didn’t know she had this otherwise she would of sought medical advice asap.’ 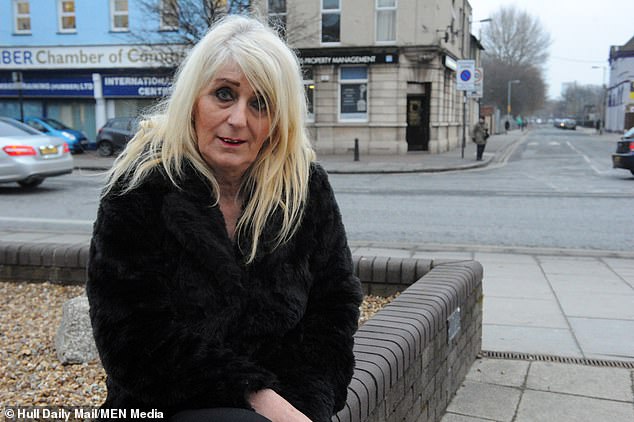 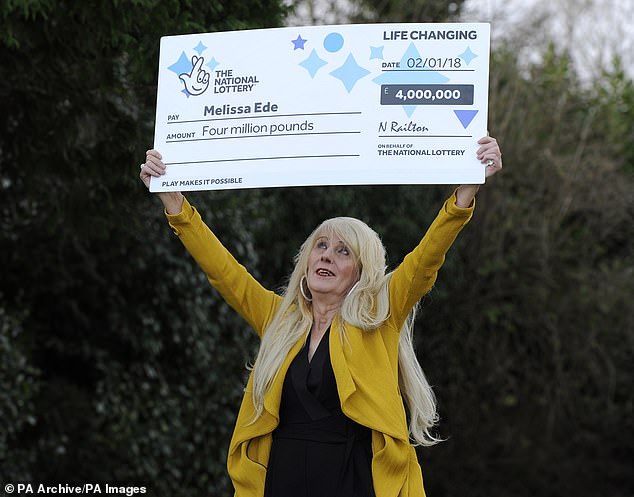 Ms Ade 58-year-old had previously claimed trolls had told her they ‘wished she died’ in a video posted online, but retorted: ‘First, people say it’s a shame I’m not dead. I’ve got a message for you people.

‘There’s nothing wrong with with this ticker or my lungs. All been checked out. So you’ve got me for quite a while, yet. I’m sure that’ll make you all happy.’ 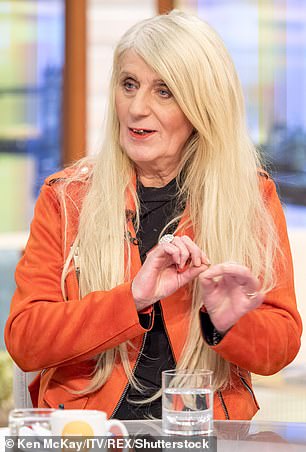 Medics carried out tests after she was admitted to hospital in the early hours of last Monday, but despite what she claimed were ‘classic signs’ of a heart attack, she was told her lungs and heart were both working well and put it down to stress, anxiety or over exertion.

Ms Ede spoke out about the scare to thank the NHS and Yorkshire Ambulance Service for looking after her.

Her fiancee confirmed that funeral arrangements are being made and details will be released to the public soon.

Her family have said the funeral will be a fitting tribute to her.

She had also been forced to call out people who repeatedly referred to her as ‘he’ and not ‘she’.

She posted: ‘How big is your brain? It’s pea sized because you can’t think of anything else to say. That’s all you ever come back, ‘it’s a he not a she’.

‘Sorry to inform you but I’ve had full gender reassignment surgery which makes me a she and also, I do have a little look at people’s profiles and I’ve gone onto your profiles and seen you with your wife.

‘And all I can say is I am more of a woman than she will ever be and some of the women commenting and calling me a he, we are not going to name anybody here, but, again, I click on them. 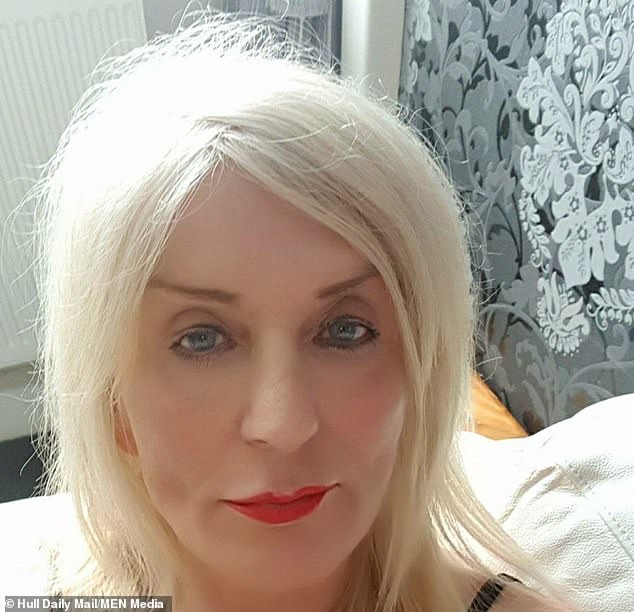 Pictured: Melissa Ede, who has died aged 58 a week after complaining of chest pains

Just last month she unveiled her new look after spending £50,000 of her winnings on lip fillers, botox and new teeth.

Ms Ede was already well-known for her TV appearances when she hit the jackpot at the end of 2017.

What is Ischaemic Heart Disease?

Also known as Coronary Heart Disease, Ischaemic Heart Disease is when your coronary arteries become narrowed by a consistent build-up of fatty material within their walls.

The health of these arteries is extremely important as these supply your heart muscle with oxygen-rich blood.

Eventually the arteries could become so narrow that they cannot deliver enough oxygen-rich blood to the heart.

The pain  and discomfort from this is also known as Angina.

Blood clots and blockages could then be caused if a piece of atheroma (artery wall) breaks off.

It may block your coronary artery and cut off the supply of oxygen-rich blood, making your heart permanently damaged and subsequently causing a heart attack.

After she became a multi-millionaire she vowed to continue posting videos about her life to her YouTube channel, which have been viewed hundreds of thousands of times.

She memorably applied to go on a Space mission to Mars and had planned to write an autobiography.

She started living as a woman around 12 years ago and underwent gender reassignment surgery in 2011.

Ms Ede claimed her four children had ‘disowned’ her after she transitioned and had previously said they would not be getting any of her money.

She famously appeared on Jeremy Kyle, which has today been cancelled indefinitely after a guest died a week after taking part, when her daughter found out she was not Ms Ede’s biological child.

‘I know we should all love our children unconditionally but they cut me out of their lives,’ she previously told the Sun.

‘They weren’t there during my hardest times and rejected me.’

Tributes from her neighbours in Hull have already come flooding in.

One person wrote: ‘So sad you always made me laugh, my love and thoughts are with her loved ones R.I.P Mel.’

Another posted: ‘Such a shock such a wonderful person deepest sympathy to Rachel and family.’

Someone else commented on Facebook: ‘How sad – she suffered so much abuse from some people (particularly on here) was just starting to achieve some real happiness in her life – RIP Melissa.’

Others hit back at online trolls slating her, with one person posting: ‘This is so sad, she never did any wrong to anyone yet so many judged her & were absolutely vile to her in comments on here in the past.

‘Words affect people, they hurt and they can cause all sorts of stress to that individual. Maybe we should all learn to be a little kinder. After all it costs NOTHING!!!! RIP, thoughts are with her friends & family today.’ 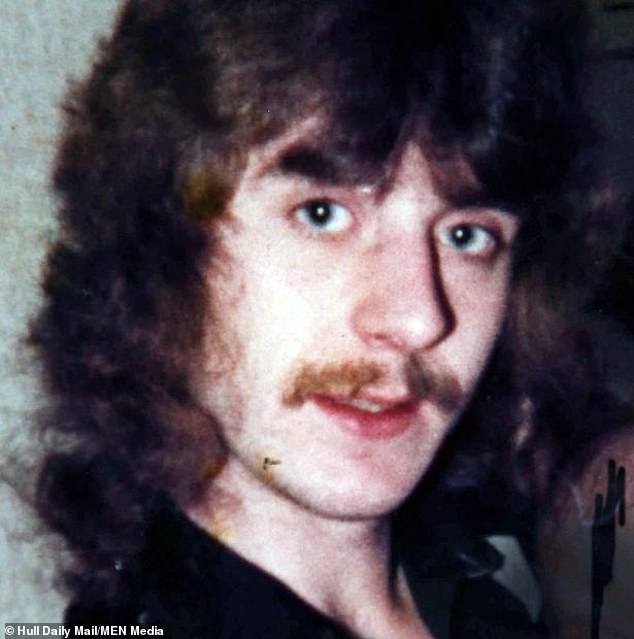 Melissa Ede is pictured before she transitioned, when she was known to friends as Les 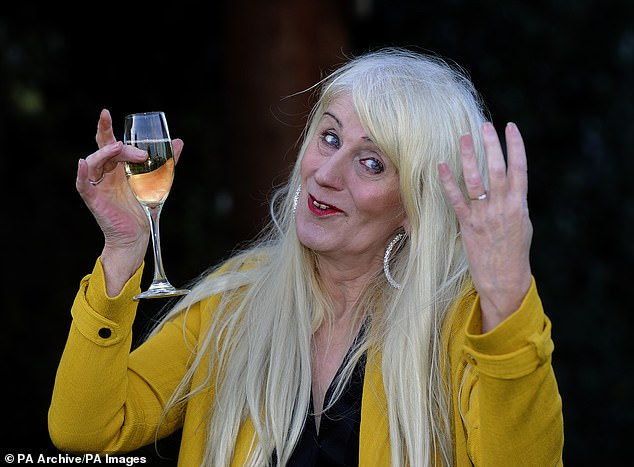