Wellington: Sitiveni Rabuka became Fiji’s prime minister on Saturday after a coalition of parties voted to install him, signalling an end to Frank Bainimarama’s 16 years in power.

The appointment of Rabuka ends 10 days of uncertainty after an election delivered a hung parliament. Fiji’s Social Democratic Liberal Party (SODELPA) on Friday voted to form a coalition with Rabuka’s People’s Alliance and the National Federation Party. 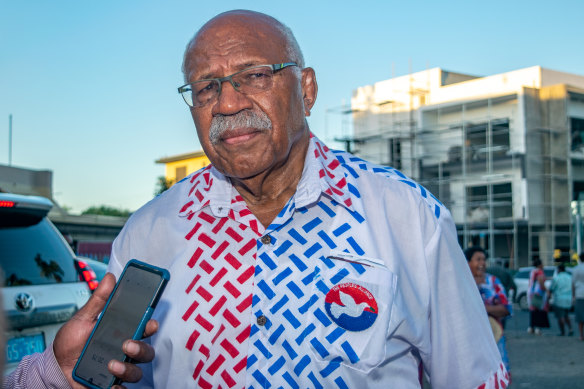 The deal was designed to dislodge Fiji First’s Frank Bainimarama, who has led the Pacific archipelago since a 2006 coup.

Saturday’s secret parliamentary vote for prime minister was closer than had been expected, with 28 members of parliament voting for Rabuka while 27 voted in support of Bainimarama. The coalition holds 29 seats in parliament, indicating that one member had broken ranks to vote in favour of the former prime minister.

Fiji has been pivotal to the strategically located South Pacific’s response to increasing competition for influence between China and the United States. Rabuka has said he favours Western-style democracy.

In a press conference earlier this month, SODELPA’s leader said he wanted Fiji’s foreign relations to be closely aligned with Australia, New Zealand and some members of the Pacific Islands Forum. 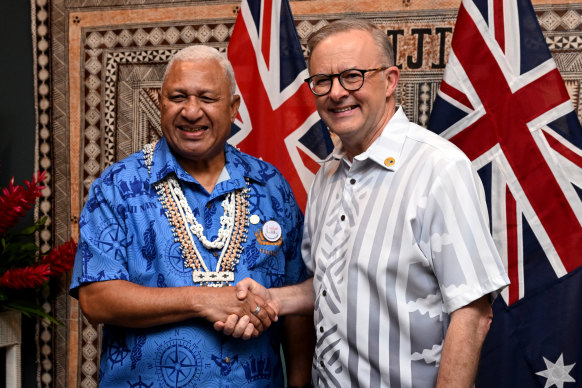 Fiji has a history of military coups, with Rabuka staging two in 1987, and at times witnessed tense race relations between its indigenous majority and a large ethnic Indian group until constitutional reform in 2013 removed a race-based voting system that favoured indigenous Fijians.

Although the military was called in to assist police in maintaining law and order on Thursday, the country has remained peaceful.

The prime minister and his cabinet will be sworn in by the president.