Partygate fines for ‘up to 20’ Government revellers who broke lockdown rules for boozy gatherings in No 10 and the Cabinet Office are ‘due imminently’, sources claim tonight

The Metropolitan Police are expected to be making their first set of fines for Downing Street lockdown breaches during the Coronavirus pandemic.

Two months after the force began looking into Sue Gray’s Whitehall inquiry of alleged breaches of Covid restrictions, government insiders have revealed that the Met have made referrals for the first ‘tranche’ of fixed penalty notices.

Police are investigating 12 separate events in No 10 and the Cabinet Office across 2020 and 2021, with Prime Minister Boris Johnson said to have attended six of.

Sky News reported that up to twenty fines could be issued in the coming hours. 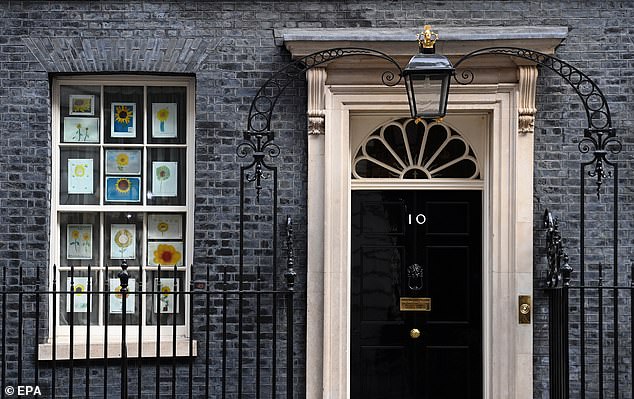 According to The Guardian, sources have revealed that the force have sent out questionnaires to over 100 staff members, aides, and ministers, including Johnson, his wife Carrie, head of the civil service Simon Case, and former private secretary to the PM, Martin Reynolds.

No fixed penalty notices were issued as of last week, with the Met stating that it was ‘intending to start questioning witnesses’.

Over 300 photographs, including both those taken at parties and security-system footage, and 500 pages of documents, have been obtained by Scotland Yard.

Led by Jane Connors, the Met’s deputy assistant commissioner and lead for Covid enforcement, detectives from the special enquiries team, which focuses on sensitive cases, are carrying out the investigation.

Criminal records office Acro is issuing the fines after receiving paperwork from the London force.

Civil servant Sue Gray will publish the full report once the Met Police finish their inquiries, as she has only published a redacted version of the investigation so far.

The gatherings at the heart of government included leaving dos, an alleged gathering in Prime Minister Johnson’s flat, and a summer drinks party with a ‘bring your own booze’ memo for all those attending.

Both the Met Police and No 10 declined to provide a comment for MailOnline on the matter as it is an ‘ongoing investigation’.

So far in the Partygate scandal, Downing Street has declined to comment on if the Prime Minister has been questioned by police as of yet – but allies of Johnson are understood to believe he won’t be because ‘the Met said they wanted to speak to witnesses rather than those under investigation’, report The Guardian.