First pic of boy, 2, killed by leopard in front of horrified dad at family BBQ in South Africa's Kruger Park

THE is the first picture of a two-year-old toddler who was mauled to death by a leopard in front of his family.

Courtney Ntimane was playing outside his home when the beast jumped down from a wall and attacked him. 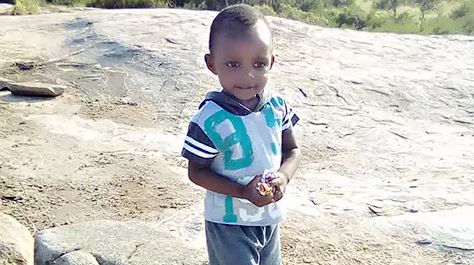 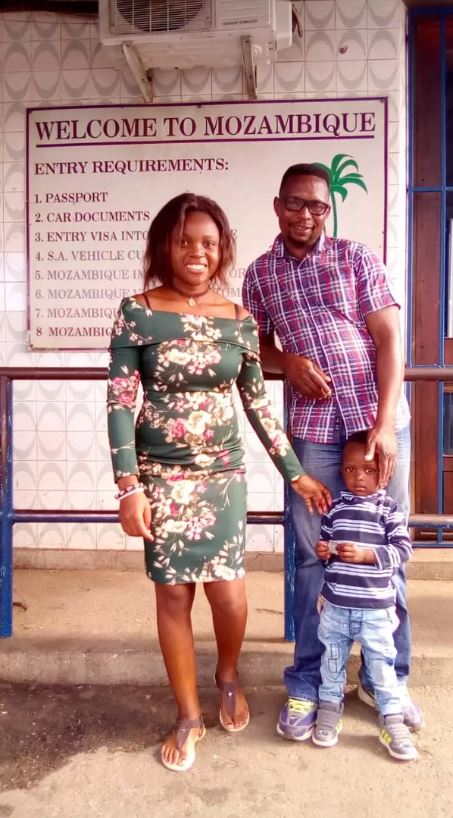 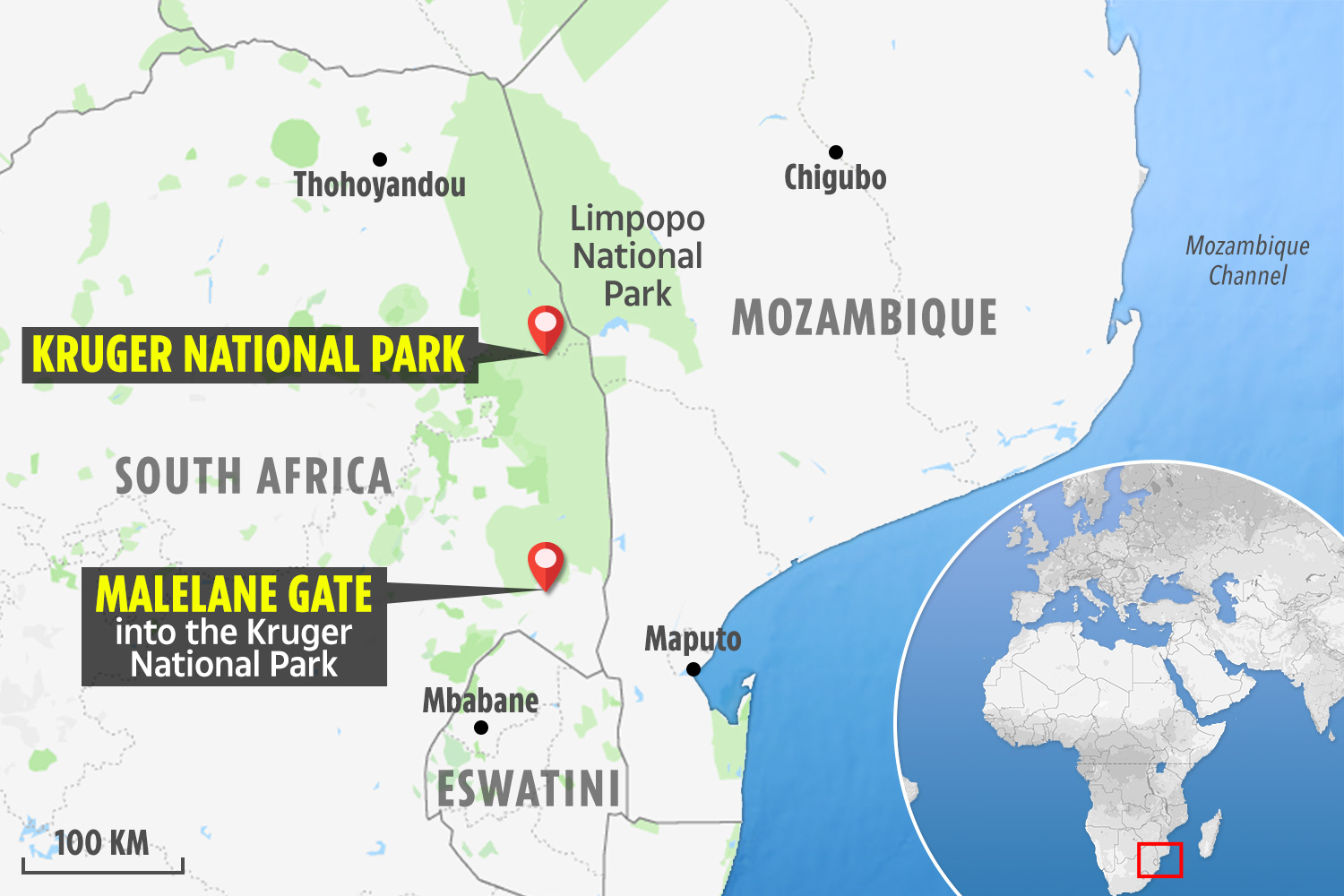 The leopard dragged the little from his garden at a family BBQ in Kruger National Park, South Africa.

It comes as a pride of 14 lions today escaped their reserve in the same park, which is popular with Brits, with an urgent warning issued to tourists and residents.

In the moments before the leopard attack, the family were having a barbecue in their fenced-off compound. It is thought the cat may have been attracted by the smell of meat.

After dinner, dad Isaiah Ntimane, 35, a technician who repaired tourist facilities in the park, said he went inside their home while Courtney sat outside playing with his mum's mobile phone.

But he suddenly heard screams from outside.

MAULED IN FRONT OF HIS DAD

Speaking to local newspaper The Star, he said: "I rushed back out to see what the commotion was all about."

Outside he found his toddler hanging from the jaws of the leopard which was trying to drag him away.

When challenged, the cat dropped his badly bleeding son and leapt over the fence and disappeared into the night.

Isaiah said: “We rushed him to Shongwe Hospital but when we arrived he was already dead.

"They put him on a bed and looking into his eyes and saw no sign of life.” 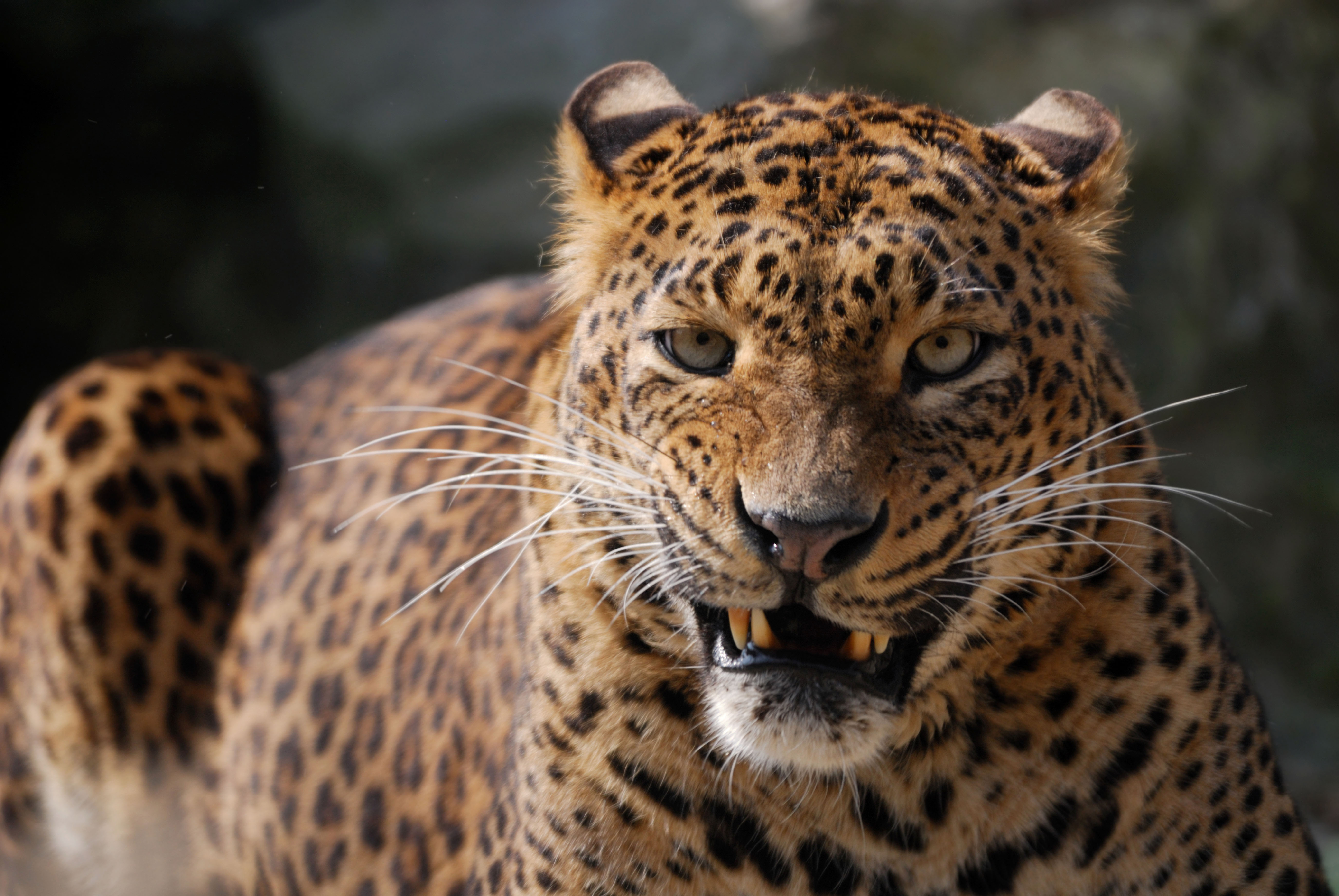 A game ranger later tracked down the big cat and shot it dead.

The boy lived with his parents inside a fenced off area while his dad was a technician who repaired tourist facilities, a source at Kruger said.

A Kruger National Park spokesman said: "The leopard came in after dark and got to the boy and to be honest what happened was over very quickly as the leopard was chased off but the boy suffered terrible injuries.

"He was barely alive when he was put in the truck but by the time he reached the hospital it was too late.

"The leopard had to be tracked down and killed as it had attacked a human and was now a danger to others."

The source added that prey animals, such as impalas, often gather near the staff quarters which attracts bloodthirsty predators to the area.

He added: "It was an opportunist attack and fortunately this is a very rare occurrence." 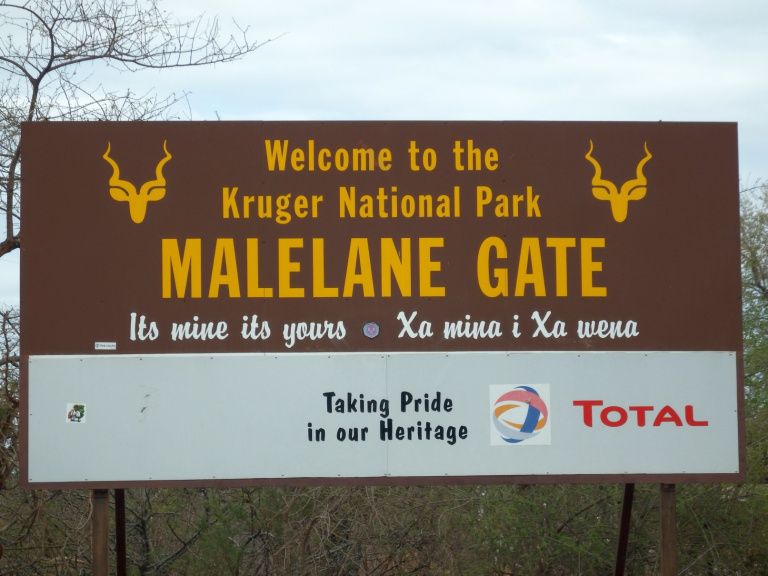 Fundisile Mketeni, CEO of South African National Parks, said: “Our prayers are with the family and we wish them strength and they have all our support.

“It is an unfortunate risk that our staff experience when they live and work in environments like the KNP with animals but these events are very rare but always tragic when they occur.

"This is the risk that we live with on a daily basis as we help to conserve our many animal species for the benefit of all. May the young toddler's soul rest in eternal peace."

The Kruger National Park in north-east South Africa is home to many species including the Big Five of elephant, rhino, buffalo, lion and leopard.

There are some 10,000 leopards roaming wild in the Kruger National Park along with many other deadly predators.