Home » World News » First pic of British boy, 13, ‘who died in front of his mum’ after falling from sixth-floor of Costa del Sol apartment – The Sun

First pic of British boy, 13, ‘who died in front of his mum’ after falling from sixth-floor of Costa del Sol apartment – The Sun

THIS is the first photo of a 13-year-old British boy who died after falling from a sixth-floor holiday flat in the Costa del Sol resort of Fuengirola.

Lucas Briscoe died at the scene of the tragedy after landing on an internal patio at the apartment block where he was staying with his mum and a friend. 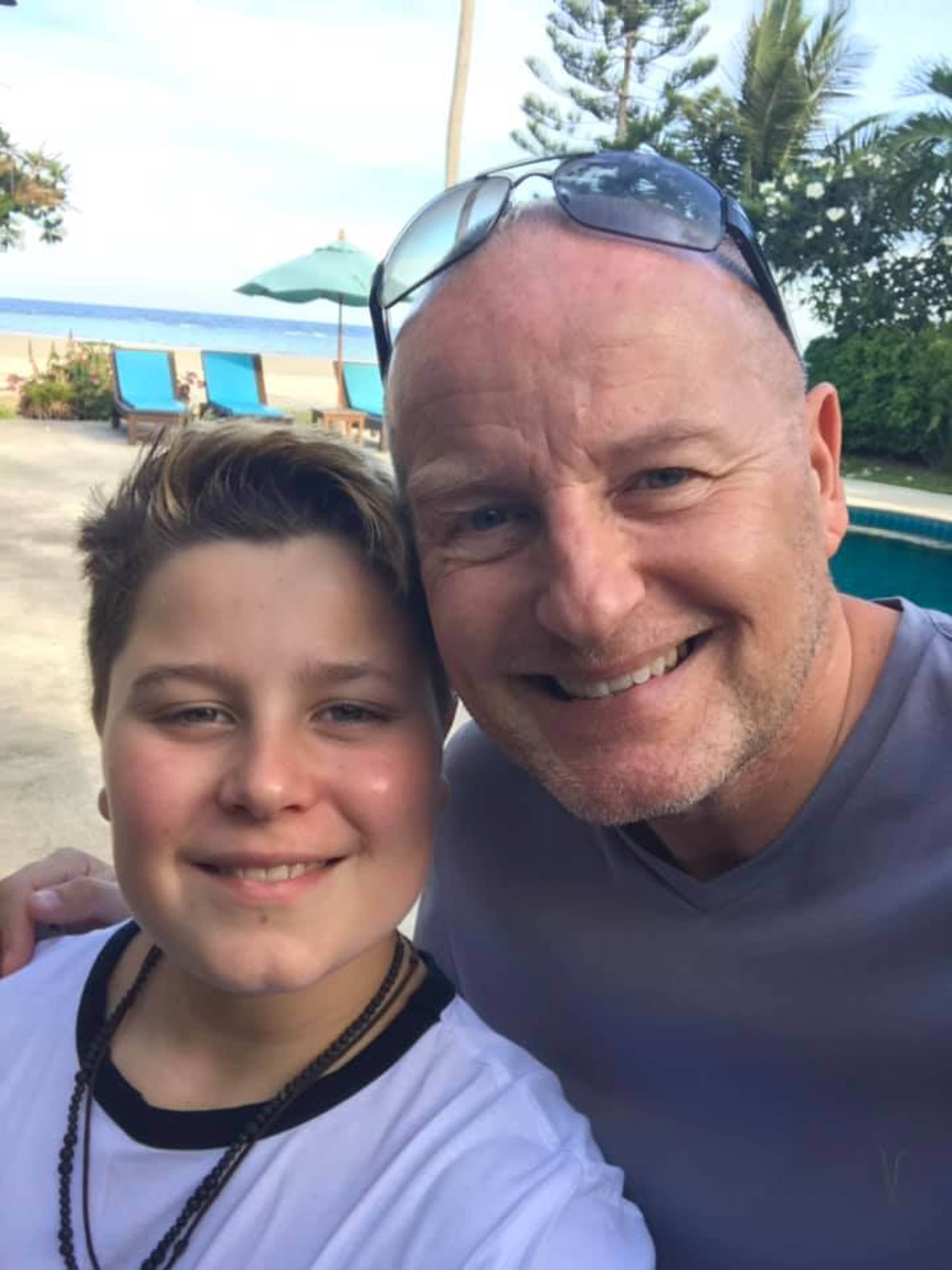 His grief-stricken dad Gary, from Wilmslow, Cheshire, has now flown to Spain in the wake of the tragedy.

He spoke of his devastation overnight, writing alongside a photo of him and his son which he posted on social media.

He wrote: “I am absolutely heartbroken to lose my wonderful, talented, beautiful son at such a young age.

“Anyone who has children please cherish every moment with them.”

One of Mr Briscoe's friends Mark Bryne later posted: “This is one cruel world we live in. I am so devastated to hear about the sad death of my close friend Gary Briscoe’s son Lucas who has sadly passed away on holiday.

He added in a second message: “We are all here for you buddy. Don’t worry about anything else mate.” 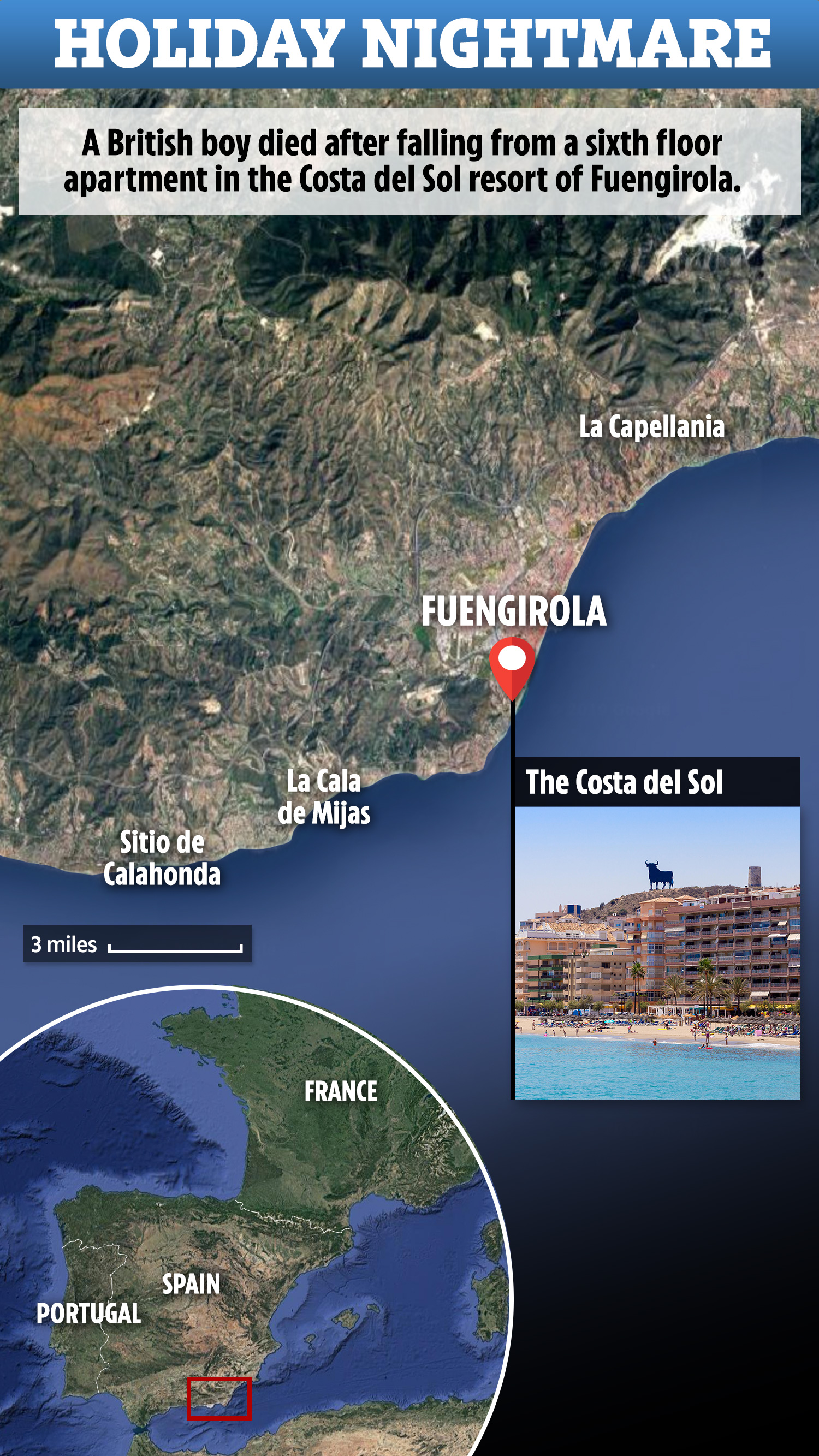 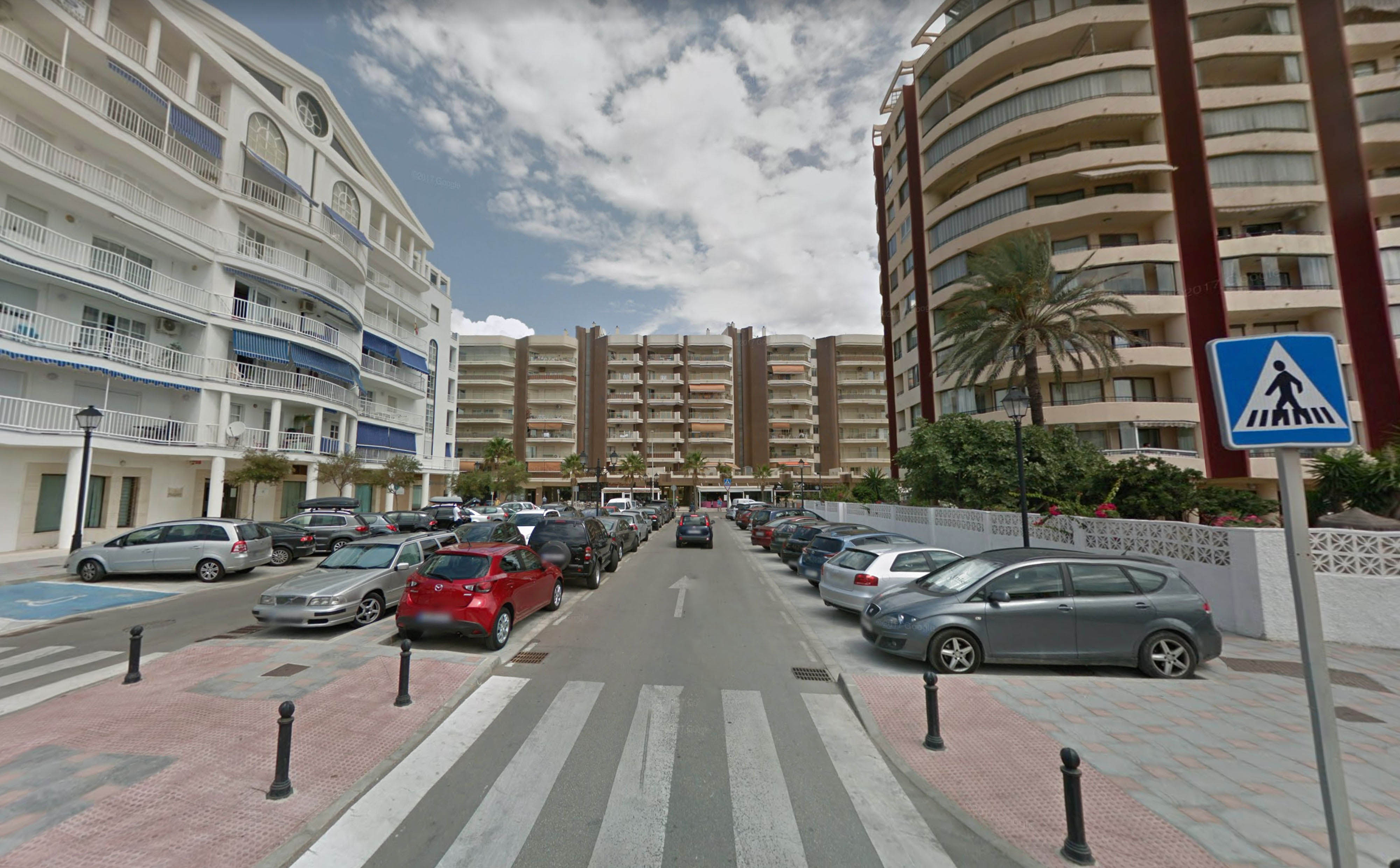 Friend Tony Johnson added: “Tragic news. I cannot begin to understand the pain the family must be going through. Sending my condolences and thoughts to Lucas’s family.”

Paramedics were called to the scene but were unable to save Lucas following the holiday tragedy in the resort loved by Brit tourists.

The boy's mum was reportedly with him when he fell from a terrace onto an internal patio.

The tragedy happened on Alberto Morgenstern street around 1.30pm local time on Tuesday.

Local reports said those that raised the alarm had spoken of an “accidental fall.”

“We are offering support to the family of a British child who has died in Fuengirola,” said a Foreign Office spokesman.

“Our thoughts are with them at this very difficult time and Foreign Office staff are in contact with the Spanish police.”

Police have taken routine statements from his mum, thought to be separated from the dad, and a friend of the dead boy who is understood to have witnessed what happened.

Well-placed sources have stressed there is nothing to indicate the boy’s death was the result of foul play.

Today he was described by one source as a talented singer who fronted a band and had recently been selected to take part in a TV talent show. 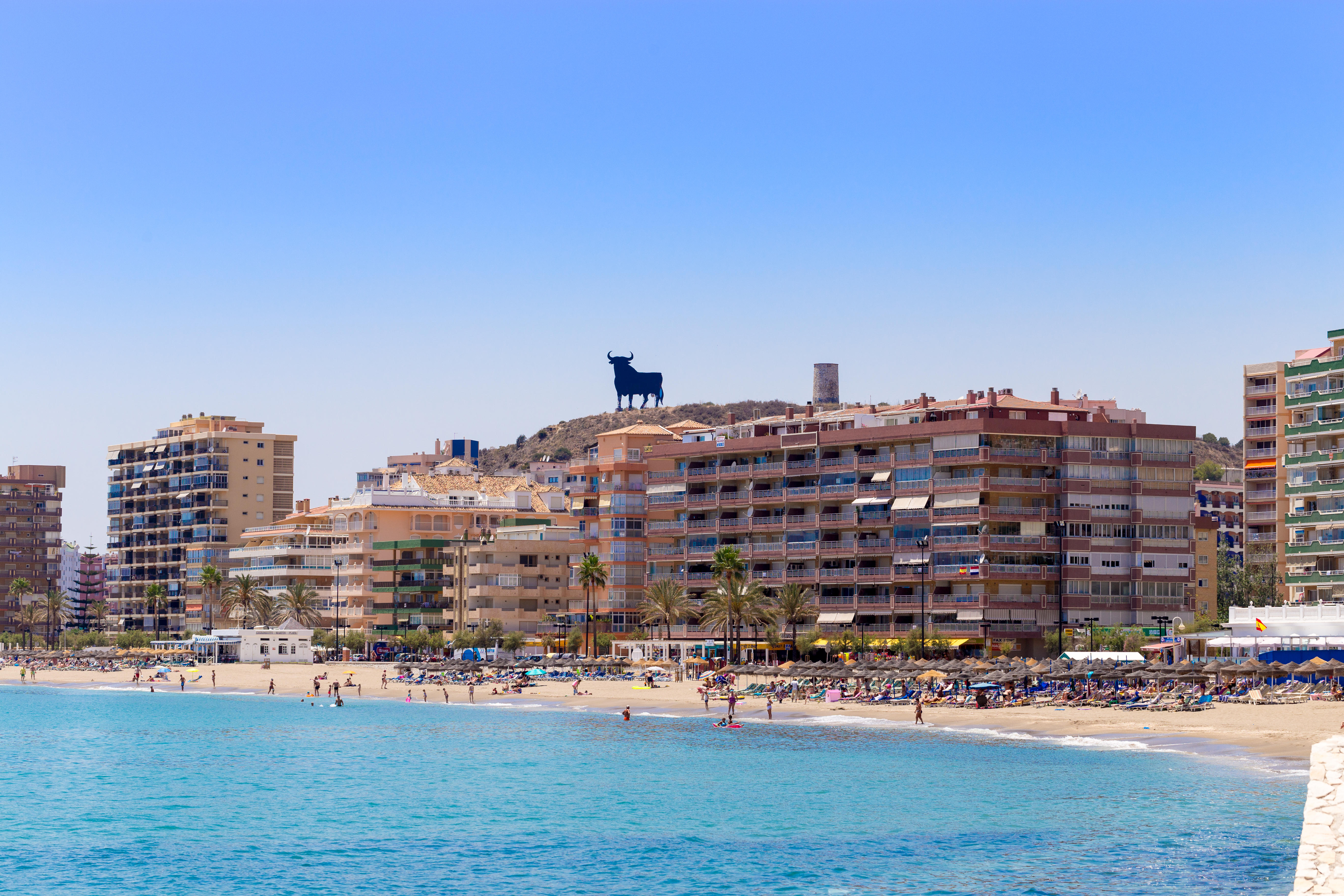