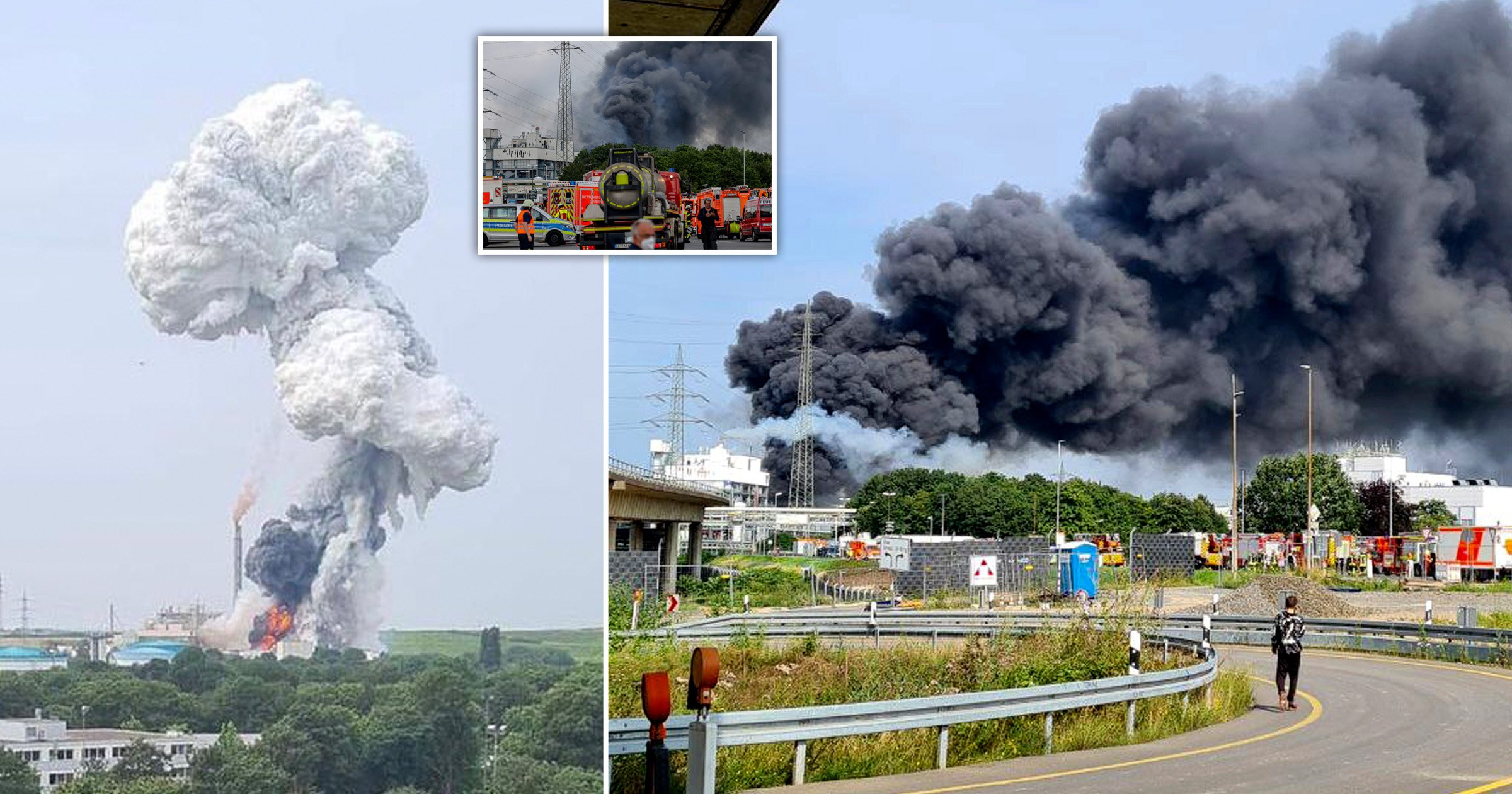 ‘Several’ people have been injured after a huge explosion at a chemical plant rocked a German city, sending thick black smoke billowing into the sky.

Leverkusen was shaken by the blast on Tuesday morning, which was quickly branded an ‘extreme threat’ by the German Gederal Office for Civil Protection and Disaster Assistance.

Currenta, the company operating the chemical park, said in a statement earlier this morning that several employees were injured, at least two of them severely, and that five people remain missing.

Officials at the Chempark site, based on the banks of the Rhine and about 13 miles north of Cologne, were not immediately sure of what caused the explosion.

They said on Twitter that firefighters and pollution detection vans were on the scene, amid concerns that dangerous fumes could be pouring into the air.

Residents said the blast could be heard far and wide, adding that their windows were rattled by the force of the explosion.

The newspaper Koelner Stadt-Anzeiger reported that the blast came from a garbage incineration plant in the Buerrig neigbbourhood. 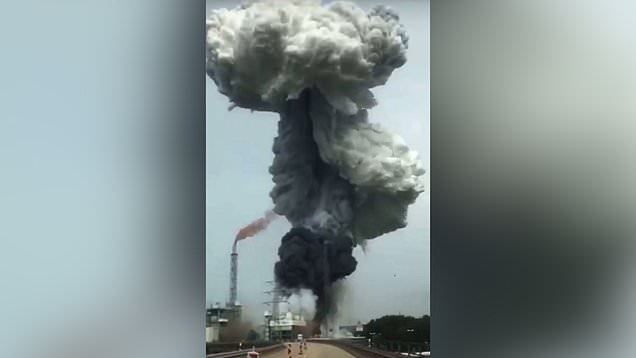 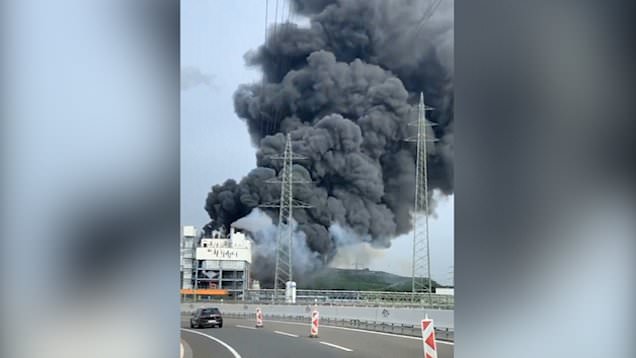 It added that said several nearby major highways had been shut down by police and that the smoke was moving northwest towards the towns of Burscheid and Leichlingen.

Footage filmed from a nearby motorway showed orange flames being dwarfed by plumes of fumes rising high above the industrial park, where a number of chemical companies are based.

Locals have been urged to stay inside and keep their windows and doors closed, while people not living in Leverkusen have been told to avoid the area.

Firefighters from all over the region have reportedly been called in to help extinguish the fire.

A large number of ambulances and police are also on the scene.

Leverkusen is home to Bayer, one of Germany’s biggest chemical companies – which gives its name to the city’s football team and provides employment to many residents.

It has about 163,000 residents and borders Germany’s fourth biggest city, Cologne, which is home to around one million people.

Get in touch with our news team by emailing us at [email protected].