Passengers on a Cayman Airways flight made a frightening, emergency landing in Orlando on Sunday evening after pilots detected a smoke condition on board.

The jet deployed emergency slides on the runway “with the uncertainty of what was causing the indication,” according to Cayman Airways.

Cayman Airways said there is no evidence there was actually ever smoke in the cargo hold.

There were 103 passengers and five crew members on board.

“We are extremely mindful that this emergency landing and evacuation was a very distressing event,” Cayman Airways CEO Fabian Whorms said in a statements. “On behalf of Cayman Airways, I offer a most sincere apology to our passengers for having to experience this emergency landing and evacuation, which was necessary in the interest of safety of our passengers and crew.” 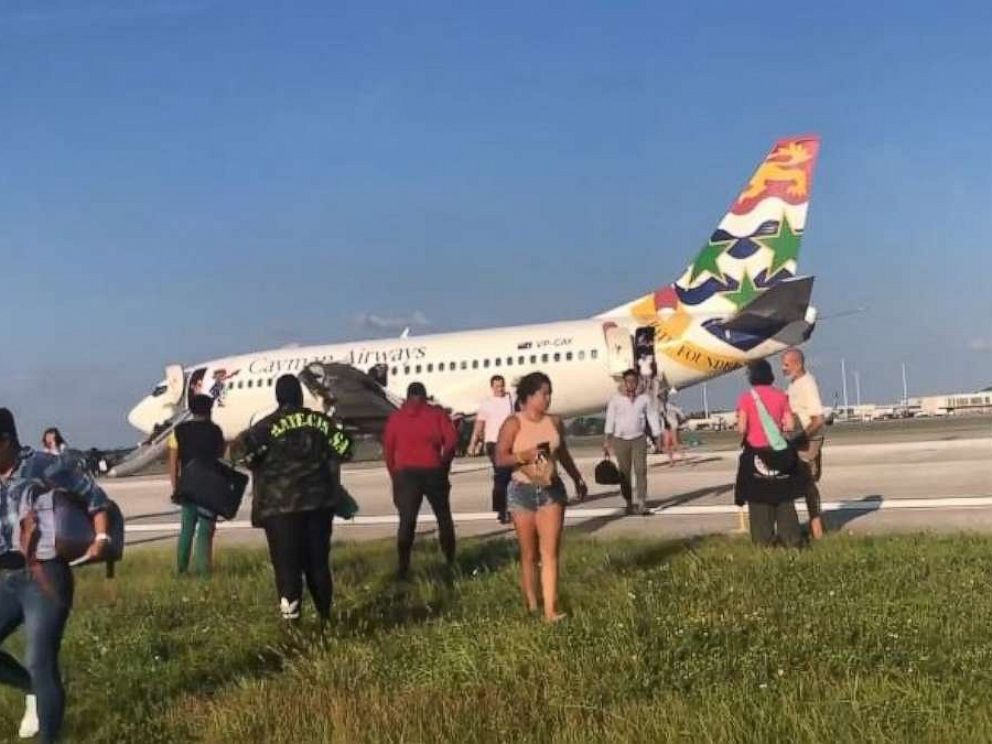 The passengers were taken back to the terminal and put in a hotel before scheduling a flight for Monday.

Jenn Chirico, who was on the flight, posted on Facebook that the passengers were waiting in the airport since they had to be processed by customs.

“People in exit rows were to help, slides were deployed, we were instructed when on the ground to run as fast as we could from the plane,” Chirico posted. “It was one of the scariest things I have ever experienced.”

No one was injured.

The airplane was removed from service for repairs, which affected four flights on Monday.