A 15-year-old Florida boy allegedly held a man hostage at gunpoint, robbed him of $1,000 and then shot him to death, according to authorities

The victim, a 37-year-old Fort Lauderdale real estate agent named Stefano Barbosa, was on his way to a meeting with tenants on Feb. 1 when a masked, armed teen accosted him, police said.

Barbosa was forced at gunpoint to drive to a nearby bank and take $1,000 out of an ATM in separate $500 withdrawals, according to investigators, who reviewed bank documents. 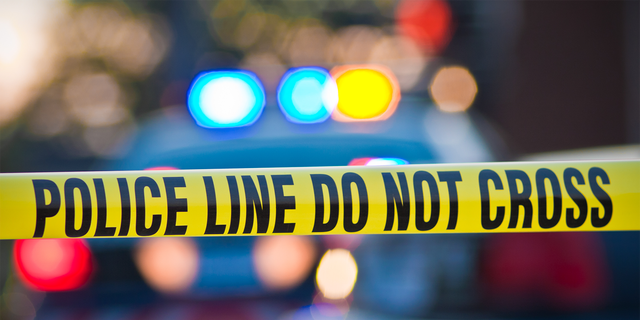 An Oregon police officer was shot Friday during an unspecified encounter, authorities said.

The suspect, Henry Lee Lewis III, allegedly had Barbosa drive a few miles away and then shot him in the chest at point-blank range, according to court records. The car crashed off the road, through a fence and into a tree, and the suspect allegedly fled on foot.

A nearby homeowner heard the crash and called police, who found Barbosa unresponsive with a bullet wound. An autopsy later ruled the death a homicide.

School workers were able to identify Lewis from surveillance video, the South Florida Sun-Sentinel reported, and investigators searching his phone allegedly found a story about the victim in his browser history.

He has a rap sheet dating back to a firearms charge when he was just 12, according to the paper.

Lewis had already been in custody on unrelated charges when Fort Lauderdale police identified him as a suspect in Barbosa’s slaying.

The teen faces charges as an adult of second-degree murder and armed robbery.

A judge ordered him held without bond.

Broward State Attorney Harold F. Pryor said in a statement that the decision to prosecute the 15-year-old as an adult had to do with consideration over the maximum punishment.

“These types of decisions are very difficult to make but I believe this is the correct decision in this case and in these circumstances,” he said. “This young person’s issues are so significant that they require treatment, help and services beyond what the juvenile justice system can provide at this time. If this case were to be handled as a juvenile matter, he would have to be released from the juvenile justice system at age 18.”

He added that a juvenile charge would limit the punishment to just three years of incarceration, and post-release supervision would end when the suspect turns 21.

Barbosa was born in Campinas, Brazil, and graduated from Miami Palmetto High School in 2001, according to an obituary. He attended Penn State and returned to Florida to kick off his real estate career. He was into scuba diving, sailing, cycling and aviation.