A naval mine washed ashore on a Florida beach Sunday, closing a section of the coastline while the bomb squad was brought in to investigate.

The gray spherical device, measuring about four feet in diameter, floated onto the beach Sunday morning near Lauderdale-by-the Sea, adjacent to the Plunge Beach Hotel, the Sun-Sentinel reported.

The Broward County sheriff’s office said the “possible explosive training device” was marked as “inert” – though a military source told WPLG it that didn’t rule out that it wasn’t active.

The Bomb Squad arrived at the beach at about 2:30 a.m. to examine the device and secure the site until US Air Force personnel arrived.

It was eventually hauled off the beach, strapped onto a trailer and driven away for further inspection.

Naval mines are used against ships as well as surfaced submarines during conflicts. 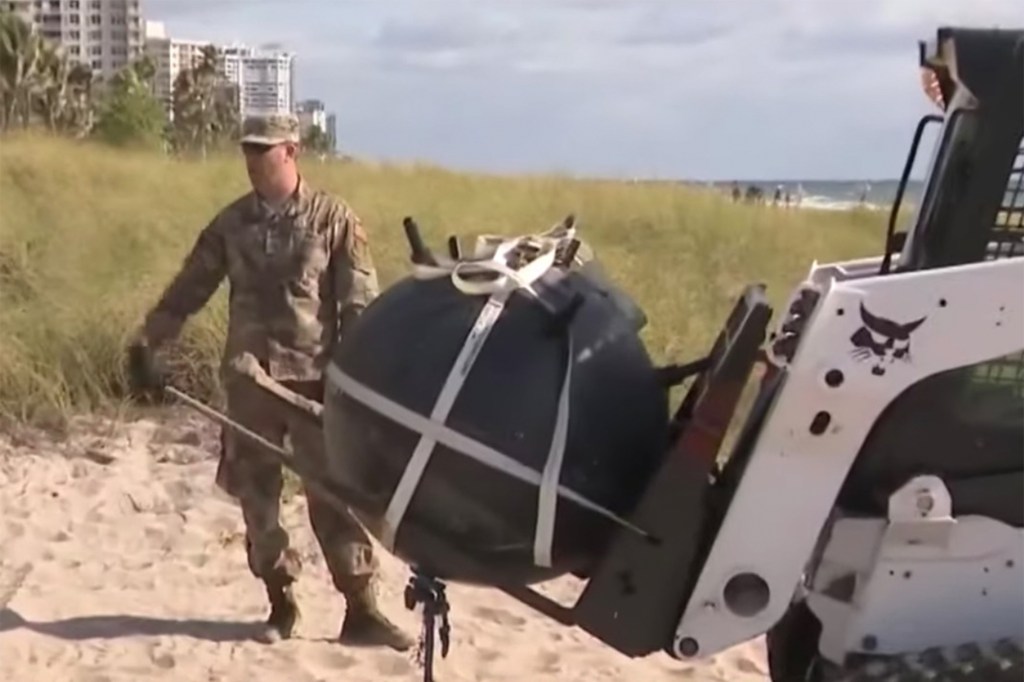 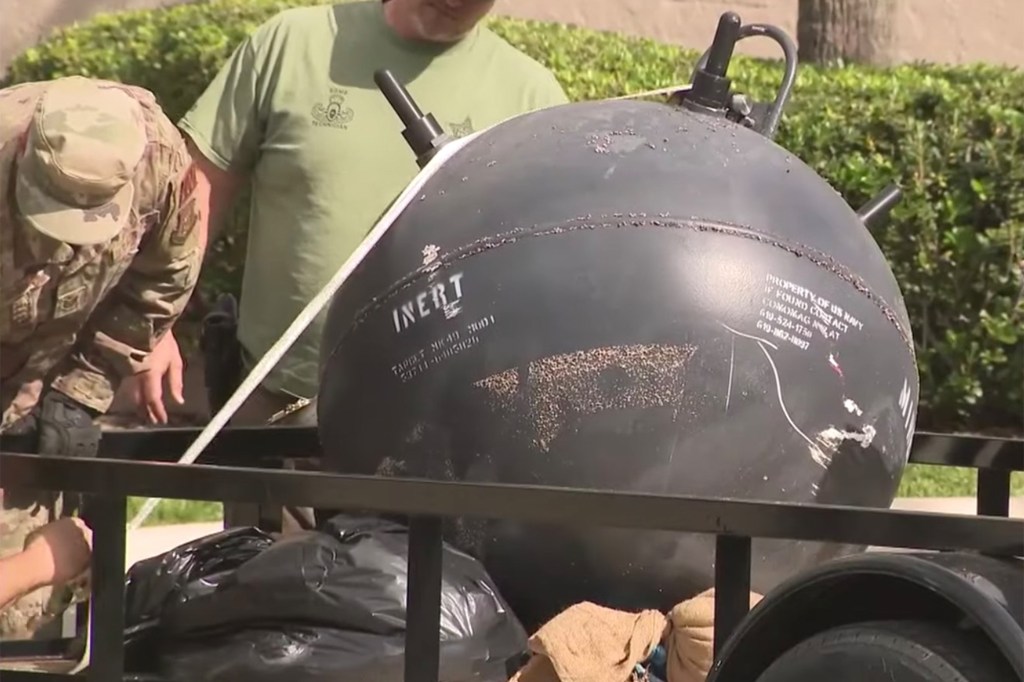