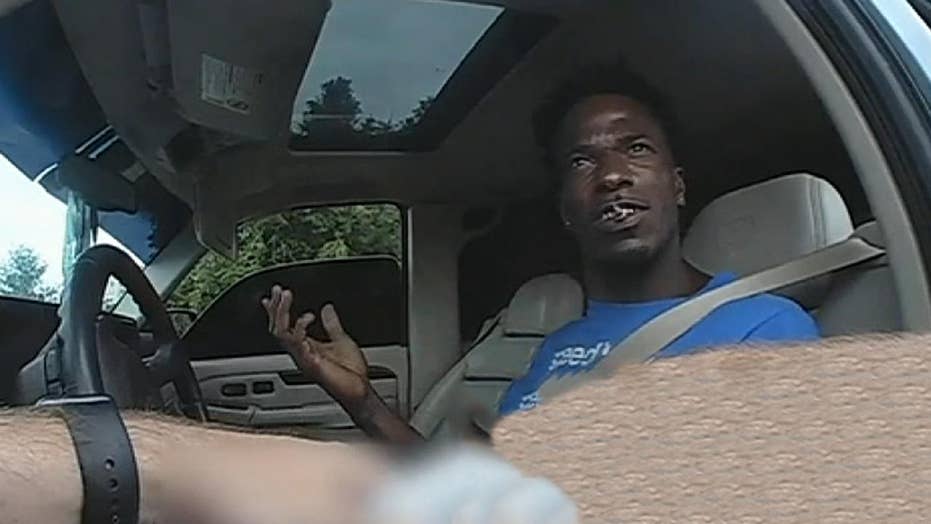 A Florida driver has been charged with attempted murder of a law enforcement officer and aggravated assault after police video showed him dragging a Seminole County deputy over 100 yards on an interstate on-ramp.

Deputy Aaron Blais conducted a traffic stop on Rocky Rudolph Jr., 38, because he was driving in a vehicle with illegally tinted windows, Sheriff Dennis Lemma told reporters at a news conference Saturday.

The officer said he smelled marijuana on the suspect, whom police identified as a convicted felon, but when prompted, Rudolph told Blais he did not have a card for medical marijuana. Rudolph refused to turn off his engine when Blais asked him to do so and while the officer was still speaking to him, Rudolph took off in the black Escalade, dragging the officer about 20 feet.

When the car came to a stop, Blais pulled out his gun, pointing it into the vehicle and radioing for backup but Rudolph grabbed Blaise and drove another 100 yards toward I-4.

"Deputy Blais falls off the car, rolls into the median and is witnessed by eyewitnesses all around,” Lemma said.

At some point during the incident, Blais shot Rudolph in the leg. It was unclear how many shots were fired in all, but The Florida Department of Law Enforcement will investigate further, Sheriff’s Office spokesman Bob Kealing said.

Rudolph ultimately ran off, throwing a gun into the bushes, according to eyewitnesses, and was pursued by law enforcement including the sheriff's office SWAT team for almost 8 hours before he was caught inside another vehicle.

Lemma said he was “absolutely convinced that Rudolph was reaching for his gun” during the incident, and that body camera and dashboard footage would “clearly show that.”

"This was a very dangerous situation," Lemma said. "Our deputy could have been killed." Doctors later released the officer from the hospital.