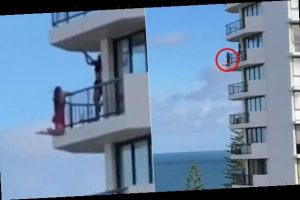 Risking everything for one Instagram shot: Wild footage shows a young woman climbing over a high-rise balcony and posing with her legs in the air as a mate takes pictures for social media

A reckless woman has cheated death after climbing over a high-rise balcony to dangerously pose for the ‘perfect’ social media photo.

Horrified at the antics unfolding, a man from a nearby apartment filmed the woman risking her life for a selfie at Mooloolaba’s Seaview Resort on Queensland’s Sunshine Coast.

In the clip, the woman can be seen climbing over the balcony – located on the 11th floor of the high rise hotel – before then kneeling on the ledge as her friend searches for the best photo angle.

After finishing the shoot, the woman then struggles to pull herself up to safety over the balcony. 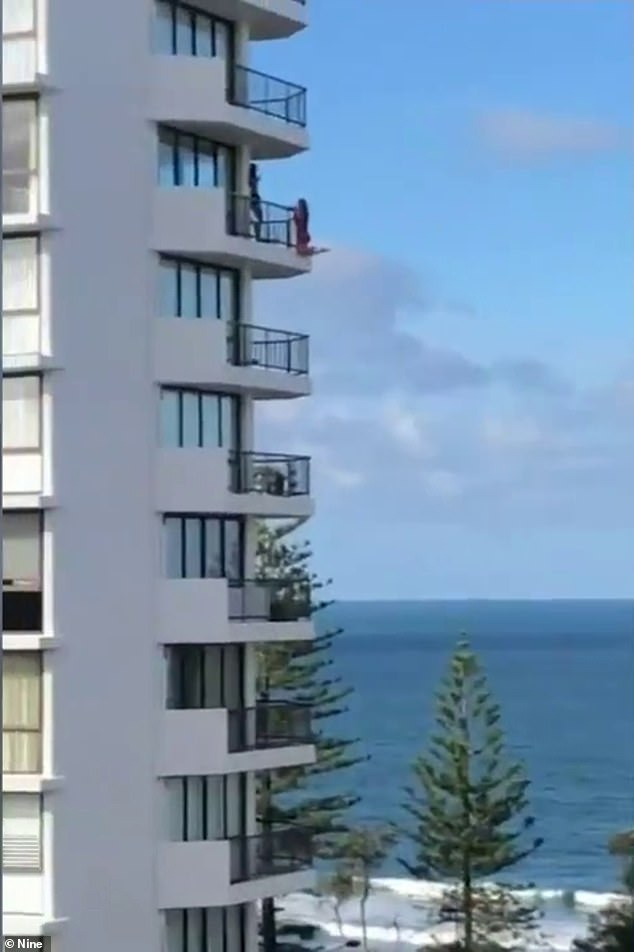 ‘These people are putting their lives at risk for a trivial photo,’ he said. ‘It is foolish behaviour, and falling from a building that high never ends well.

‘I would also like to see behaviour of this kind see the individuals end up in court explaining themselves to a magistrate.’

Selfies have killed five times more people than shark attack victims across the world stretching back to 2011.

The global death toll continues to rise each year as smartphones become more advanced. Selfie-sticks are equally dangerous, as they increase the range at which people can snap themselves, prompting bigger risks for the perfect shot.

In December last year, mother-of-two Rosy Loomba fell 80 metres to her death from a notorious lookout in Victoria.

She slipped after climbing over a safety barrier at the lookout, with her horrified family watching her fall and die. 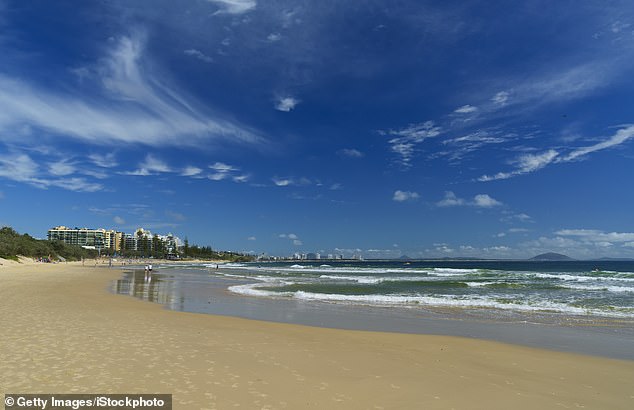 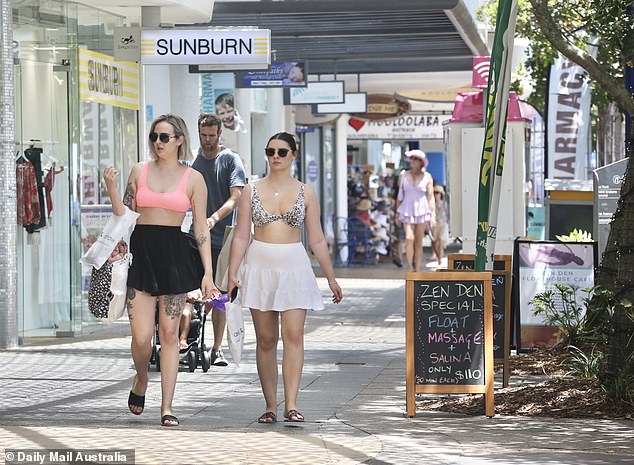