Former Egyptian President Mohammed Morsi was laid to rest in a low-key and un-ceremonial burial in the early hours of Tuesday that stands in stark contrast to other leaders who were mourned by hundreds of thousands of people.

When former President Gamal Abdel-Nasser died, Egypt’s streets were packed with mourners and cranked up by loud cries and wails, while former President Anwar El-Sadat’s funeral was attended by over 80 world leaders. Their funerals were broadcast over and over again to mark their death anniversaries every year.

Both military strongmen, they were largely hailed as patriotic leaders who served the country at times of war and peace.

But Morsi, Egypt’s first freely elected president, who died Monday after suffering a heart attack in a courtroom, would not get a similar treatment.

He was secretly buried in a cemetery accommodating other senior Muslim Brotherhood leaders in Cairo’s Nasr City district, with only his family allowed to accompany the corpse to its resting place. A witness told ABC News there was a heavy security presence in a major thoroughfare leading to the cemetery.

Local media hinted that the burial was quiet for security reasons, with one famous pro-state television presenter warning it could lead to clashes between opponents and supporters of Morsi should it be held in public.

“We washed his body in the hospital of Tora Prison and prayed for him at the hospital’s mosque,” his son, Ahmed, said on his Facebook page.

“He was buried in the graves of the Muslim Brotherhood supreme guides in Nasr City as security authorities rejected [the request] to bury him in Sharqiya,” he added, referring to Morsi’s hometown in the Nile Delta.

State and privately-owned newspapers briefly mentioned the 67-year-old’s death in their morning reports, without making any reference to him as a former president. 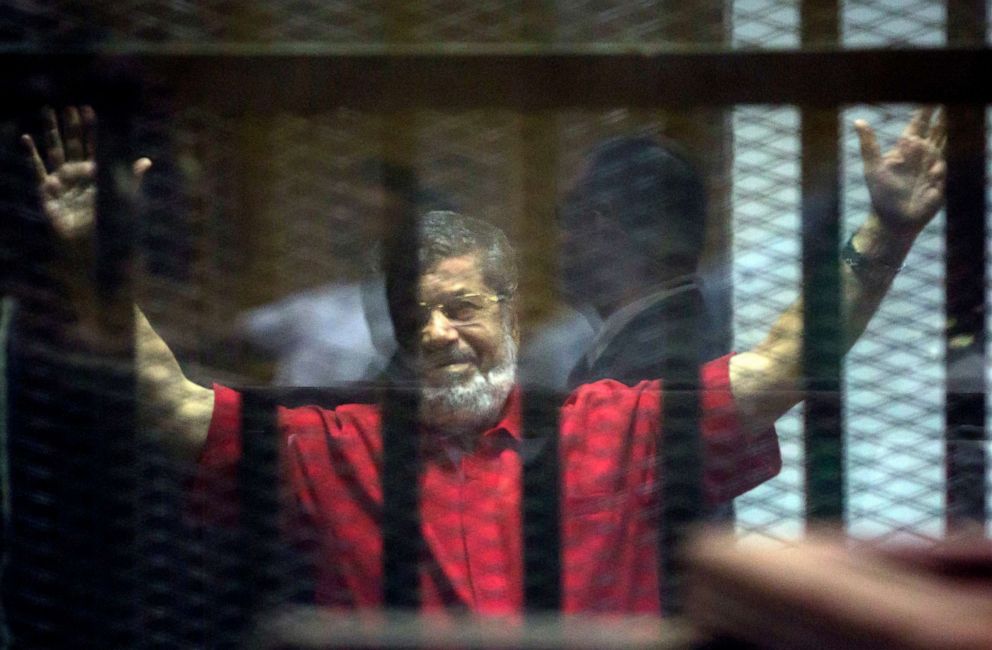 Morsi became Egypt’s first civilian president when he won a tight election in 2012, a little more than a year after a popular uprising ended the 30-year rule of autocrat Hosni Mubarak.

However, his tenure lasted for just a year until the military ousted him following massive protests against his divisive rule, which alienated even his former revolutionary allies.

His family and rights groups have often complained that the diabetic man was not getting proper medical treatment, which Egyptian authorities deny.