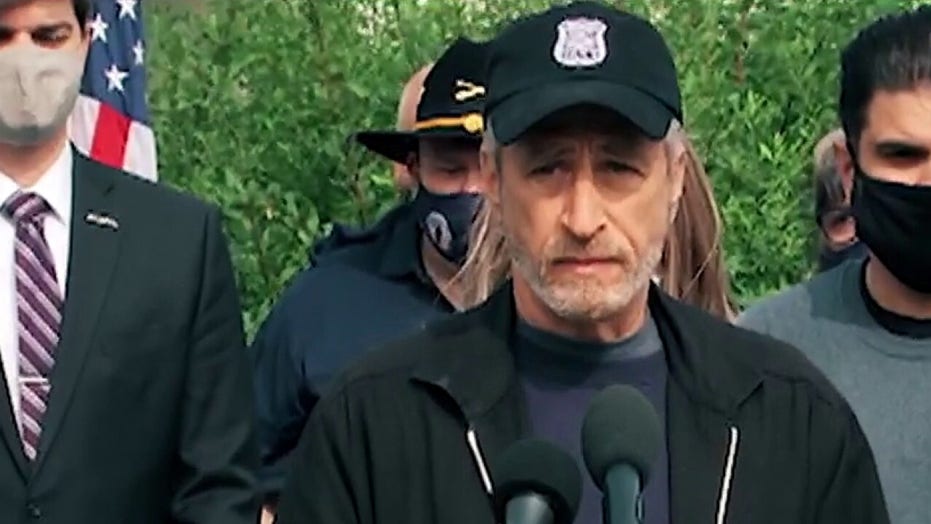 Jon Stewart goes back to Washington to fight for veterans

Jon Stewart sets his sights on helping veterans who have fallen ill due to prolonged exposure to burn pits.

As more veterans have returned home from the wars in Iraq and Afghanistan, a contentious debate has taken shape over the data surrounding the effects of exposure to burn pits used to dispose of waste on overseas military bases.

To date, more than 200,000 veterans have linked their chronic medical issues  — including cancer and respiratory illnesses –  to the exposure of dangerous toxins released from burn pits.

Matthew Betley, an author and former Marine who deployed to Fallujah, Iraq in 2006 described himself as a "supremely fit 35-year-old Marine captain" who began to develop symptoms of lung damage within a month of redeploying to the U.S.

"I started getting sick …" Betley told Dana Perino on the "Fox News Rundown" podcast. "All of a sudden, I started coughing up a whole bunch of phlegm. I started, you know, basically getting sick almost every other month. And it's been like that since 2007. "

The Investigative Unit at Fox News has reported extensively on the fears that veterans have been made sick by exposure to fumes from burn pits. Many soldiers have described the pits as a crude method of incineration in which every piece of waste was burned, including plastics, batteries, appliances, medicine, dead animals and even human waste.

Betley said he was shocked to learn that the Department of Defense and the Department of Veterans Affairs (VA) have reportedly been aware of the dangers associated with burn pit exposure for years, but failed to take any action to address the issue.

"The VA, still as we speak today, still refuses to acknowledge that there is a definite connection," Betley explained. " I personally had to battle the VA for 15 months two years ago to get my lung damage covered."

The issue resurfaced last week when comedian and advocate Jon Stewart traveled to Washington with a coalition of other advocates to lobby for the passage of a new bill which would classify burn pit exposure as a presumptive condition for any service member who fought in the wars in Iraq and Afghanistan.

"So far all they’ve done is pay lip service to this issue. They’ve left everybody out to dry."

The Presumptive Benefits for War Fighters Exposed to Burn Pits and Other Toxins Act of 2020 is sponsored by Sen. Kirsten Gillibrand, D-N.Y., and Rep. Raul Ruiz, D-Calif. It would require the VA to provide health and disability services to Global War on Terror (GWOT) veterans who served in places like Iraq, Afghanistan and other locations where they were exposed to toxins.

"It will say, 'You know what? No longer will a service member have to prove his or her case.' It will be assumed that the injury is actually connected to the deployment," said Betley, who called the bill "a big turnaround point" for impacted veterans.

"When you have someone like Jon in your corner, it makes a huge, huge impact," he added.

"It gives us a little hope that something will actually get done this time, because so far all they've done is pay lip service to this issue. They've left everybody out to dry."

To hear the full interview, subscribe and download The FOX News Rundown on your favorite podcast player.

The FOX NEWS RUNDOWN is a news-based daily morning podcast delivering a deep dive into the major and controversial stories of the day.