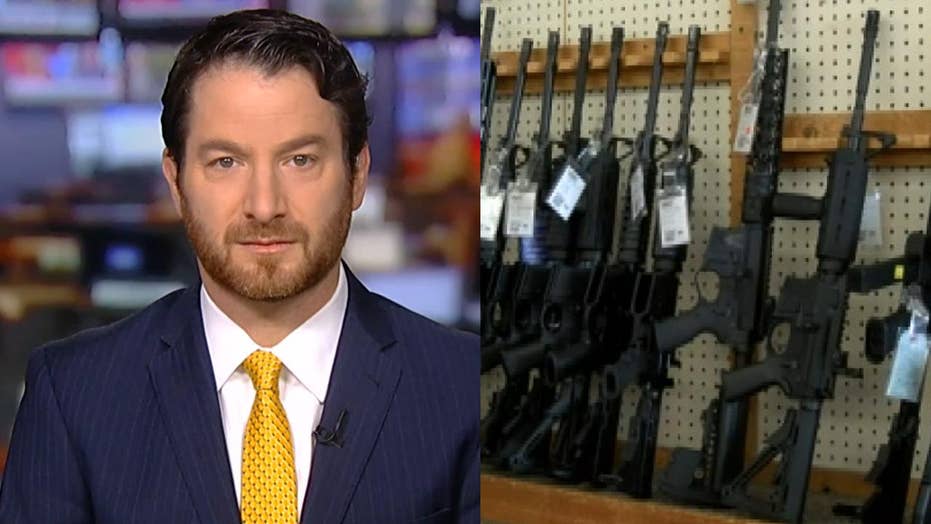 Former Deputy Assistant Secretary of State Joel Rubin draws attention to America’s gun policy with Mexico following the fatal ambush against American women and children in the northern part of the country.

Former Deputy Assistant Secretary of State Joel Rubin drew attention to America’s gun policy with Mexico following the cartel massacre of American women and children in the northern part of the country earlier this week.

“Guns in Mexico are essentially American guns,” Rubin said. “Imagine a river flowing south from the United States full of guns and weapons — that's what's happening in Mexico every day.”

In an interview with Fox News, the former State Department official offered insights into how the U.S. is combating drug cartels as the violence increases.

President Trump tweeted shortly after news of the cartel attack against Americans in Mexico.

“This is the time for Mexico, with the help of the United States, to wage WAR on the drug cartels and wipe them off the face of the earth," Trump said. "We merely await a call from your great new president!”

Rubin was a civil servant during former President George W. Bush’s administration and spoke about the bipartisan Merida Initiative that has been in place since 2008 to combat drug-fueled cartel violence.

While the U.S. has been working with Mexico to stem the violence from drug cartels, Rubin said the U.S. gun policy with its southern neighbor could be seen as counterproductive.

About 70 percent of the firearms submitted to the U.S. Bureau of Alcohol, Tobacco, Firearms and Explosives (ATF) by Mexican authorities from 2013 through 2018 were manufactured in the U.S. or imported into the U.S., according to the ATF.

“The Trump administration is loosening export controls on American-made guns, and Mexicans are getting them and getting their hands on them, despite very tough domestic gun laws,” Rubin said.

“So the United States, we have to look at ourselves and look in the mirror at whether or not, we too, are provoking the violence. And one of the best ways to ensure that we're actually tamping down on that is to tamp down on our gun exports, and unfortunately, we're not looking at in that direction.”