Four Sri Lankan refugees who hid Edward Snowden in their tiny Hong Kong apartments when he was on the run, arrive in Canada after being granted asylum

Four Sri Lankan refugees who hid Edward Snowden in their tiny Hong Kong apartments when he was on the run after exposing NSA spying landed in Canada on Tuesday where they were granted asylum, ending years in limbo.

Snowden’s Hong Kong lawyer who helped coordinate the temporary living arrangements, Robert Tibbo, said he turned to these people, who were also his clients, for help due to the fact that authorities would be unlikely to look for the NSA whistleblower in the tiny refugee apartments in some of Hong Kong poorest neighborhoods.

Tibbo’s assumption proved to be correct, as Snowden managed to evade authorities for weeks while moving from one cramped apartment to the next before ultimately fleeing to Moscow, where he was himself granted asylum.

Supun Thilina Kellapatha and Nadeeka Dilrukshi Nonis, one of the families who had harbored Snowden, touched down in Toronto with their children Sethumdi and Dinath and were due to go on to Montreal to ‘start their new lives,’ non-profit For the Refugees said in a statement.

The family were part of a group of seven poverty-stricken refugees from Sri Lanka and the Philippines living in Hong Kong who nonetheless agreed to shelter Snowden after his bombshell revelations in 2013.

Kellapatha and Nonis claim they allowed the NSA whistleblower to stay at their tiny 250-square-foot Hong Kong apartment back in 2013, when Snowden’s notoriety starting to earn him global attention. 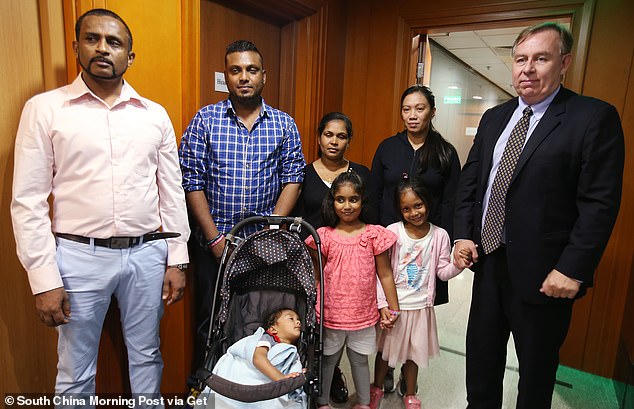 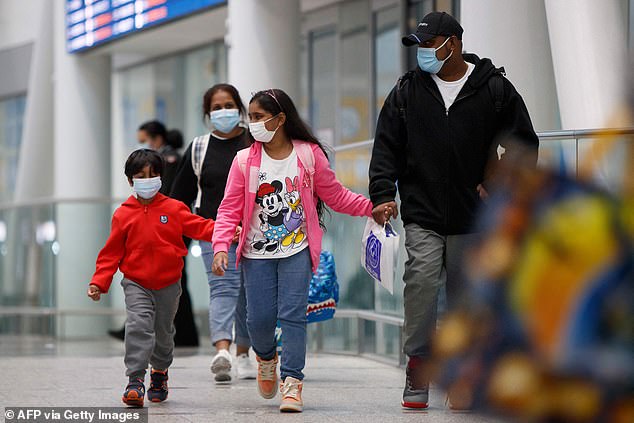 Supun Thilina Kellapatha (R) holds the hand of his daughter Sethumdi (2R) and son Dinath (L) followed by Nadeeka Dilrukshi Nonis, as they arrive in Toronto as refugees on Wednesday 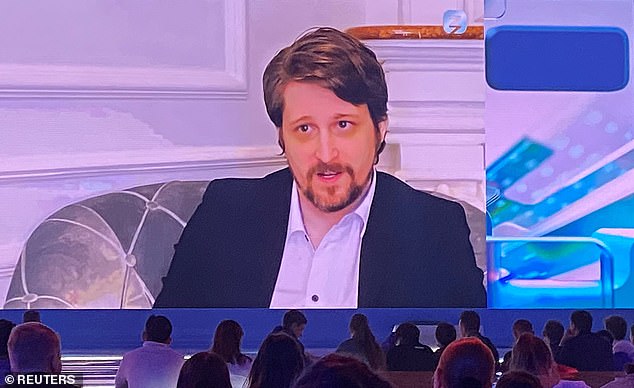 ‘These were people who went through the same process when they were fleeing other countries,’ he said.

‘They had to rely on other people for refuge, safety, comfort and support.’

Vanessa Rodel, from the Philippines, and her daughter Keana were granted asylum in Canada in 2019 with the help of For the Refugees, who have lobbied Canada to take in the others, arguing they faced persecution both in their homeland and in Hong Kong because they helped Snowden.

Kellapatha’s family had faced deportation after their initial refugee claims in Hong Kong were rejected.

He spoke of his relief at finally finding a place of permanent sanctuary.

‘I’m so happy this is over. I’m so happy to be going to Canada,’ the South China Morning Post quoted him as saying before he and his family boarded a plane in Hong Kong. 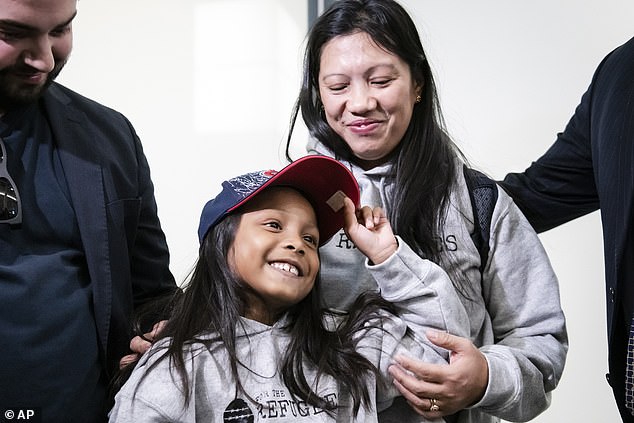 Pictured: Vanessa Rodel and her seven-year-old daughter Keana talk to media after arriving at Lester B. Pearson Airport in Toronto, on March 25, 2019 Supun Thilina Kellapatha and Nadeeka Dilrukshi Nonis (pictured) touched down in Toronto and are due to go on to Montreal to ‘start their new lives,’ a non-profit said

‘We have a new life, our children now have a future. We’re so grateful right now. Really, I am speechless… The kids are so happy. I’m so grateful.’

Snowden welcomed the news of the family’s arrival in Canada.

‘This is the best news I’ve heard in a long, long time,’ he wrote on Twitter.

‘We need to bring one more home before we can say we’re done, but I cannot thank you enough for bringing us this far,’ he added.

A seventh member of the group, Sri Lankan army deserter Ajith Pushpakumara, remains in Hong Kong, where ‘his safety is still at risk,’ according to For the Refugees, which renewed its call for Ottawa to expedite his asylum claim.

‘We are happy with the end result — at least for six of the seven,’ For the Refugees president Marc-Andre Seguin told AFP.

‘Although we welcome the arrival and start of a new chapter in the lives of this family of four, we cannot ignore that Ajith has stayed behind,’ he said.

‘We are asking that Canada (again) do the right thing and admit the last of Snowden’s Guardian Angels before it’s too late.’

Tibbo, who is also representing Pushpakumara’s Canada, said his client has a pending application with Canadian immigration.

‘The difficulty here is that Ajith is all alone right now and he’s questioning why his case is taking so long,’ he told AFP.

Tibbo himself left Hong Kong in 2017, saying he feared for his safety after representing the Snowden refugees in the Chinese business hub. 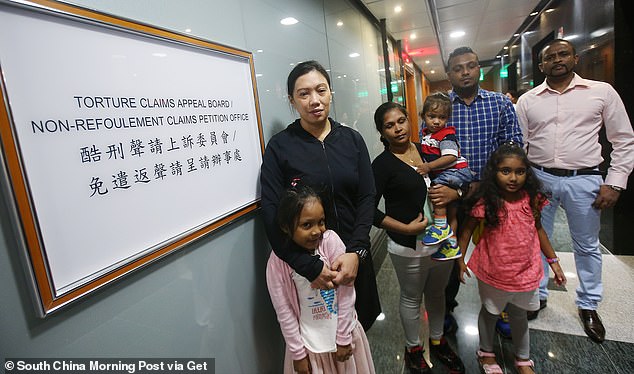 He ended up stranded in Hong Kong as media published his findings, initially in a hotel, surrounded by journalists from around the globe.

The group of refugees agreed to shelter him for about two weeks until he could fly to Russia, where he now lives.

Their role in the saga was only revealed in a 2016 Oliver Stone film about Snowden, which left them in ‘constant fear and worry’ in Hong Kong, said For the Refugees.

It also highlighted the plight of refugees in Hong Kong, which has one of the lowest asylum approval rates in the world.

Only around one percent of claims are granted and the tiny fraction of claimants that are approved must get ultimate sanctuary in a third country.

While cases drag on for years, asylum applicants are not allowed to work and receive a stipend of just HK$3,000, or $385 a month, in what is one of the world’s least affordable cities.