A four-year-old girl has drowned in a swimming pool when her mother took her brother to the toilet.

Sarah Oliveira was enjoying a day with her mother and brother when tragedy struck.

The victim’s seven-year-old brother needed to go to the toilet and their mother Gisele Oliveira took him inside the home.

During this time, Sarah got into the private pool and ended up struggling to stay above the surface. 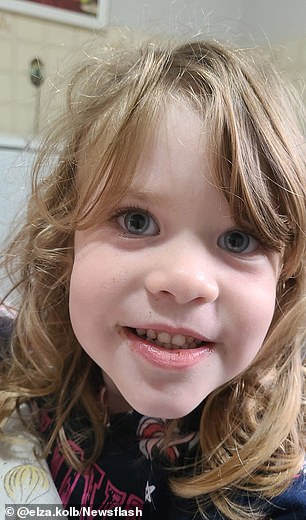 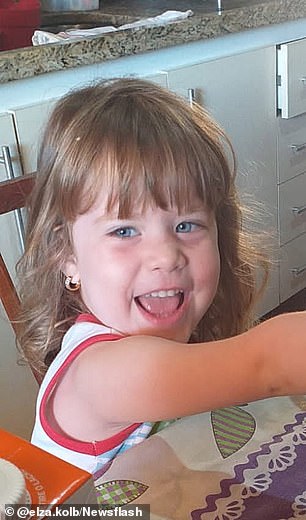 Sarah Oliveira, four, was found lying face down in a private pool in Maracaí, São Paulo state, Brazil, after her mother took her older brother, seven, to the toilet

Her devastated mother came outside to see her young daughter face down in the water.

The young victim was rushed to the Beneficent Hospital Association of Maracaí, but died shortly after her arrival.

The girl’s family has paid tribute to her on social media.

Her mother Gisele said: ‘Our life is no longer the same. You were everything to us.

‘Your departure was a shock. Today, I still cannot accept that this happened.’

Sarah was buried at São José das Laranjeiras Cemetery on the morning of 12 December.

It is unclear if the local authorities are investigating the child’s untimely passing.