The plans come after attempts to get people out of the city on Friday failed when they were ‘forced to turn around’, citing continual Russian bombardment.

‘I think that today or maybe tomorrow we will hear good news regarding the evacuation of the inhabitants of Mariupol,’ he said. 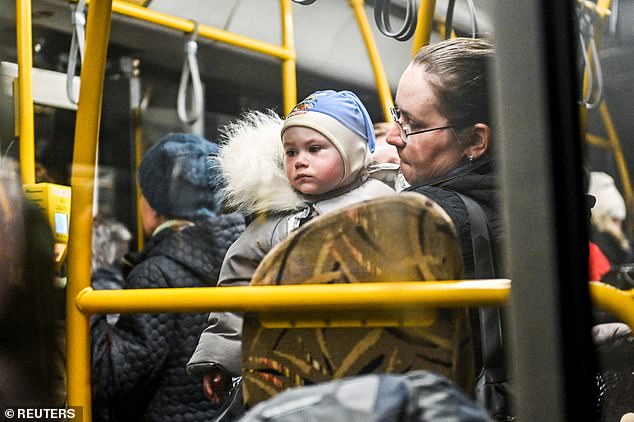 A woman holds a child inside an evacuee bus as people flee from Mariupol Ukraine April 1, 2022. 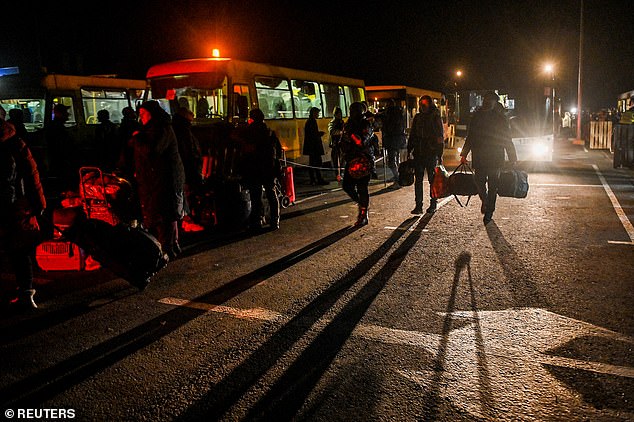 The Friday evacuation attempt was intending to use 54 buses to bring 3,000 people to relative safety until they encountered Russian forces.

They were due to deliver essential supplies to families who have been hiding in basements for weeks under relentless bombing with no access to running water, power or fresh food.

But Russian forces are alleged to have ignored the ceasefire and continued shelling.

Russian artillery has been pounding the city round the clock, which has been encircled and cut off for five weeks, turning it into a heartbreaking husk.

Conditions have been described as ‘medieval’ for the estimated 160,000 civilians  still trapped inside the city. 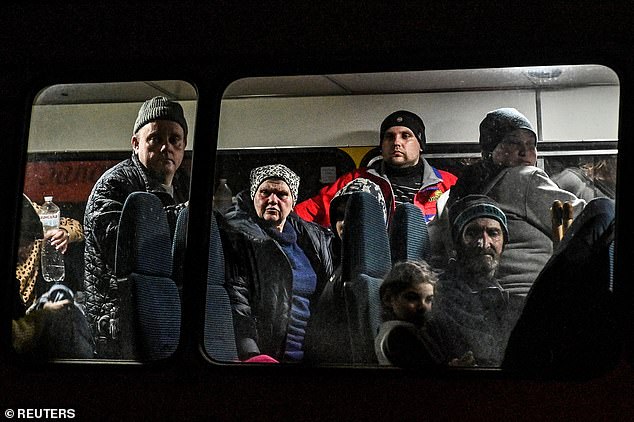 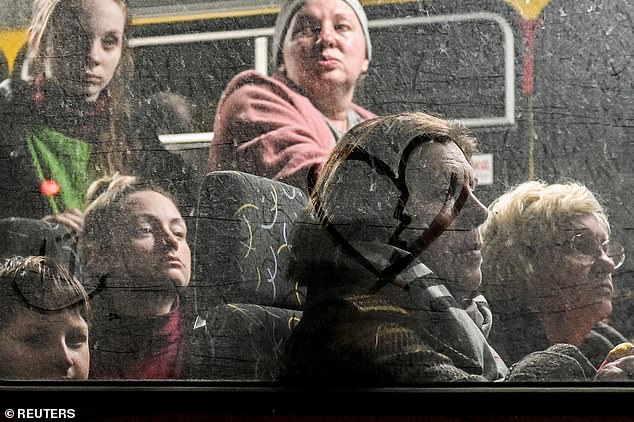 They have been reduced to melting snow for water and burning furniture for warmth, and cooking stray animals they can catch in the streets on the fire.

People who have managed to get out of Mariupol and through Russian lines to reach the city of Zaporizhzhia described their journey as an ordeal during which Russian soldiers repeatedly stopped them to check for the presence of Ukrainian fighters.

The evacuation efforts coincide with reports that Russian forces are regrouping for fresh attacks in southeast Ukraine.

President Volodymyr Zelensky says Russian forces are massing in the Donbas region north of Mariupol, for a push north towards Kharkiv, a city already battered by Russian shelling.

Zelensky said the situation in the east was ‘extremely difficult’.

The port city of Mariupol, with a pre-war population of 450,000, is a key strategic target for Vladimir Putin.

An estimated 140,000 people managed to flee before the Russian siege began in February. It is feared 5,000 civilians have been killed and thousands more ‘abducted’ to Russian cities.

Its capture would allow Russian forces to establish a land bridge between Russia and Crimea, which it annexed from Ukraine in 2014.

Previous evacuation efforts have been unsuccessful, with Ukraine accusing Russia of refusing to respect the humanitarian corridors by firing upon civilians as they attempt to flee.

Having failed to capture the strategic city through conventional military means, Russian strategy appears to now be to reduce it to ashes and starve the inhabitants into surrender, a strategy that served Putin well in Syria.

For this reason it is considered unlikely that Russia would ever truly allow a proper evacuation of the city, as it would lessen the leverage of their siege tactic strategy. 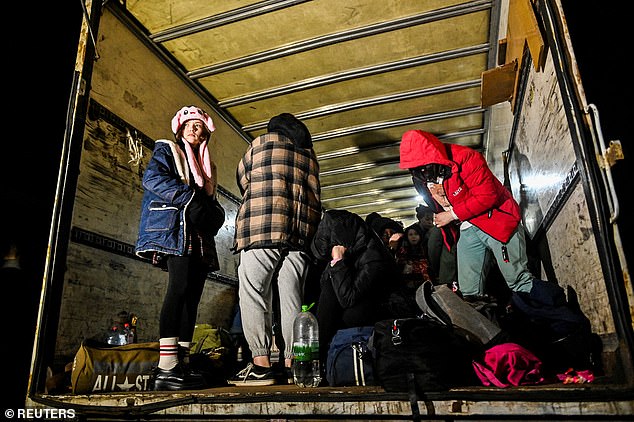 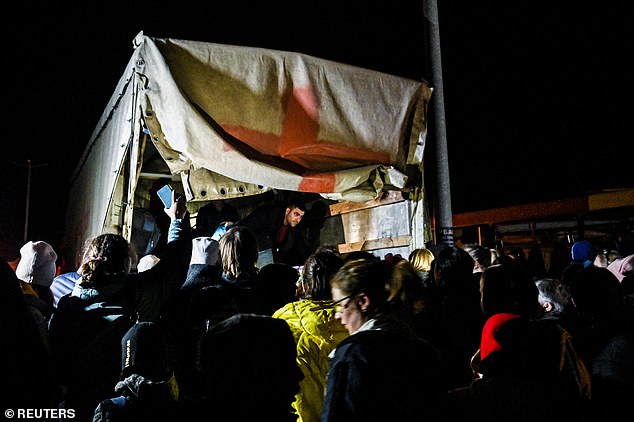 Furthermore, the notorious Azov regiment is based in Mariupol defending the city.

The Azov regiment is a far-right paramilitary group that was incorporated into the National Guard of Ukraine.

Russia accuses them of being neo-Nazis and thus one of the main justifications for their invasion to ‘de-Nazify’ Ukraine.

Russia has failed to capture a major city since launching its invasion on February 24.