From ‘perfect’ ATAR to high school dropout, these students found their way

Vinnie Shin didn’t expect much when he checked his year 12 results in 2003.

“I remember it so vividly. I was at home on the internet. I logged on and it said, ‘You got less than 30, would you like to see your actual score?’” he said. 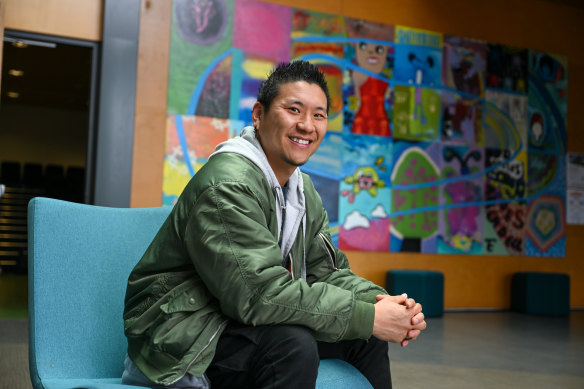 “I clicked it and I thought, ‘This is worse than I thought’. I was a bit surprised about how bad I did.”

There were good reasons he struggled. At the time, Shin was experiencing family violence.

He had moved schools five times and did his final year at De La Salle in Malvern. When Shin was 17 and midway through year 12, his father left. He had been physically and emotionally abusive.

“Most of the time when he was home, it was a horrible place to be and to study. It was just surviving,” he said.

“There was no chance I was going to do well at school. How could I with violence every day … I essentially just gave up.”

Now 36, Shin is a lawyer at WEstjustice community legal centre.

He laminated his low ENTER score to show other students it wasn’t a barrier to achievement.

But he said it took years of hard work and tenacity to get to where he is. He eventually got into legal practice at Swinburne TAFE in 2007. After completing an arts degree at La Trobe University, he was accepted to study law at Victoria University. 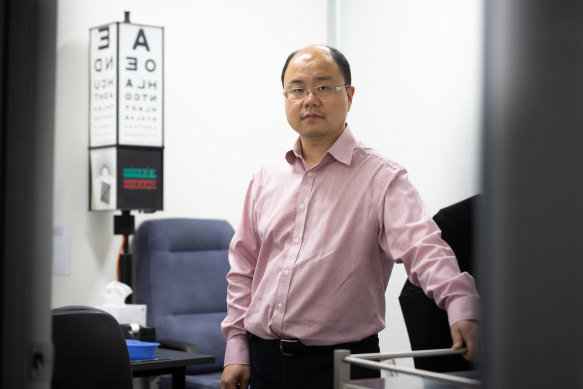 Ye Chen arrived in Melbourne as a 10-year-old with little English and later achieved a 99.95 ATAR ranking.Credit:Jason South

Shin “bawled [his] eyes out” when he found out. He finished with honours.

“I really put my head down and had zero social life,” he said.

“You can always write your own story. At law school, you need [an ENTER score of] 99, maybe 98, to be considered. Here I am as a lawyer of almost eight years and a program manager. Chase your dreams. I am proof it can work out.”

Ye Chen still remembers the moment he received his 99.95 score, 24 years on.

It was a time before students could check their results online and Chen, then 17, was somewhere on the railway line between Adelaide and Melbourne, returning home after an interview at the University of Adelaide.

He took a call from his parents, who said that Chen’s chemistry teacher at University High School drove over that morning with some exciting news: he’d scored a perfect 50 in every subject, and an ATAR of 99.95.

In a way, it was perfect that Chen received the good news while on the interstate train.

He’d spent his high school years catching the route 59 tram from Airport West to Parkville and back every day, commuting from outside University High’s zone on a scholarship for advanced students.

That scholarship came about through the support of teachers at West Footscray Primary School. Chen arrived there in grade five with very little English, having just emigrated from Shanghai.

“They were amazing in giving me multiple tutes [tutorials] to help improve my English,” Chen said.

He still remains in contact with one of those teachers, Ms Fanner.

“I remember reading Roald Dahl books with her, Fantastic Mr Fox,” he said.

With his perfect ATAR, Chen enrolled in medicine at the University of Melbourne. But despite his VCE achievement, he felt some university peers had a better aptitude for medicine than he did.

“I definitely felt very humbled going to university,” he says. “The people around me were very inspirational, and I realised, ‘I have to work differently now, I can’t just do the things I did at high school’,” he said.

Today, following a four-year doctorate at Oxford, he is an ophthalmologist, performing surgery on people’s eyes. As with his schooling, he has remained in the public system.

Chen works in Melbourne’s western suburbs, giving back to the community that supported him.

“A high VCE score is helpful, but is not the be-all and end-all. It’s a long journey, so enjoy it together with the people around you,” he said.

The average ATAR this year is 70.33, the Victorian Tertiary Admissions Centre said.

Universities will use the rankings to offer students places in courses, with most offers due to be made on December 21. 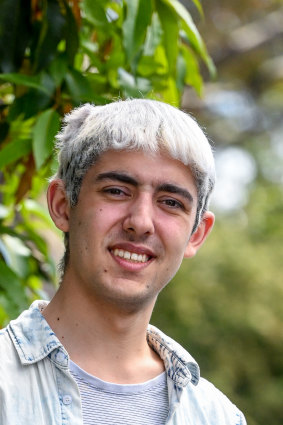 Latrobe Valley student Nick Vella did not complete year 12 but eventually found his way into his dream field.

He dropped out of high school in 2018, halfway through year 12, due to the limited study options available.

But Vella said leaving school without his VCE was not a barrier to pursuing his dream career, as he knew there was “a more practical way” to learn skills and prove his aptitude for tertiary studies.

He studied a Certificate IV in Information Technology at Swinburne University. Now 22, he’s working part-time as a software developer and completing a Bachelor of IT at Monash University.

“The skills that I have learned in my diploma have helped me massively, I’m ahead in so many different aspects,” he said. 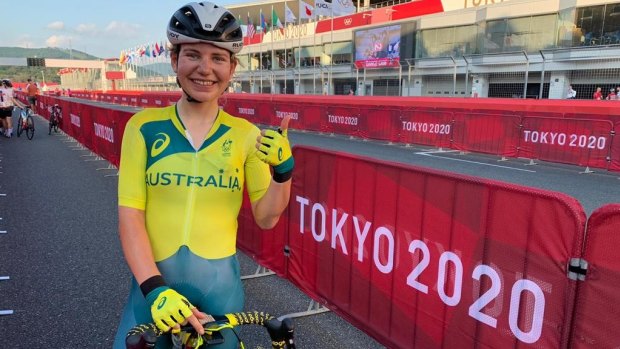 Sarah Gigante received a perfect ATAR, but five years on, road cycling remains her passion. She became an Olympian and competed at Tokyo last year.

The 22-year-old said her final year at Melbourne Girls Grammar was hectic as she broke both arms in a cycling crash but recovered to race in two junior track world championships.

She studied while in transit in Austria and Switzerland and was surprised to get a perfect score.

“I went to the Olympics last year, I loved cycling. I always wanted to study alongside it,” she said.

A month after her VCE results she won a senior championship and her priorities quickly changed. She went straight into a chancellor’s program with a Bachelor of Science at Melbourne University and has since switched to a Bachelor of Arts with a diploma of Spanish.

While a perfect ATAR was a great payoff for her work, she said she could count on one hand the number of times it’s been spoken about.