Home » World News » From the Archives, 1980: ‘Camel Lady’ in Melbourne to promote Tracks

From the Archives, 1980: ‘Camel Lady’ in Melbourne to promote Tracks

The woman who won the title “The Camel Lady” for her 2700-kilometre journey through the Australian Outback on a camel, now despises that fame. 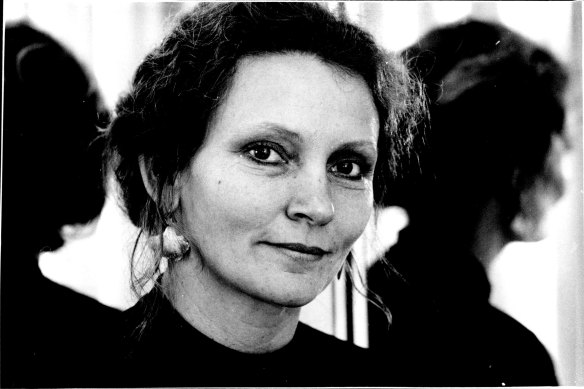 After a life of drifting from one ‘lunatic job to another” and of starting but never finishing courses in Japanese, philosophy, music and biology, Robyn Davidson stepped back into society after eight months in the desert with what she calls a ready-made personality.

“I was the camel lady” she said yesterday recalling the label some of the media gave her at the end of the trek from Alice Springs to the west coast. It was a title and an image she never wanted. She had returned to civilisation confident that she had finally found her niche in the universe: life had a sense of purpose. The search was ended. Then came the glare of television cameras, and the “Camel Lady” headlines flattened her confidence in seconds.

Miss Davidson, 30, agreed yesterday that she had perhaps been a little naive in not thinking that her journey would have captured the imagination of the world. “I did not think anyone would he remotely interested. I suppose I was very naive to have believed I would not create any ripples with this trip,” she said.

Since her emergence from the desert in April 1977, Miss Davidson admits she has learned to deal with the media. “God, I did the best television interview I have ever done with Willesee today and they didn’t goddamn use it,” she said as we walked into her room at a city hotel yesterday.

A far cry from the woman who wrote in her book about the desert crossing: “Why couldn’t they understand that some of us just don’t want to be famous — that anonymity cannot be bought for any price once you have lost it.”

All the same, the desert, the Aborigines, and even the drunken white men of central Australia have all left a mark on Miss Davidson. The desert infuriated at times, at others it fascinated.