Home » World News » From the Archives, 1995: Mietta’s, a Melbourne institution, to close

From the Archives, 1995: Mietta’s, a Melbourne institution, to close No new year for Mietta's –

Mietta's, an institution, is off Melbourne's menu

Vale Mietta's. It's been up, it's been down, and it'll be over by the end of the year. Mietta's, the upstairs restaurant, downstairs arts venue, is to close. 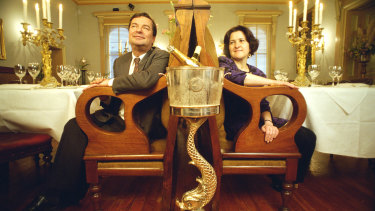 Mietta O’Donnell and her partner Tony Knox in their restaurant.Credit:Simon O’Dwyer

The maestros of the Alfred Place institution, Ms Mietta O'Donnell and Mr Tony Knox, announced yesterday the tradition would end on 1 January.

"Twenty-one years in this business has been exciting but exhausting and the time has come for a change in direction, " Ms O'Donnell said.

Ms O'Donnell sent letters to friends and issued a statement yesterday explaining the decision. The closure was part of a plan by her and Mr Knox to "explore new opportunities".

The nature of the opportunities was not spelt out, but there was talk of a similar venture in Sydney, including rumors of the pair establishing the same style of performing arts-cum-restaurant venue in the old Customs House there.

An agreement has been reached in principle to sell the building lease, but the pair will keep the Mietta's name for future business ventures. Mietta's Queenscliff Hotel is not affected by the decision.

The news surprised not only others in the industry, but also good friends and long-term patrons.

"I think it's a great shame that Melbourne's losing such a great platform for performance, not to mention a fine restaurant, " said Mr Ken Mackenzie-Forbes, the director of musicals and concerts at the Victorian State Opera. 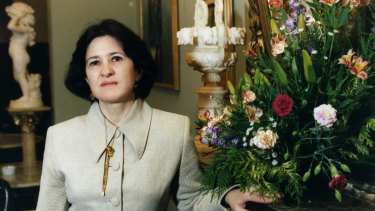 The restaurateur Ms Stephanie Alexander, who has known Ms O'Donnell and Mr Knox since they began, praised them for having done "an extremely good job".

"I don't think it should be a concern for misery – it's a passing on of the baton."

A former Mietta's chef, Mr Alain Kerambrun, said he was shocked by the news. "It's a shame, it's very sad," he said.

"I know they've had financial difficulties, and some of us have supported them in that situation . . . The loss to the performing arts, it's going to be a big loss, it really is. She's been so supportive to artists."

Mietta's has been many things over the years. The restaurant began as a Brunswick Street BYO in 1973, in a converted butcher shop, with a conscious policy not to replicate formal French food. Its cooking style was eclectic, ranging from French provincial to an early version of East-meets-West, but its direction changed to more formal dining, particularly after Mr Jacques Reymond became chef.

The style was then French modern. The restaurant moved to Alfred Place, to a building that had begun as the German Club and then the Naval and Military Club. The upstairs ballroom was painstakingly restored and transformed into a formal French-style dining room. There was a succession of fine chefs, including Mr Reymond, Mr Pierre Stinzy (who now runs his own catering company) and Mr Romain Bapst (now at Hayman Island).

For a time, Ms O'Donnell and Mr Knox spoke of the importance of traditional European dining. More recently, however, they said that there was not much place for such a style.

Mietta O'Donnell has done so much for the cultural life of Melbourne."

Rhonda Galbally, VicHealth chief executive: "Mietta's has given Melbourne a tremendous boost and I think it has been responsible for getting that end of town really lively. I have been to some wonderful concerts there."

Dr Ray Marginson, former president of the Museum of Victoria: "I think it's a bit of a disaster for Melbourne. It's been a unique environment of art, culture, and fine dining in Melbourne."

Prue Acton, fashion designer and artist: "It's such a shame.

I have many memories of evenings there, with Mietta always so elegant, so serene."

Ken Mackenzie-Forbes, director of musicals and concerts for the Victorian State Opera: "I think it's very sad. It's been a marvellous salon for artist to perform works."