A FURIOUS flat owner has made a lucky escape after his FLOOR collapsed from underneath him leaving a massive hole.

Liam Spender "nearly fell through" a 40cm by 30cm hole under the carpet of his two-level leasehold flat in Canary Wharf, London, this weekend. 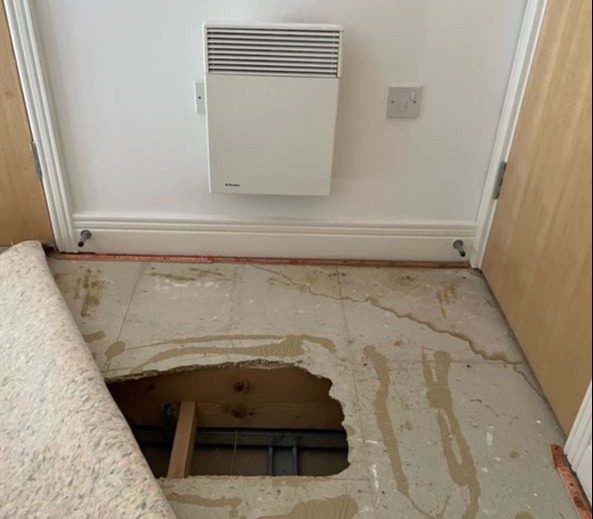 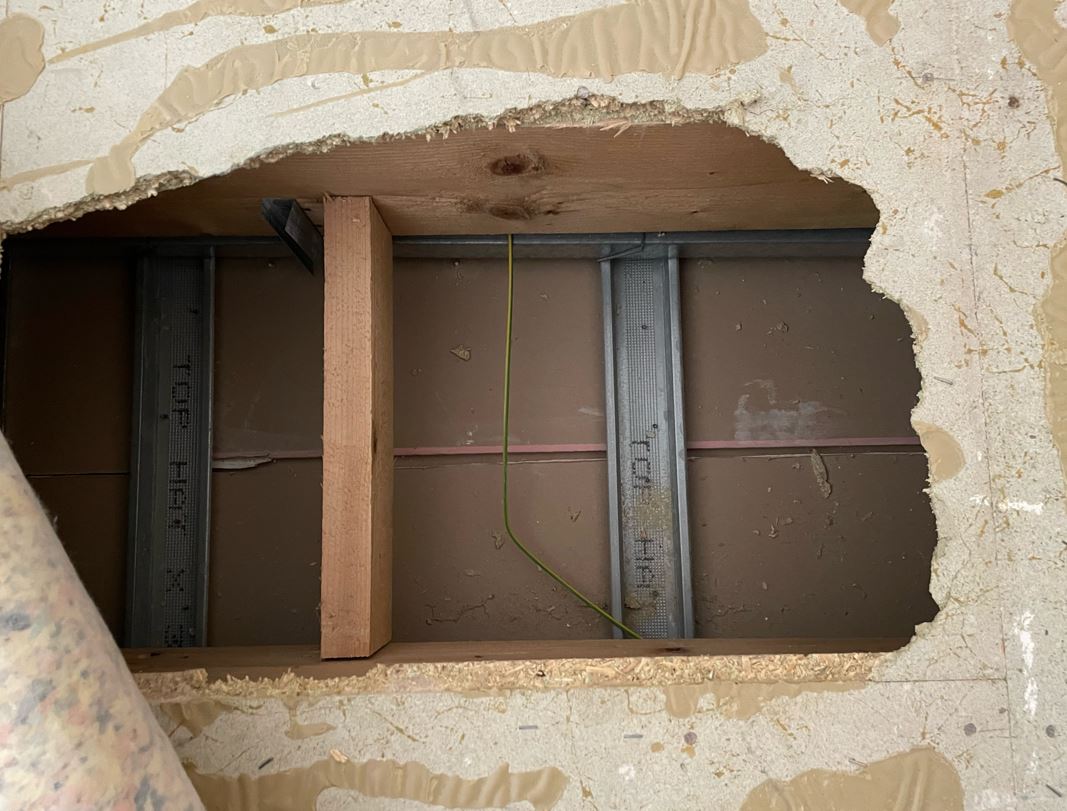 The lawyer told how he was stood on a gallery level above his bedroom when he "felt the floor go" beneath him and quickly jumped out of the way.

He turned around and noticed a strange dent and – when he lifted the carpet up – he couldn't believe his eyes.

"I felt the floor go and moved quickly out of the way. I turned back and there was a dip in the carpet. I nearly fell through the floor.

"It could have been a lot worse and I could have gone straight through," he said.

Because his property – built by developer Berkeley Group – is two levels rather than two floors, the building developer was not required to reinforce the floor with concrete, Liam said.

Instead, it is built out of chipboard and wooden joists.

Writing on Twitter, he explained how there is "only air between the floor boards and the room underneath".

Liam has already been battling with incorrect cladding used on the outside of his property.

He said: "I'm going to get the bill for fixing the mess on cladding. The broken floor is literally a step too far.

"I have not had my bill for the cladding issues yet. But I'll be sending the bill for the floor and the cladding – when it comes – marked for the attention of the chief executive and chairman of Berkeley homes." 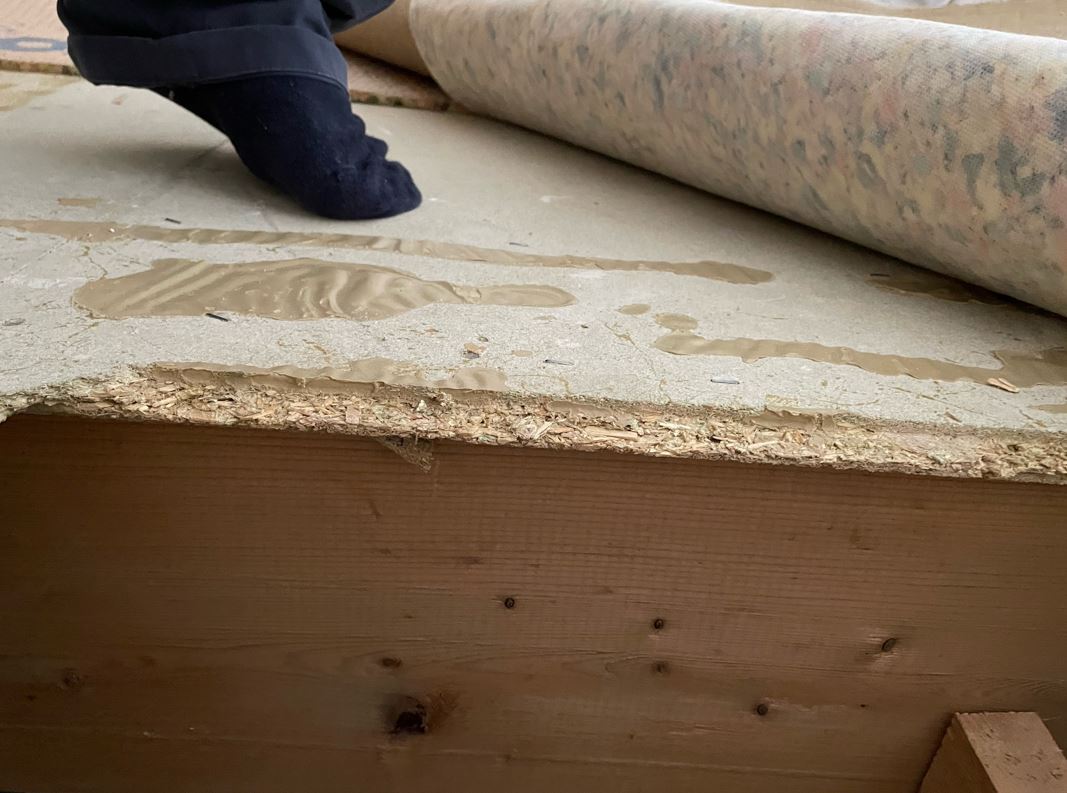