Fury as University of Warwick issues trigger warning of ‘racism’ for Sir Walter Scott’s Ivanhoe over ‘offensive’ depictions of black slaves, Arab Muslim captives and characters being prejudiced against Jews

A descendant of legendary novelist Sir Walter Scott has slammed a university’s decision to slap trigger warnings on his historic works and branded them ‘cowardly’.

The celebrated Scottish writer, who penned his epic Ivanhoe in 1819, has seen his work branded ‘offensive’ and ‘disturbing’ by academics at the University of Warwick.

The university’s English department warns students who are to study the novel: ‘Amongst the aspects readers might find disturbing, this text includes offensive depictions of people of colour and of persecuted ethnic minorities, as well as misogyny.’

But Scott’s great-great-great-great-grandson, Matthew Maxwell-Scott, defended his ancestor’s historic work and was left saddened that Ivanhoe was branded potentially upsetting to a modern audience. 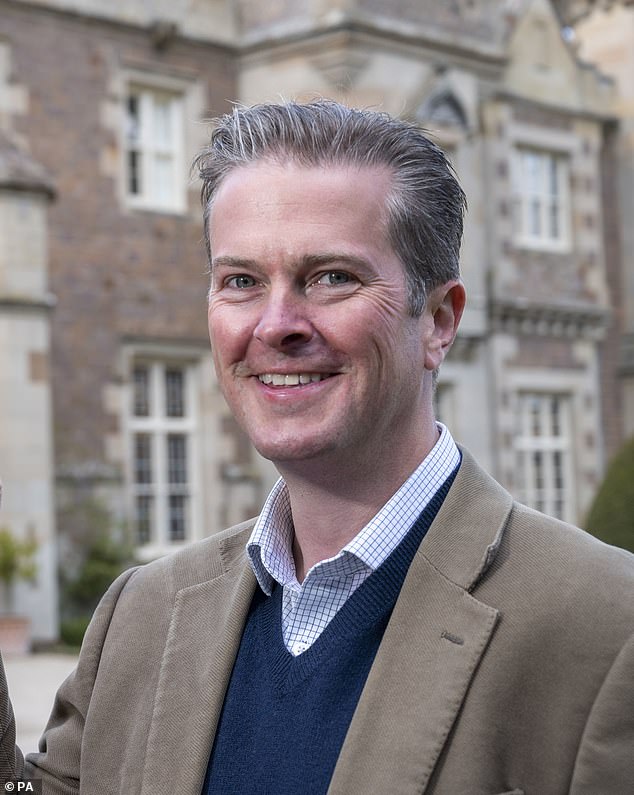 He told the Telegraph: ‘Attacking those who cannot defend themselves has always been a coward’s charter.

‘Today, social media and the growth of academia provide new playgrounds for the modern bully. Long-deceased artists are a particular target. Often exhibiting the hated traits of maleness, paleness and, to some eyes at least, staleness, it is open season.’

The events of Ivanhoe, published in 1819, follow England after the Third Crusade with the protagonist Sir Wilfred Ivanhoe and the raging conflict between Anglo-Saxon and Norman nobles.

Sir Walter Scott’s historical novel was branded ‘offensive’ in its treatment of racial minorities, which includes black slaves and Muslim captives in the book. 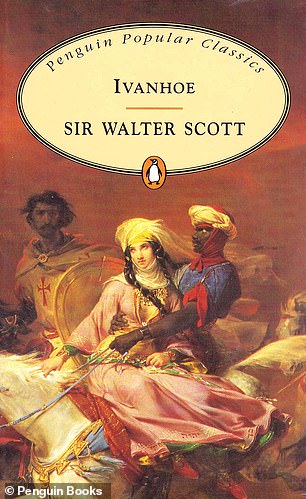 Sir Walter Scott’s historical novel was branded ‘offensive’ in its treatment of racial minorities, which includes black slaves and Muslim captives in the book

Critics have also said characters within the book show clear prejudice against Jews, while misogynistic interpretations of women are also present.

In common with dozens of universities, Warwick uses such warnings to alert students to sensitive material, such as racism, homophobia and violence, so they can prepare themselves for a potentially unpleasant experience.

Mr Maxwell-Scott, a trustee of his ancestor’s residence at Abbotsford and a Conservative councillor, said the university’s trigger warning was ‘disappointing’.

He added: ‘All manner of titles can face this as we seem to have lost the ability to appreciate any artistic output as a product of its time.

‘Scott, the father of the historical novel, used his meticulous research to transport readers of Ivanhoe to a different moral landscape, one alien to the Enlightenment world he was forged in, let alone that of today.

‘Seeking out theoretical faults rather than identifying the many positives is a shame. Consider Scott’s contribution to our language. He is the third most-quoted source in the Oxford English Dictionary.’ 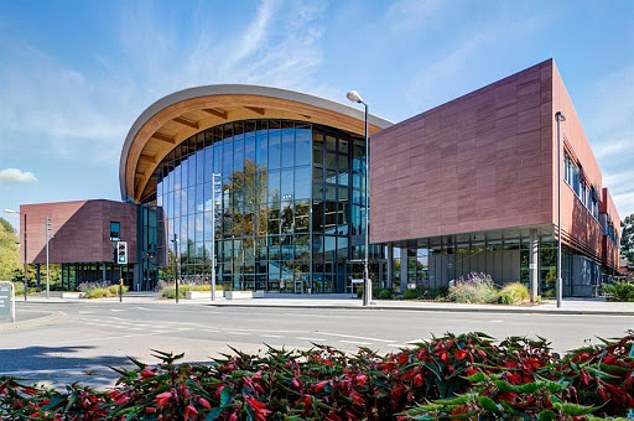 Warwick, one of 24 members of the elite Russell Group of British universities, began using trigger warnings in 2019, but had received several complaints in recent years about the content of its literature and drama courses

Warwick, one of 24 members of the elite Russell Group of British universities, began using trigger warnings in 2019, but had received several complaints in recent years about the content of its literature and drama courses.

A spokesman from the University of Warwick said: ‘We believe students should be exposed to challenging ideas, stories and themes through their studies and view it as an essential part of learning and understanding different perspectives. That’s why the university does not ask departments to issue content guidance notices for course materials.

‘However, a small number of departments and academics choose to do so, making their own judgment and rationale for deciding on what guidance they feel may be needed for the coursework they set.

‘We fully respect our colleagues right to exercise their academic freedom in this way, but the practice remains rare within the university with less than one per cent of our overall curriculum including any content guidance.’

Born on August 15 1771, Sir Walter Scott was became fascinated by the oral traditions of the Scottish Borders.

He overcame a bout of polio in his childhood and launched his literary career at 25,  beginning to write professionally and translating many works from German.

Dubbed ‘The Wizard of the North’, Scott was praised by his descendants as an ‘early advocate for mindfulness, an environmentalist and devoted family man’.