‘Gaslighting’ is named the word of 2022 according to the Merriam-Webster after searches on its website soared 1,740% in a year

‘Gaslighting’ has been named the word of 2022 by dictionary Merriam-Webster after a 1,740 per cent surge in searches for the expression on its website in a year.

There was not a single event which drove spikes in the curiosity of searchers for the term, which usually happens when there is a new word of the year. Merriam Webster defines gaslighting as the psychological manipulation of a person, usually over an extended period of time.

Gaslighting causes the victim to question the validity of their own thoughts, perception of reality, or memories and typically leads to confusion, loss of confidence and self-esteem, uncertainty of one’s emotional or mental stability, and a dependency on the perpetrator.

It is a tool usually used by abusers in relationships and by politicians and other newsmakers. Gaslighting can happen between romantic partners, within a broader family unit and also among friends. 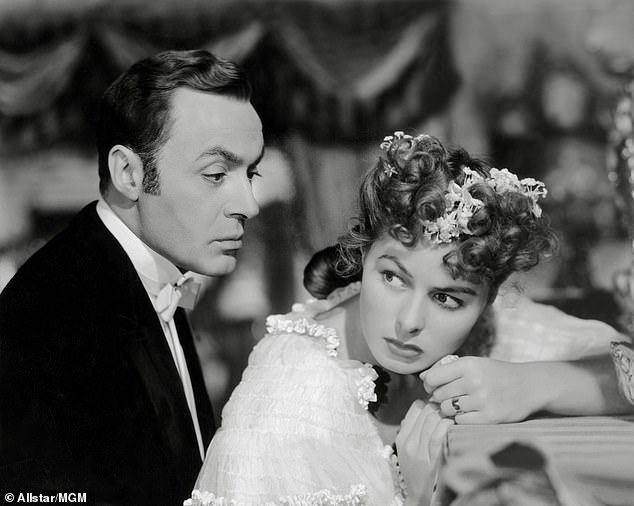 In the 1940s, there were two film adaptations of the play first out in 1938 called Gaslight. There was one in 1944 by George Cukor called Gaslight, pictured, starring Ingrid Bergman as Paula Alquist and Charles Boyer as Gregory Anton

Gaslighting is the act of distorting the truth in a way that’s intended to make another person accept the deception due to doubting their own memory, reality, or sanity. It’s considered a form of psychological manipulation or emotional abuse.

The word gaslighting (referring to the act or practice) comes from the verb gaslight. Both gaslighted and gaslit are used as the past tense of gaslight.

The term is often applied in the context of emotionally abusive relationships, such as romantic relationships or among family members. It is also sometimes used in reference to manipulative deception in other contexts, such as by politicians.

The verb gaslight comes from the 1938 play Gas Light by Patrick Hamilton, which also had two 1940s movie adaptations. In the story, a husband attempts to drive his wife insane by, among other things, dimming the gas lights in their house and claiming she is imagining it.

People can gaslight as a corporate tactic or a way to mislead the public. There is also medical gaslighting, when a health care professional dismisses a patient’s illness or symptoms as ‘all in your head.’

The word first appeared in 1938, despite its recent prominence and being used in ‘Gaslighter’ The Chicks 2020 album. Its use in 1938 was for a play called ‘Gas Light’ by Patrick Hamilton.

In the 1940s, there were two film adaptations of the play. There was one in 1944 by George Cukor called Gaslight, starring Ingrid Bergman as Paula Alquist and Charles Boyer as Gregory Anton.

The story sees the two marrying after a whirlwind romance, with Gregory turning out to be a big gaslighter. One instance sees him insist that the complaints she makes about the constant dimming of their London townhouse’s gaslights are a figment of her troubled mind- it wasn’t.

When Angela Lansbury died in October, there was an increase in lookups of the word. She had played Nancy Oliver in Gaslight, a young maid hired by Gregory and told not to bother his ‘high-strung’ wife.

Later, the term was used by mental health professionals to clinically describe a form of prolonged coercive control in abusive relationships.

Peter Sokolowski, Merriam-Webster’s editor at large, said: ‘There is this implication of an intentional deception.

‘And once one is aware of that deception, it´s not just a straightforward lie, as in, you know, I didn´t eat the cookies in the cookie jar.

‘It´s something that has a little bit more devious quality to it. It has possibly an idea of strategy or a long-term plan.’

Mr Sokolowskisaid: ‘It’s a word that has risen so quickly in the English language, and especially in the last four years, that it actually came as a surprise to me and to many of us. It was a word looked up frequently every single day of the year.’

‘Gaslighting,’ Sokolowski said, spent all of 2022 in the top 50 words looked up on merriam-webster.com to earn top dog word of the year status. 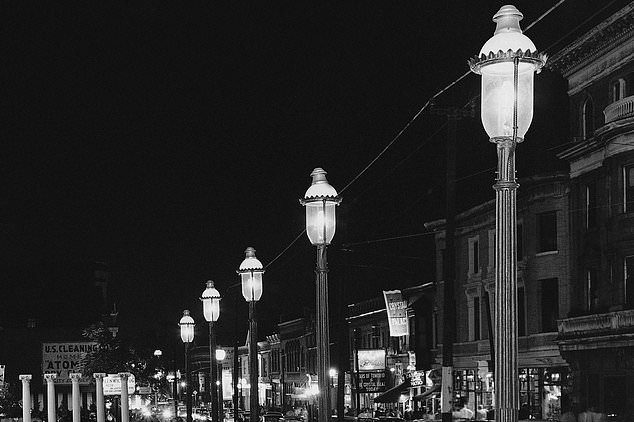 The word of the year on Merriam-Webster is chosen based on data. Mr Sokolowski and his team go through evergreen words on their site to gauge which words have surged in lookups over the year.

The team does not analyze why people look up words. Reasons can be anything from spelling and definition checks to attempts at inspiration and motivation.

Some of the droves who looked up ‘gaslighting’ this year might have wanted to know, simply, if it’s one or two words, or whether it’s hyphenated.  Last year’s pick was ‘vaccine.’

– ‘Omicron,’ the persistent COVID-19 variant and the 15th letter of the Greek alphabet.

– ‘Codify,’ as in turning abortion rights into federal law.

– ‘Raid,’ as in the search of former President Donald Trump´s Mar-a-Lago home.

– ‘Sentient,’ with lookups brought on by Google canning the engineer who claimed an unreleased AI system had become sentient.

– ‘Loamy,’ which many Wordle users tried back in August, though the right word that day was ‘clown.’