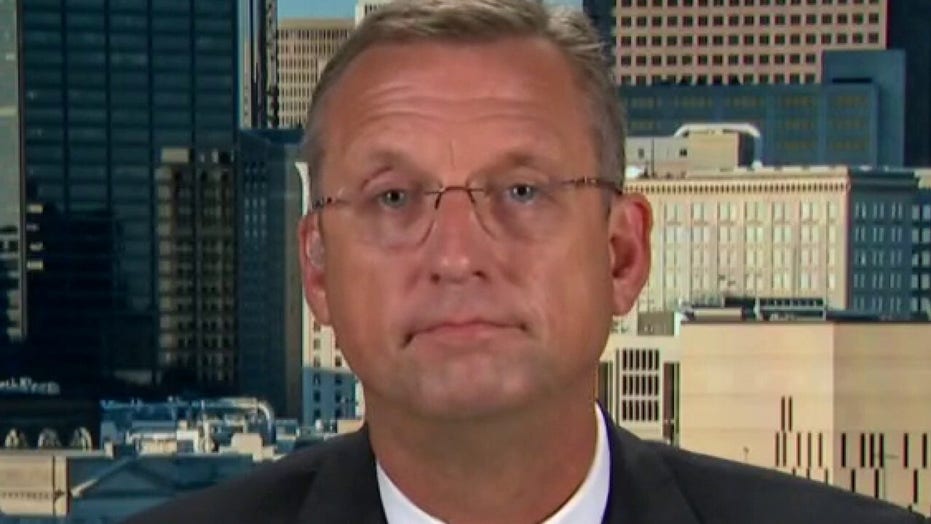 Georgia has seen a sharp increase in confirmed coronavirus cases as well as people hospitalized; Georgia Congressman Doug Collins weighs in on ‘The Daily Briefing.’

Georgia Gov. Brian Kemp is banning cities and counties from mandating that masks be worn in public to limit the spread of COVID-19.

Kemp's executive order is a revised extension of guidelines put in place during the start of the pandemic, which encouraged, rather than required, residents to wear masks in public. The governor has called implementing such a measure “a bridge too far."

The executive order reads in part: “State, county, or municipal law, order, ordinance, rule, or regulation that requires persons to wear face coverings, masks, face shields, or any other Personal Protective Equipment while in places of public accommodation or on public property are suspended to the extent that they are more restrictive than this Executive Order."

ATLANTA MEGACHURCH CLOSED THROUGH END OF 2020 DUE TO CORONAVIRUS 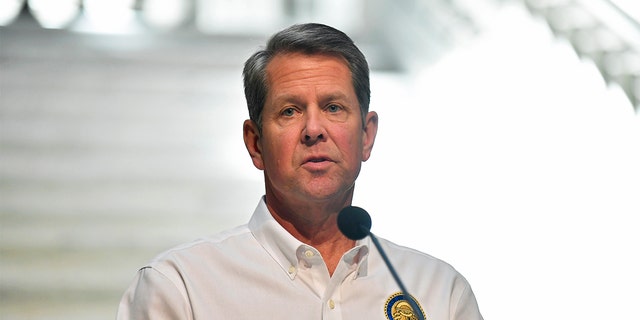 Georgia Gov. Brian Kemp speaks to members of the media during his weekly press conference regarding the coronavirus pandemic from the Georgia State Capitol on May 07, 2020, in Atlanta, Georgia. (Photo by Austin McAfee/Icon Sportswire via Getty Images)

His orders had banned local governments from taking more restrictive steps than the state, but the new set of rules specify that cities and counties can’t require the use face coverings, according to the Atlanta Journal-Constitution.

"Previous executive orders – and now this order – state no local action can be more or less restrictive than ours," said Candice Broce, Communications Director, and Chief Deputy Executive Counsel for the governor. "We have explained that local mask mandates are unenforceable. The Governor continues to strongly encourage Georgians to wear masks in public."

Savannah Mayor Van Johnson was the first local official to defy Kemp and order masks. Cities like Atlanta, Athens, and Augusta soon followed suit. The mayor had said police would start writing $500 citations to businesses that didn't enforce the law.

“It is officially official. Governor Kemp does not give a damn about us,” Johnson wrote on Twitter Wednesday night. “Every man and woman for himself/herself. Ignore the science and survive the best you can.”

Kemp on Wednesday also extended parts of his executive order until July 31. It extends the ban on gatherings of more than 50 people, renews rules about how businesses can operate and orders nursing home residents, senior home residents and other people with medical conditions to shelter in place.

Georgia reported 3,871 new confirmed coronavirus cases and 37 deaths on Wednesday. It was the second-highest total since the start of the pandemic. The state has seen more than 127,838 total confirmed cases and at least 3,091 deaths from the virus, according to data from Johns Hopkins University.

An increasing number of other states have ordered residents to wear masks in public, including Alabama, which announced such a ban Wednesday.