German shepherd that survived toss from balcony gets temporary home “Miracle” has a new home for the holidays.

The German shepherd dog, who earned her name by surviving uninjured after being tossed off a second-floor motel balcony, was placed in a foster home, according to Volusia County, Florida, Animal Services.

The resilient pooch was in Animal Services custody after her owner, Allison Murphy, was arrested when Volusia County Sheriff’s deputies saw her throw the dog over the balcony railing. The incident, as well as her arrest, were caught on the cops’ body cams Monday.

The deputies were called to the motel by staff who said Murphy had attacked a maid.

Miracle, who landed on her feet, got a checkup at an animal hospital, where a vet saw a few scrapes and bruises to her paws, and a sewing needle in the dog’s left rear thigh. It’s not clear how the needle got there, but it was added to the felony animal cruelty investigation against Murphy.

Miracle’s got a new foster parent will remain anonymous because of the ongoing criminal case, TMZ reported. She’ll have to wait until after the criminal case is resolved before she can be adopted permanently. 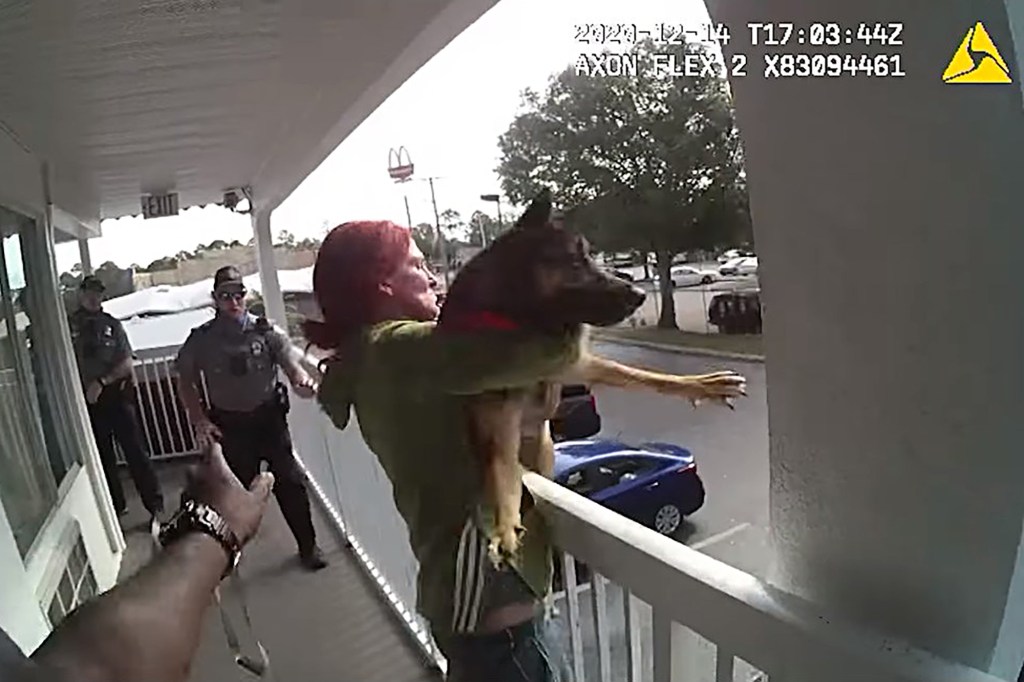 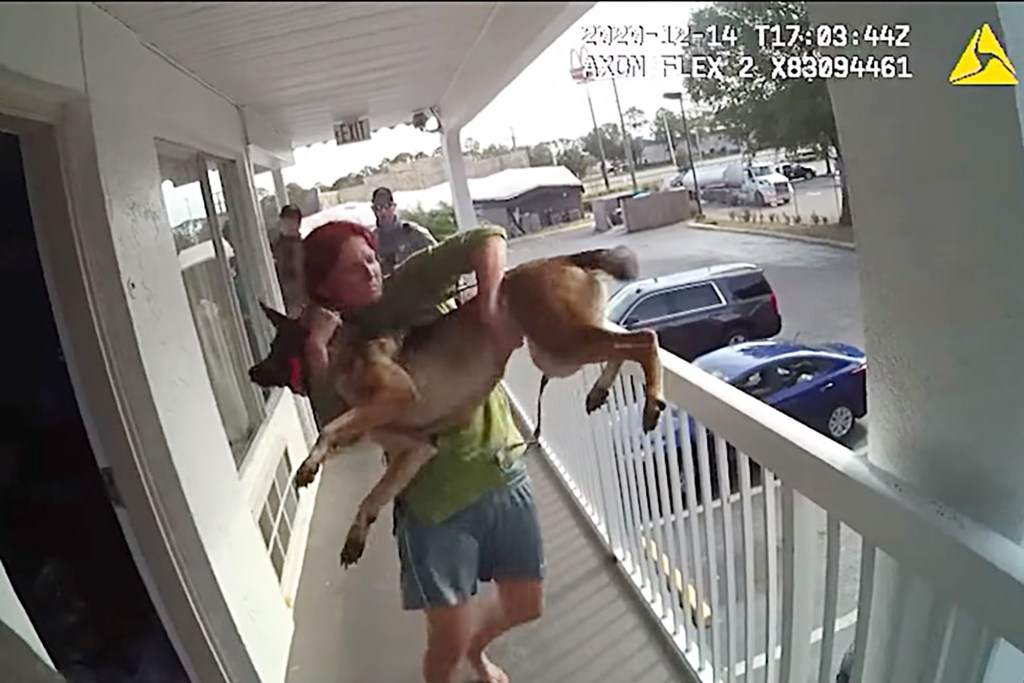 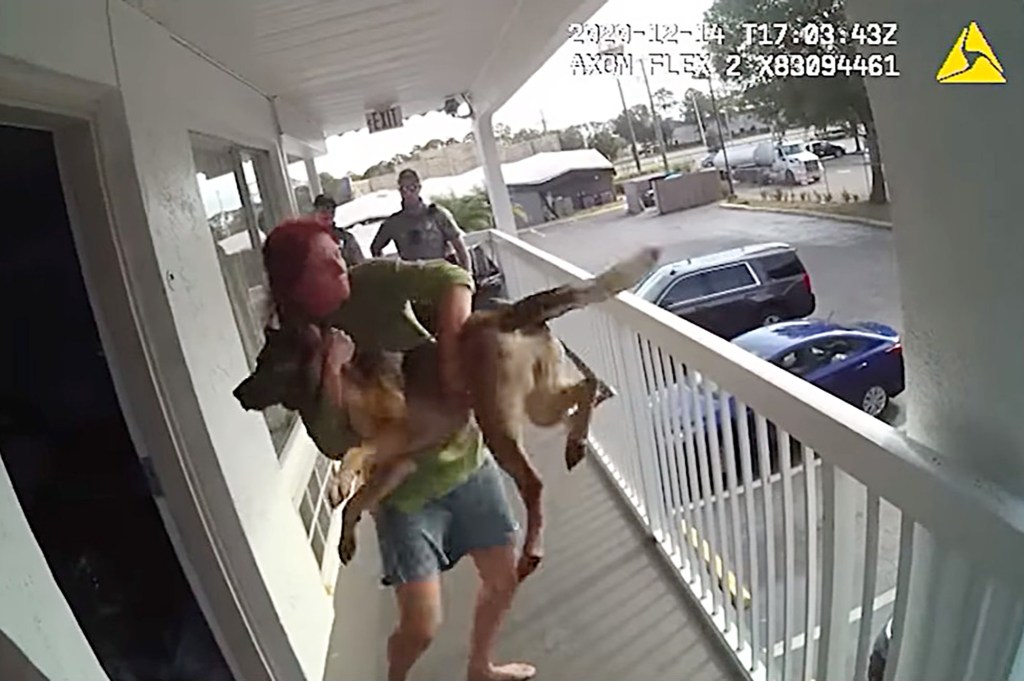 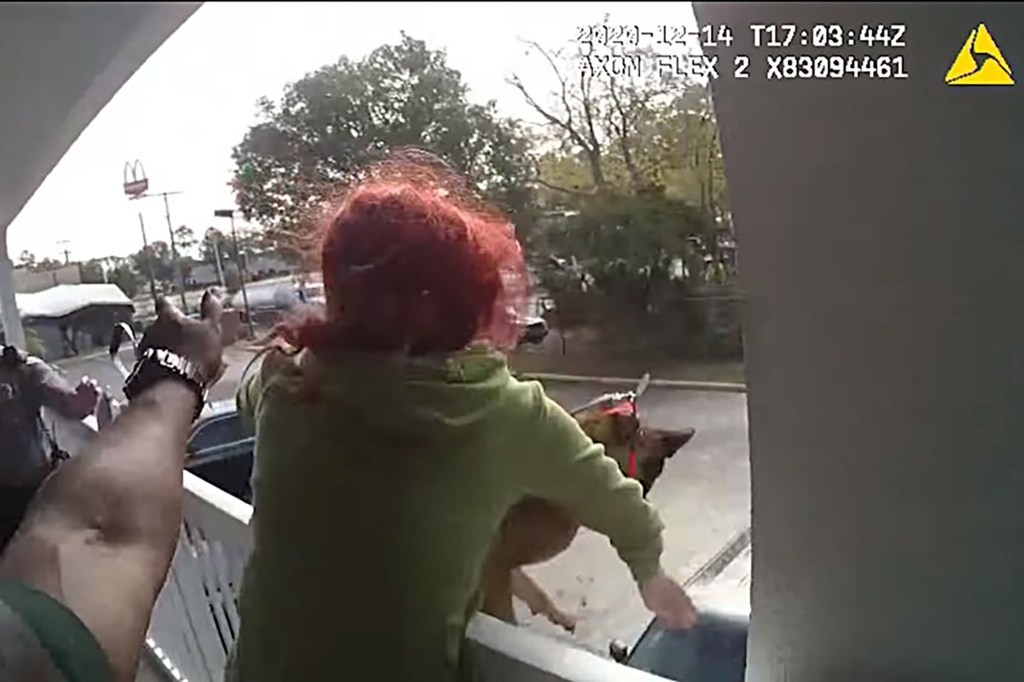