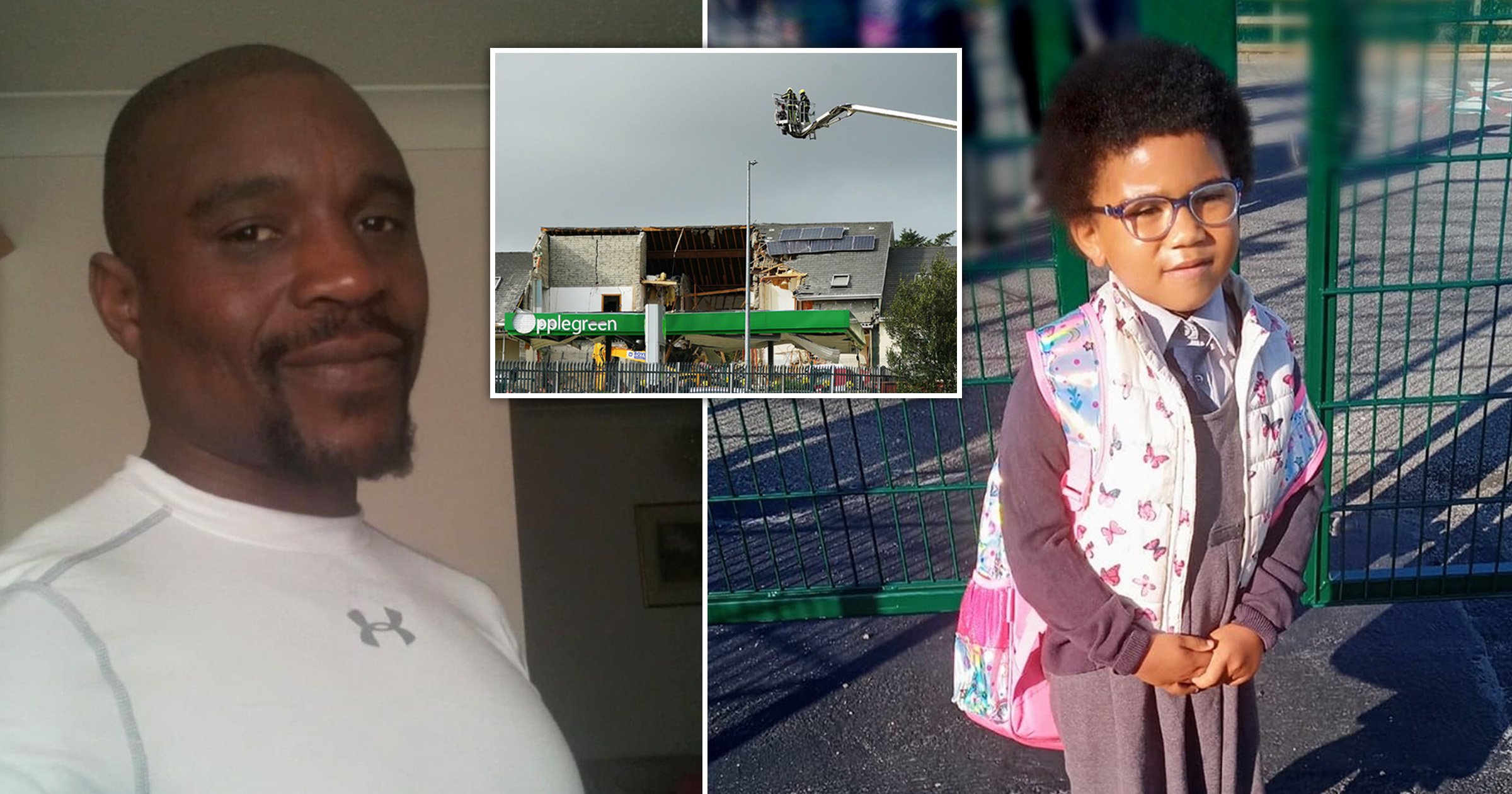 A five-year-old girl and her dad who were killed in a petrol station explosion are thought to have been buying a birthday cake for her mum.

Robert Garwe and his daughter Shauna died moments after stepping foot inside the service stop on the outskirts of Creeslough, County Donegal.

They are among the 10 victims of Friday afternoon’s blast, which is being treated as ‘a tragic accident’ by police.

A family friend told the MailOnline: ‘It is heartbreaking, she was just a little girl

‘She had gone to the shop with her dad to buy her mum a birthday cake and they were caught up in the explosion.

‘She had just started school as well. Her mother is absolutely devastated, the whole family are.

‘This is only a small village and this incident has really hit us hard.’

The explosion claimed the lives of four men, three women, two teenagers and the little girl.

More details have been released about their final moment of the casualties whose ages range between 59 and five.

Leona Harper died while picking an ice cream from the petrol station shop before she planned to head to a sleepover with friends.

Her heartbroken brother, Anthony, paid a moving tribute to the 14-year-old on Facebook last night.

‘I don’t no where to begin, Leona I couldn’t have asked for a better little sister,’ he wrote.

Letterkenny Rugby Club also paid tribute to the ‘talented player’, who was ‘an important part of our U14 girls team’.

A statement said: ‘To Leona’s parents, Hugh and Donna, her brothers Anthony and Jamie, and all of her teammates, we offer you our deepest condolences and support.

‘There are no words that feel strong enough at a moment of deep sorrow such as this.’

Leona had entered the shop with a friend to get treats before their sleepover after finishing the week at school.

A family friend told the Irish Mail on Sunday: ‘The two girls went into the shop. The plan was that Leona would go to her pal’s house on a sleepover.’

All of the victims were from the wider Creeslough area.

Police said a man in his 20s remains in a critical condition at St James’s Hospital in Dublin.

The seven other surviving casualties continue to receive treatment in Letterkenny University Hospital and remain in a stable condition.