Girl, two, fights for life after falling into fountain in Pontypool

Girl, two, fights for life after falling into fountain when family turned their backs ‘for a few seconds’

A two-year-old girl is fighting for her life after falling into a fountain during a family trip to the park.

Little Grace Lear disappeared when her family turned their backs ‘for a few seconds’ and was later found in water.

Hannah, 30, had taken her daughter Grace and son Noah to a local park to play with a friend and her children when the tragedy happened.

Hannah said the group were momentarily distracted when her husband Sam, 31, arrived and Grace slipped out of sight unnoticed.

They immediately began shouting and searching Fishpond Park, Griffithstown, Pontypool, before another park-goer found Grace in a fountain. 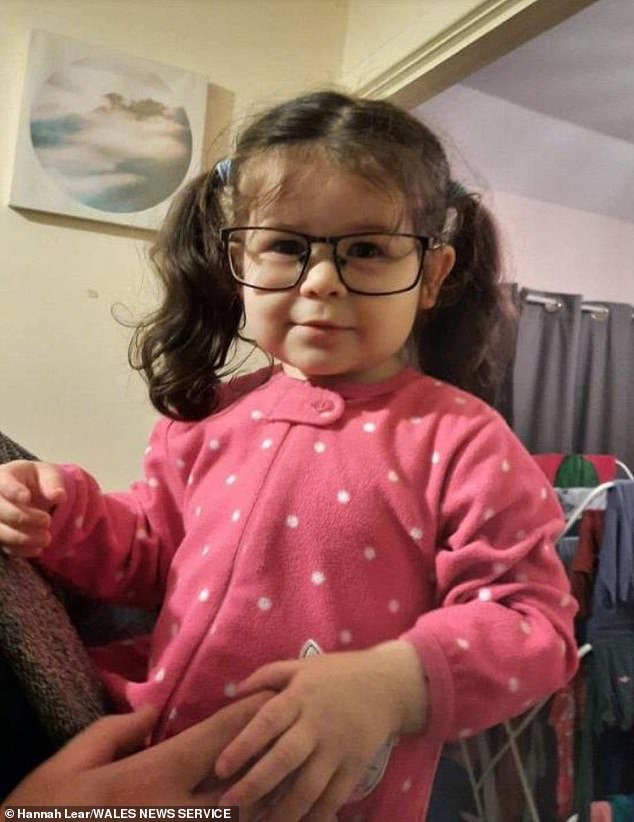 Grace Lear (pictured), two, fell into a fountain in Fishpond Park, Griffithstown, Pontypool, while her parents were momentarily distracted

A passerby spotted the toddler in the fountain in Fishpond Park and, along with three other good Samaritans, administered CPR to little Grace before an ambulance arrived

Hannah said: ‘At around 4.30pm, Grace’s dad arrived with our youngest boy Benjamin.

‘He brought him over to our little group and in the split few seconds our attention had been turned, Grace had disappeared.

‘She hadn’t even been missing a minute before we looked up to find her gone.

‘Our group ran in every direction of the park, calling her name and asking anyone we passed but to no avail.

‘I was just going back to the lawn we had been on and a gentleman shouted to call an ambulance.’

The man and three other passersby began CPR before an ambulance arrived.

Hannah said: ‘Within 10 minutes they just about managed to get her back.

‘A minute or so after, the ambulances, police and the two helicopters arrived and every person began working hard on her and doing everything for her.’

Grace was taken to University Hospital of Wales before being transferred for a heart and lung bypass in Leicester.

Hannah said: ‘I can’t begin to tell you how terrified we’ve been and are as well as heartbroken.

‘She’s the sickest child on the ward which is why we’ve transferred to Leicester.

‘She’s on full life support and last night she had a heart and lung bypass.

‘We are quite literally taking it hour by hour with her.’

A fundraising page has been launched to help the family while they stay at Grace’s bedside.

Organiser Emily Ostler said: ‘I would really like to arrange some donations to make this extremely difficult situation a bit easier for the family. 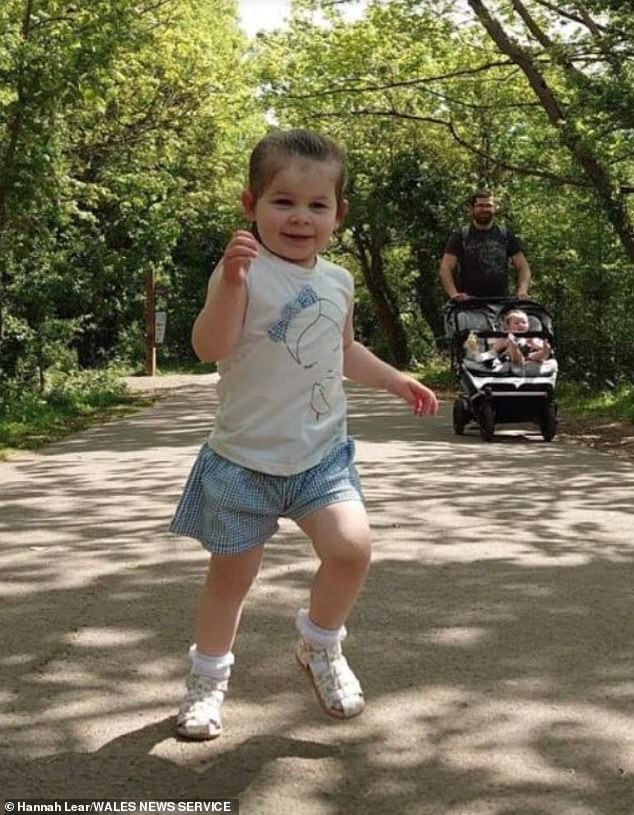 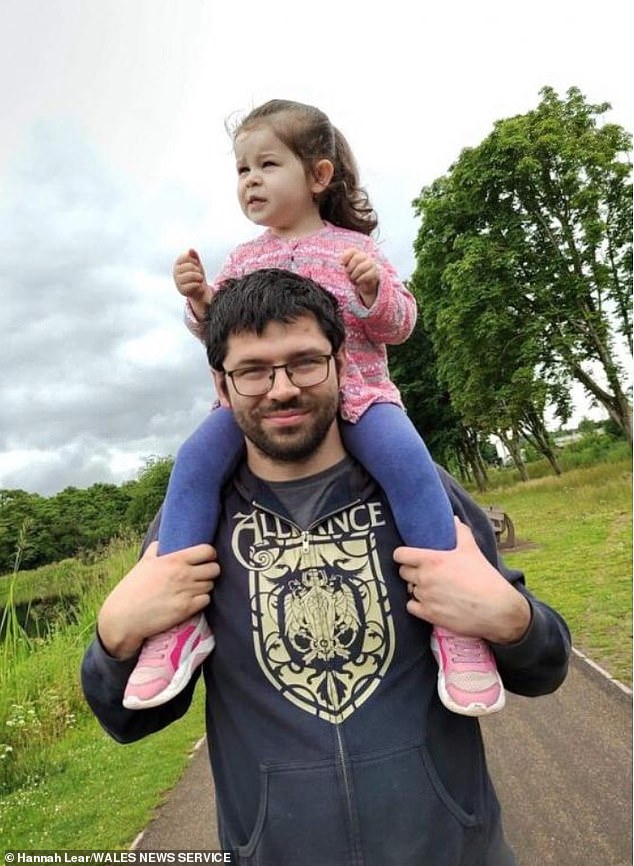 The group were momentarily distracted when father Sam, 31 (pictured here with Grace), arrived and Grace slipped out of sight unnoticed

‘The cost of transport, food, expenses, etc. will all add up.’

Hannah thanked all the well-wishers for their support, saying: ‘So many people have had such a concern for her and have shown how great a community Griffithstown is during this awful time.

‘The donations in a short space of time have been amazing and any donation however big or small is going to help Grace when she’s a little better.’