Giveaway Javid boldly walks the tightrope as he turns the page on austerity and promises a spending spree, writes ALEX BRUMMER

After a decade during which the scale of government spending has been dramatically reduced, Chancellor Sajid Javid called an end to those hard times.

As part of what has widely been seen as a pre-election giveaway, ministers have been primed to spend an extra £13.8billion in the next financial year.

This, as the Treasury gleefully points out, is the first time since 2002 that no area of government has been forced to deliver cuts.

Remarkably, every department is receiving licence to spend more, with the biggest percentage increases earmarked for the NHS, schools, local authorities (which provide social care), policing and justice. 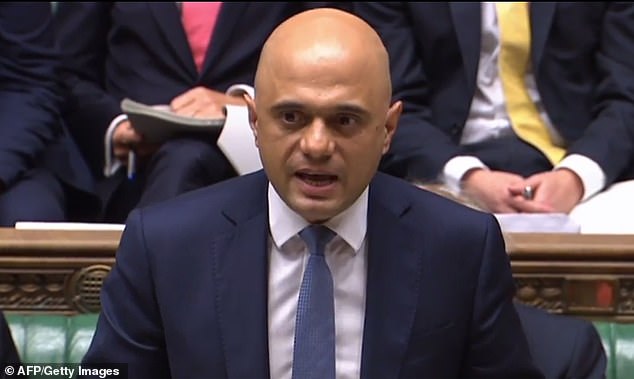 Giveaway Javid is promising more to come if the Johnson administration – or something like it – hangs on to power. Never in recent times is the money more needed.

Not only is much of the public sector operating under severe constraints but the ghastly political stalemate over Brexit has cast a dark cloud over the economy.

Growth moved into negative territory in the second quarter of the year. Business and consumer confidence is in free-fall. There is a mood of great uncertainty. World growth is stalling. And there is a serious danger of the country plunging into recession.

The plummeting pound adds to the disruption, making British firms vulnerable to foreign predators who see us as the bargain basement of the world which can be raided at will.

For example, pub chain Greene King has been bought by an Asian firm for £4.6million, aerospace pioneer Cobham is targeted by private equity bidders, while one of Britain’s fastest growing creative firms, Entertainment One (home of Peppa Pig), is under siege from the US toy giant Hasbro.

The saving grace in these disturbed times is the strength of the UK jobs market, with unemployment at just 3.8 per cent of the workforce. But there are the first indications that the job-creation machine is running out of steam.

In the ten years since the financial crisis, the Treasury has relied on the Bank of England to drive output, investment, consumer spending and job creation by maintaining very low interest rates and by pumping extra cash into the financial system through its £435billion of quantitative easing (or printing extra money). 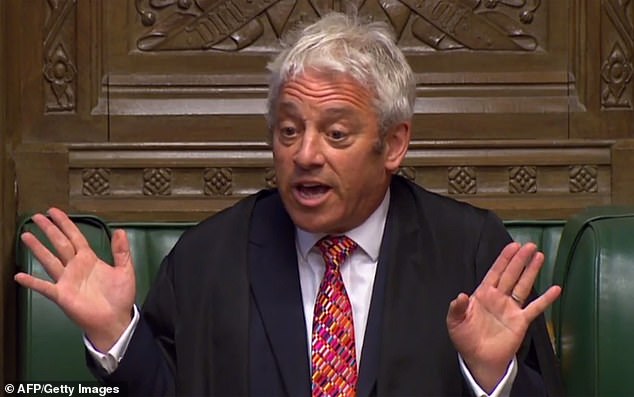 While the Bank still has scope to cut the official interest rate (from the current 0.75 per cent), it is constrained by the collapse in the value of the pound on foreign exchange markets, which means imports cost more and inflation levels are pushed up.

Separately, as cutting interest rates becomes less effective as a tool for driving economic expansion, it has been inevitable that Javid would have to ease budgetary rules and allow borrowing to take some of the strain. The fastest way for governments to deliver an economic boost is through tax cuts and these may come in November should the Johnson Government hang on to power.

However, for the moment, ministers have decided to steal Jeremy Corbyn’s thunder by throwing money at those public services which voters traditionally believe Labour cares for more, as well as protecting areas associated with Tory priorities such as the Armed Forces, the police and the courts.

However, the major significance of Javid’s change in fiscal direction merited better than to be delivered by a Chancellor, in his first substantive appearance at the dispatch box, in a soporific style. Javid made the wry wit and wisdom of his Eeyorish predecessor, the now-exiled Philip Hammond, look almost uproarious.

Regardless of his lack of fireworks, we must treat Javid’s statement yesterday as a down-payment for the future.

It’s a case of steady as she goes.

Crucially, the extra expenditure will not jeopardise the current fiscal rules which seek to keep borrowing below 2 per cent of the total output of the economy and to keep debt (the accumulated borrowing over many years) being chipped away at.

Fortunately, bigger than expected tax receipts along with the tight grip of public spending mean the Government has an estimated £15billion in reserve to spend without breaking any existing rules.

Without doubt, as he spoke of a ‘fiscal framework’ that he proposes to announce in a post-Brexit November Budget, he signalled the current spending restrictions might be removed in order to keep the economy moving and to diminish the scale of the disruption and fiscal shock.

Javid also recognised that one of the keys to future prosperity is to put new infrastructure in place, including much better rail and road systems for commuters as well as reinvigorating Britain’s science-based economy.

Of course, a recession would make all this very much more difficult as it would reduce the Treasury’s take from taxes and raise the cost of payments such as unemployment benefits.

The Chancellor is walking an economic tightrope but has taken a bold first step in the right direction.