British Army Gurkha, 32, is found not guilty of sexually assaulting female medic after claiming he was trying to keep warm on winter exercise

A British Army Gurkha has been cleared after being accused of groping a female medic colleague while claiming he was trying to keep warm during a winter exercise.

Prosecutors claimed Corporal Basanta Ale Magar, 32, ‘manipulated’ the woman when he said he was ‘freezing’ during the night and moved his camp bed next to hers.

Worried that he was ill, she touched his back to see how cold he was. The married man was then accused of ‘grabbing’ her underwear and breast.

However, the Corporal of the first Royal Gurkha Rifles denied sexual assault at Bulford Court Martial, Wilts, and has now been found not guilty.

The Corporal of the first Royal Gurkha Rifles attempted to nuzzle into the woman’s neck and after she pushed him away, he tried to kiss her but she forced him off again, the board was told. 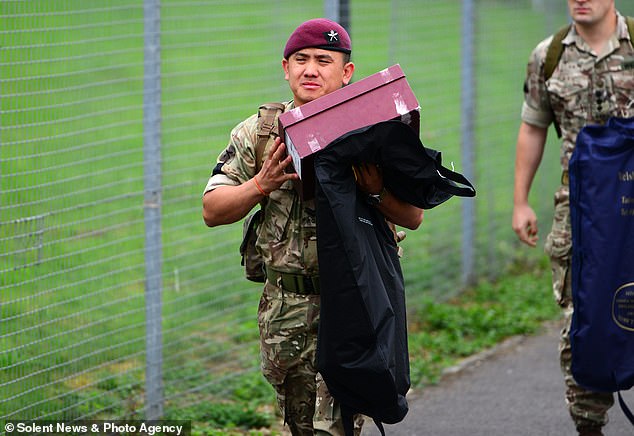 The court heard Cpl Ale Magar then asked the ‘scared’ officer whether she was ‘frisky’.

The woman reported the incident to her sergeant and the military police and the Gurkha was charged with sexual assault.

The board was previously told Cpl Ale Magar dragged his cot camper bed across the 10m by 4m container next to hers.

The woman said: ‘He trapped me in a corner in the middle of the night. I didn’t realise quite what was happening until he started to touch me.

‘I thought he came over to me because he was poorly. It became quite clear what his intentions were.

‘He was sitting right next to me, all I did was reach forward to touch him for reassurance and to see if he was cold – I was in patient mode.

‘I was groggy and tired. I touched his back and it wasn’t cold. Then he started to touch me inappropriately. The moment I started rubbing his back he started touching me.

‘He reached down and touched the small of my back, he then rubbed his arm down and grabbed my underwear. Almost simultaneously, he grabbed my breast underneath my clothing for a couple of seconds.

‘He tried to nuzzle into my neck at the same time and his lips touched my neck.

‘I pushed him off me. I wanted him to get away from me because he had taken it far enough. He tried to grab me again and tried to pull my face towards his.

‘I told him to get off me both times. He was just trying to manipulate me.’ 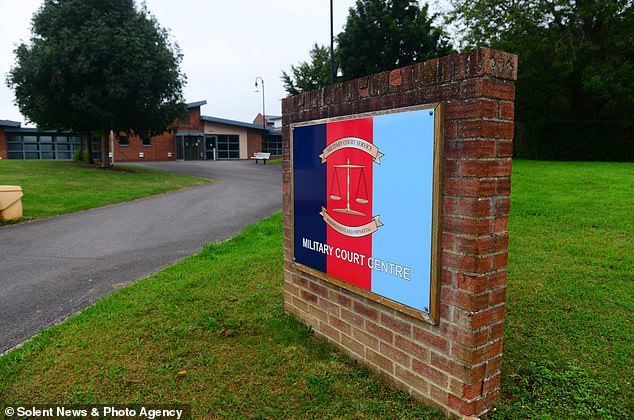 But Cpl Ale Magar denied this and told the court their respective beds were already close together in the container and that the woman was ‘making all of this up’.

The ‘model soldier’, who appeared motionless dressed in full uniform, was cleared by the board who deliberated for an hour and a half.

The court martial heard the alleged incident happened when the pair were sleeping alone in a container, commonly used for shipping, undertaking an exercise at an army training centre.

Cpl Ale Magar denied intentionally touching the woman and told the board: ‘I was shivering at the time.

‘None of my body parts touched her and I am not aware of touching any part of her body. As far as I am aware we were close.’

He told the court he was happily married.

The Gurkha, who was described to the court as a ‘consummate, dedicated and motivated’ soldier by defence counsel Matthew Bolt, was cleared of the single charge.