Harry’s memoir Spare tops bestseller list in UK…but is outsold by Barack Obama’s autobiography in America and a children’s book in Australia with just 64,000 copies sold

Prince Harry’s tell-all memoir Spare has sold more than 3.2 million copies worldwide after just one week of publication, according to its publisher.

The much-publicised book, which was leaked days prior to its official publication date, went on sale on January 10.

Spare sold 467,183 print copies in its first week in the UK, according to official figures from Nielsen BookData.

Penguin Random House said it had sold 800,000 copies across all formats – print, audio and e-book – in the UK since its publication on January 10. 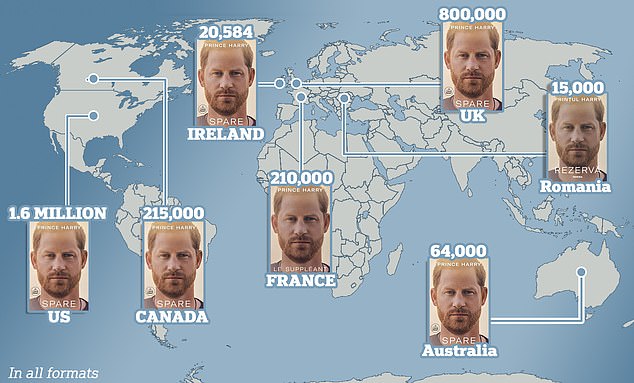 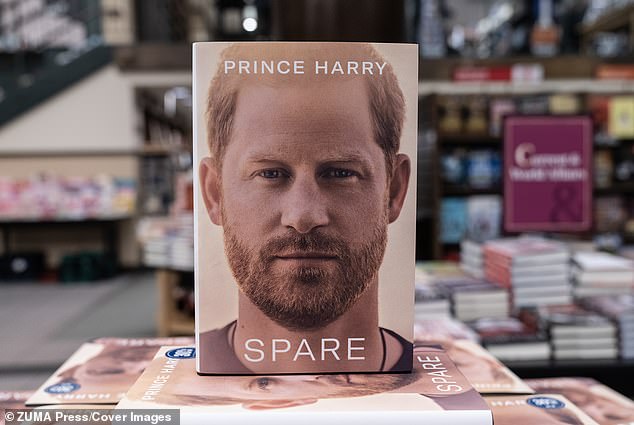 This makes it the biggest selling memoir ever for its first week of publication, according to publishers Transworld, the UK division of Penguin Random House.

In the US, more than 1.6 million copies have been sold across all formats just one week after its release.

Of those 630,000 were print versions, according to NPD BookScan, just short of Barack Obama’s record of 831,300 copies for A Promised Land on its first day.

There’s enough for another book! Prince Harry says he cut his memoir in HALF and stripped out details about his father and brother – as he claims he has ‘long-term’ aim to ‘fix’ the monarchy, insisting ‘it’s about trying to save them from themselves’ 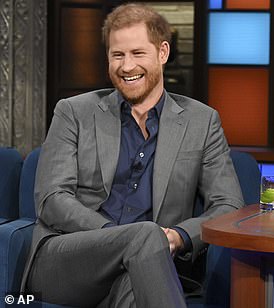 The former US president’s book also sold 1.7 million copies within the first week of publication.

However, it was knocked off the top of the charts by a children’s book after Barefoot Kids, by Scott ‘The Barefoot Investor’ Pape, sold almost double that amount at 128,641 copies, Nielsen Bookscan figures show.

Meanwhile, 210,000 copies have reportedly been sold in France and 15,000 in Romania since publication.

While most of the biggest revelations in the book were leaked early after some copies went on sale in Spain days prior to the official publication date, Nielsen’s data suggest sales were not negatively affected.

The memoir includes explosive claims that the Prince of Wales physically attacked him and teased him about his panic attacks, and that the King put his own interests above Harry’s and was jealous of the Duchess of Sussex and the Princess of Wales.

He also confessed to taking cocaine and revealed killing 25 insurgents while on tour of duty in Afghanistan.

Prince Harry went on a publicity blitz to promote the book including appearances on the Late Show and Good Morning America in the US and interviews with ITV’s Tom Bradby and the Telegraph in the UK..

The book was published simultaneously in 16 languages with publications forthcoming in an additional 10 languages worldwide.

However, the Harry Potter novels written by JK Rowling dominate the top 10 fastest-selling books in the UK since records began in 1998. 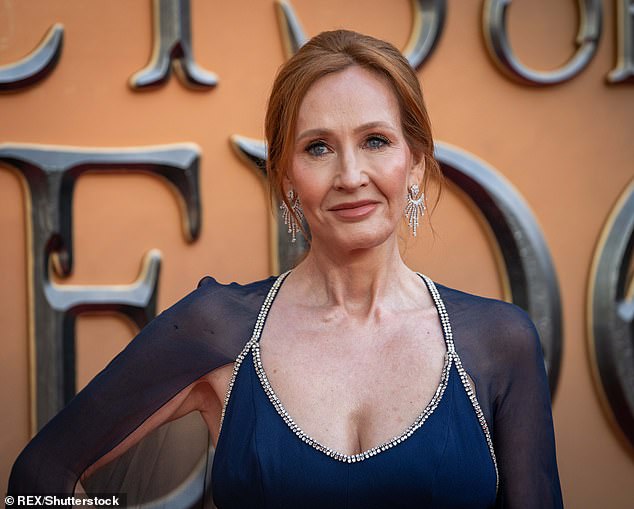 Rowling’s Harry Potter And The Deathly Hallows sold 2.63million copies in its first week in 2007, making it number one on the chart, which includes the first week of sales only.

The Duke and Duchess of Sussex may now have made more than £100million since stepping back from royal duties in 2020.

Harry is widely reported to have secured £16 million ($20m) last year as an advance, paying celebrity ghostwriter JR Moehringer £784,000 ($1m) for the book.

It is not known what percentage of royalties he has negotiated, and whether ‘proceeds’ amount to all the cash he makes from sales.

Spare is not the only book Harry will release, because the Penguin Random House deal is for four books.

The Duke of Sussex was said to be writing another book that he had always planned to write and publish after the Queen’s death.

Meghan is also said to be looking at a wellness guide. The fourth book planned is a mystery.

The book was published not along after the couple’s six-part Netflix docuseries Harry & Meghan was aired.

Netflix has announced the explosive series is its second-highest ranked documentary ever – behind The Tinder Swindler.

Harry & Meghan began its release on December 8, in the lead-up to the publication of the duke’s controversial memoir, and saw damaging claims levelled at the royal family throughout six episodes.

Netflix reported its fourth quarter earnings on Thursday and disclosed a gain of 7.7 million subscribers during the October-December period, a stretch that included the debut of an ad-supported option for seven dollars (£5.65) per month.