Jakarta: Extra marital sex, homelessness, criticism of the President and spreading communist ideology would all be crimes – and attract jail time – under looming sweeping changes to Indonesia's penal code.

Other mooted changes include making it illegal for couples who aren't married to live together, showing contraception to a minor (for example, displaying condoms in a shop), curbing access to abortion and criminalising criticism of a judge, fake news, bestiality and black magic. 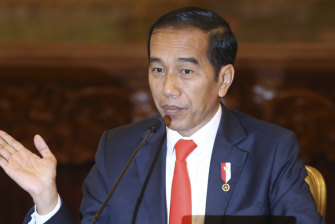 The Indonesian Parliament has been working to update the country's penal code since 1995. Much of the current code dates back to the era of Dutch colonialism, pre-World War II.

The current Parliament will finish sitting in a matter of weeks and a vote on the bill is due to take place on September 24, before the new slate of MPs elected in the April 17 elections take their seats in October.

As the deadline for the vote looms, NGOs and human rights groups are increasingly alarmed by the prospect of the new code passing into law.

They want President Joko Widodo to intervene and block passage of the bill if it wins parliamentary support, as appears likely.

A broad alliance of NGOs and rights groups including the Institute for Criminal Justice Reform, the Indonesia Legal Aid Foundation and Human Rights Watch met with close to 20 foreign diplomats on Monday to discuss the changes.

This will have a bad impact. And will the Indonesian government target tourists?

Australia, Canadian and European diplomats heard from speakers about the threat the penal code revision poses to freedom of expression and the rights of LGBTQ people, women, HIV-positive people, children.

The rights groups want foreign governments to lobby Joko, the Minister of Law and Human Rights Yasonna Laoly and former president Megawati Soekarnoputri, who is the boss of the ruling PDI-P party.

"Hundreds of Sharia ordinances have been introduced in [parts of] Indonesia, like the mandatory hijab, curfews, anti-LGBT regulations. But this criminal code is the crown jewel of Islamisation," he said.

"There is no indication President Jokowi will strike this down."

Erasmus Napitulu, the program director at the Institute for Criminal Justice Reform, said there were three main areas of concern with the penal code changes.

These included the impact on civil liberties on democracy and on the protection of vulnerable groups.

"How could the government criminalise blasphemy, cohabitation and adultery? This will have a bad impact. And will the Indonesian government target tourists?" he said.

"And the protection of vulnerable groups, such as the HIV [positive] population. If you ban the promotion of contraceptives it defeats the government's aim to eliminate HIV." 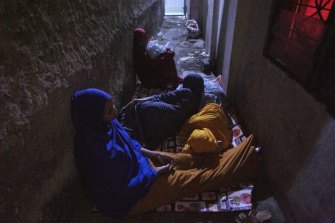 Homelessness would be a crime attracting jail time if the new Indonesian criminal code is passed.Credit:AAP

Erasmus said some  changes, such as inmates who have been on death row for more than 10 years being able to apply for a stay of execution, were welcome.

He was not confident the law would be blocked by the President.

"I'm a pessimist. Can the President still stop the law? Yes. But will he do that? I don’t know."