Harvard professor: Llithium batteries are made from slave mines

A Harvard professor and author stunned podcast host Joe Rogan by telling him that almost every lithium battery-powered tech device relied on today by the western world is powered by slavery in cobalt mines in the Congo.

Siddharth Kara, the author of the book Cobalt Red: How The Blood of The Congo Powers Our Lives, insists there is no such thing as ‘clean cobalt’ – the term given to describe ethically mined cobalt.

Appearing on Joe Rogan’s podcast earlier this week, he told the Spotify host that in fact, almost every single device used today that relies on a lithium battery is powered by slavery. 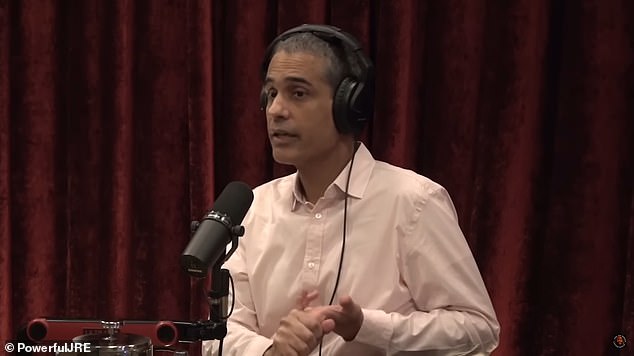 Siddharth Kara, the author of the book Cobalt Red: How The Blood of The Congo Powers Our Lives, insists there is no such thing as ‘clean cobalt’ – the term given to describe ethically mined cobalt 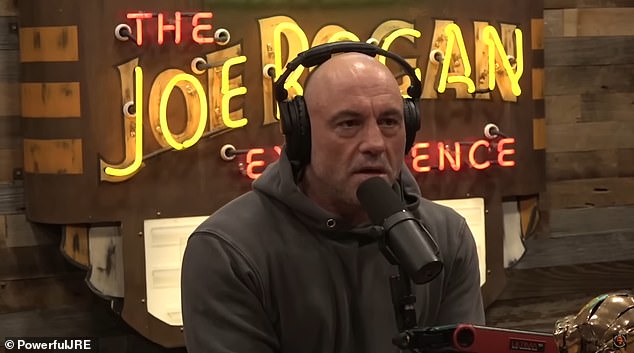 Joe Rogan, stunned, asked if there was such a thing as ‘clean cobalt’. Kara told him there wasn’t, and said the concept was ‘all marketing’

To support his argument, he shared videos he took from mines in the Democratic Republic of Congo, which show hundreds if not thousands of miners digging by hand.

‘Cobalt is in every single lithium, rechargeable battery manufactured in the world today.

‘Every smartphone, every tablet, every laptop and crucially, every electric vehicle,’ he said, relies on it. 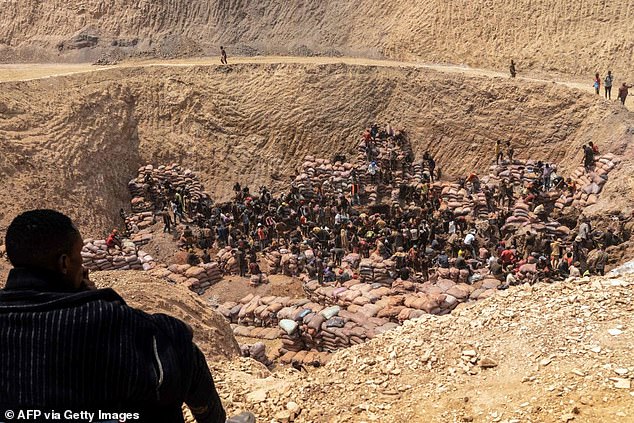 A general view of artisanal miners working at the Shabara artisanal mine near Kolwezi on October 12, 2022. Kara said he had never seen a mine where child labor and slavery weren’t present 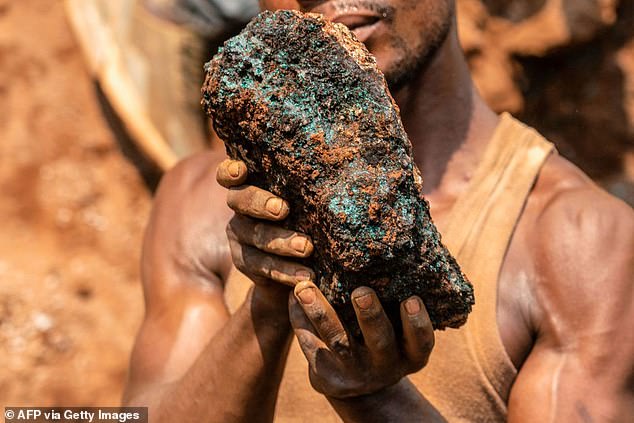 ‘We can’t function on a day-to-day basis without cobalt, and three-fourths of the supply is coming out of the Congo. And it’s being mined in appalling, heart-wrenching, dangerous conditions.

‘By and large, the world doesn’t know what’s happening…I don’t think people are aware of how horrible it is,’ he said.

Challenged by Rogan on the concept of ‘clean cobalt’, Kara shot back: ‘It’s all marketing.’

He insist he has ‘never seen’ a cobalt mine where child labor and slavery are not obviously present.

Kara says the mines are predominantly controlled by the Chinese.

In an op-ed for CNN last year, he described visiting one mine where a child told him how he’d dig for heterogenite, the primary source of cobalt, then sell it to ‘buying houses’ – which Kara described as being run by ‘Chinese agents.’

Those agents sell the cobalt on to foreign mining companies.

‘Just like that, cobalt gathered by a child in Congo enters the formal supply chain,’ he wrote.

American companies like Tesla and Apple have in the past vowed to crack down on human rights abuses and slavery in the cobalt supply chain.

Elon Musk vowed to switch to a cobalt-free battery to power his electronic vehicles, and Apple has been credited by human rights watchdogs as leading the charge in anti-slavery charge in the industry. 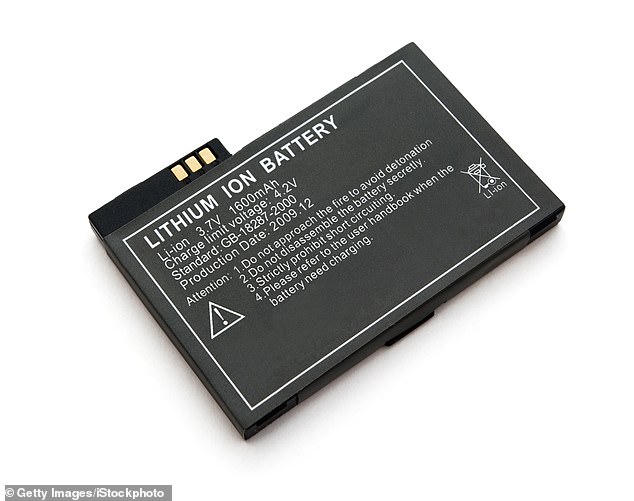 A lithium-ion battery, the type found in most smartphones, tablets, and electric vehicles

The Biden administration also recently entered an agreement with Zambia and the DRC to rinse the supply chain of abuses.

The persisting problem, according to Kara, is the control over the market that the Chinese government has.

‘Before anyone knew what was happening, [the] Chinese government [and] Chinese mining companies took control of almost all the big mines and the local population has been displaced,’ he told Rogan.

Now, the African nations are under ‘duress’ from China to fulfill demand.

‘They dig in absolutely subhuman, gut-wrenching conditions for a dollar a day, feeding cobalt up the supply chain into all the phones, all the tablets, and especially electric cars,’ he said.

American companies like Telsa still shoulder some of the blame, he said.

‘This is the bottom of the supply chain of your iPhone, of your Tesla, of your Samsung.’

Kara says the COVID-19 pandemic made matters worse by the more responsible foreign mines to close.

It put the artisanal miners – those who dig by hand – into overdrive, with no regulation, according to Kara.

He has offered to arrange trips to Congo for CEOs of companies that use lithium batteries to show them the damage first hand.