Health and social care face the ‘greatest workforce crisis in their history’ with staff shortages creating a ‘serious risk to patient safety’, a damning report has warned.

Hospitals in England are now short of 12,000 doctors and more than 50,000 nurses and midwives, the Commons health and social care committee’s report revealed.

Projections suggest an extra 475,000 jobs will be needed in health and 490,000 more in social care, almost one million in total, by early next decade. 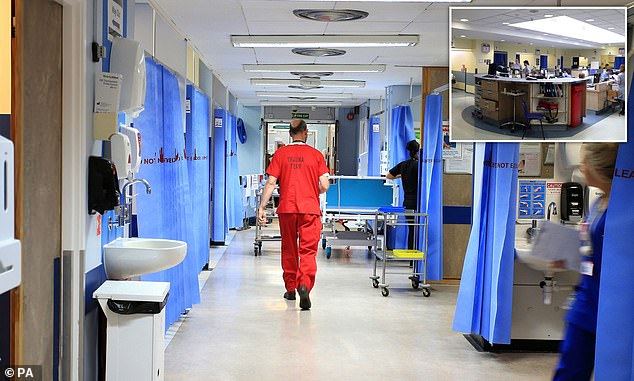 Maternity services are under ‘unsustainable pressure’ while the number of full-time GPs has fallen by more than 700 over the last three years, the report showed. The situation is worse in social care, as a third of workers left their jobs between 2020 and 2021.

Patients should pay a fee of up to £8 for every day they are in hospital, a former health boss has suggested.

Professor Stephen Smith called on ministers to bring in charges to help cover the cost of expensive medical equipment. 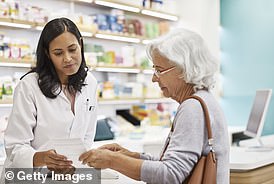 The former chairman of the East Kent Hospitals University NHS Foundation Trust also proposed that people aged 60 and over should start paying for prescriptions.

But critics said the proposals would end the foundations on which the health service has operated since it was set up in 1948.

Setting out his ideas in a new book, Professor Smith suggested patients pay between £4 and £8 up to a maximum of 28 days a year to help the struggling NHS.

The idea is modelled on Germany’s system where patients are charged €10 (£8.50) a night.

Professor Smith said: ‘I think the public would be prepared to pay some additional charges. Means testing would ensure the poor were not affected unfairly.’

But he was accused of promoting ‘hare-brained ideas’ and ‘zombie policies’ by the co-chairman of campaign group Keep Our NHS Public.

Dr John Puntis said: ‘Charging people to cover part of the cost of a hospital stay would be a fundamental departure from the founding principles of the NHS and show that the long-standing consensus on a tax-funded public service model of healthcare has been truly abandoned.’

Tory leadership hopeful Rishi Sunak has vowed to make cutting NHS waiting lists his ‘number one public service priority’ if he becomes the next prime minister.

Mr Sunak has pledged to eliminate one-year NHS waiting times by September 2024 – six months earlier than planned – and to get overall numbers stable by next year.

Leadership favourite Liz Truss has promised to appoint a ‘strong’ health secretary if she wins the keys to No 10 and said a prosperous economy will be needed to tackle the backlog.

The Department of Health and Social Care declined to comment last night.

The committee, led by Tory MP Jeremy Hunt, says the Government has no credible strategy to improve the situation while demand grows.

Health chiefs say frequent vacancies are leaving staff ‘disillusioned, overworked and at high risk of burnout’ and the findings should ‘shock ministers into action’.

The report said of the projected jobs shortfall: ‘The Government has shown a marked reluctance to act decisively.

‘The workforce plan promised in the spring has not yet been published and will be a “framework” with no numbers, which we are told could potentially follow in yet another report later this year.’ MPs said while some progress has been made towards a target of recruiting 50,000 nurses, the Government is set to miss the Tory manifesto pledge of 6,000 more GPs.

They said: ‘The persistent understaffing of the NHS now poses a serious risk to staff and patient safety both for routine and emergency care.

‘It also costs more as patients present later with more serious illness. But most depressing for many on the front line is the absence of any credible strategy to address it.’

The report said the NHS loses millions of full-time equivalent days to staff sickness caused by anxiety, stress and depression. ‘The result is that many in an exhausted workforce are considering leaving – and if they do pressure will increase still further on their colleagues,’ it added.

A separate report by the committee’s panel of independent experts rates the Government’s progress to meet key commitments it has made on workforce as ‘inadequate’. Mr Hunt said: ‘We now face the greatest workforce crisis in history in the NHS and in social care with still no idea of the number of additional doctors, nurses and other professionals we actually need.

‘NHS professionals know there is no silver bullet to solve this problem but we should at least be giving them comfort that a plan is in place.’ The report said almost every part of the NHS was suffering staff shortages. It said 552 midwives left in the last year, showing a ‘clear problem with midwifery retention’.

MPs criticised the Government and NHS England for not setting out when safe staffing in maternity would be reached, a failure they said was ‘absolutely unacceptable’. Danny Mortimer, of NHS Employers which represents workforce leaders, said tens of thousands of vacancies ‘and an exhausted workforce present one of the greatest challenges to the recovery of the economy and the return of safe, high-quality health services for all’. ‘It is time for a reality reset on the NHS’, he added.

Patricia Marquis, of the Royal College of Nursing, said: ‘That persistent understaffing in all care settings poses a serious risk to staff and patient safety should shock ministers into action.’

A Department of Health and Social Care spokesman said: ‘We are growing the health and social care workforce, with over 4,000 more doctors, and 9,600 more nurses compared to last year, and over 1,400 more doctors in general practice compared to March 2019.’