‘Every time I told you I loved you – I was lying’: The Heart Foundation defends extraordinary ad campaign suggesting people who don’t look after their heart don’t care about their families

The Heart Foundation has been slammed for a confronting new ad campaign which has also come under fire from health professionals.

The organisation has edited a powerful scene from its new Heartless Words ad campaign after being inundated with public backlash over the shock tactics used.

But it has also defended the controversial campaign launched on social media this week, which suggests that people neglect their heart health don’t love their families.

The ad starts with a mother putting her little boy to to bed, telling him ‘Every time I told you I loved you I was lying — you are not my priority’. 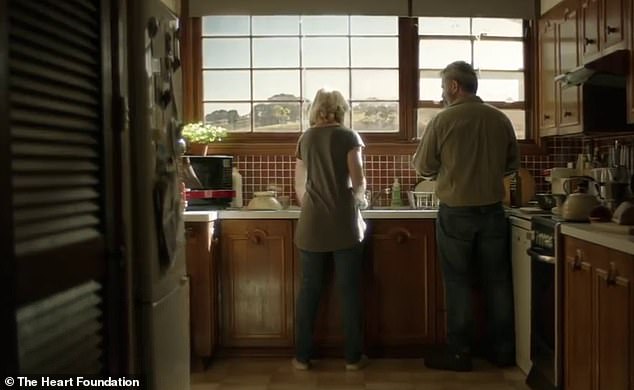 In the next scene, a man helping his wife wash dishes tells her, ‘I promised you my heart and I’ve given it away’.

At a family gathering a man tells his loved ones: ‘In time, this family will be filled with loss and sadness. But I won’t care because I’ll be gone.’

The ad ends with a mother on her deathbed in hospital.

‘It’s not just my heart I don’t care about it, it’s yours,’ she tells her little girl at her bedside.

The grim scene has since been removed from the ad but the unedited version still remains on the Heart Foundation’s social media accounts. 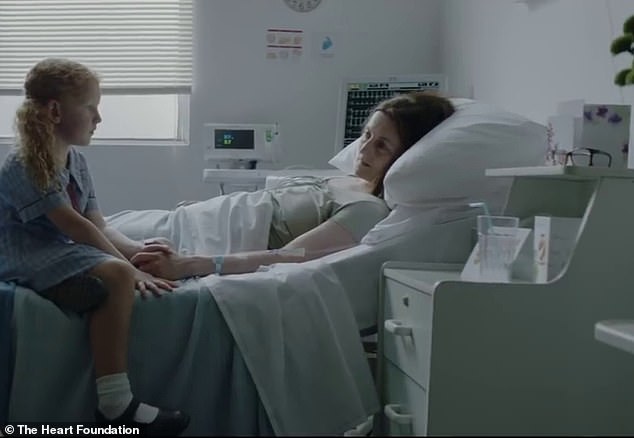 It also stands by the extraordinary campaign in an effort to reduce the 18,000 families devastated by heart disease deaths every year.

The campaign has been dubbed cruel and heartless.

‘You’ve not only failed at marketing but you’ve also failed at humanity. You’ve caused trauma to so many and stigmatised many more,’ one person wrote on Facebook.

One man tweeted: ‘Without question the worst advertising campaign ever devised.’ 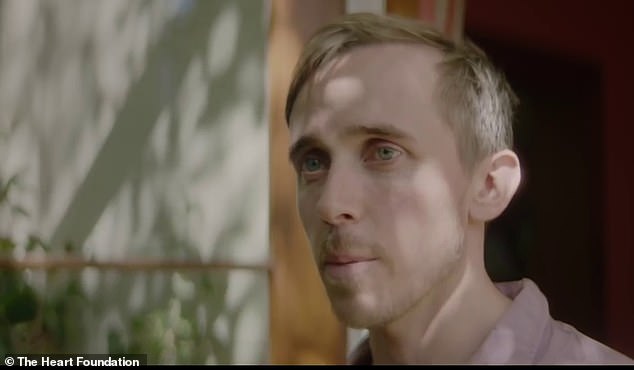 ‘In time, this family will be filled with loss and sadness. But I won’t care because I’ll be gone,’ this man tells his loved ones in the Heart Foundation’s latest ad

Others were offended by the 60 second ad.

‘I have a genetic tendency to heart problems through inherited high blood pressure and inherited high cholesterol. I take medication, I have heart checks. I eat healthily, I exercise. I’ll probably still get heart disease. How DARE you imply that I am irresponsible and uncaring,’ one person tweeted.

One man posted: ‘I am a heart attack survivor. This is the most insincere ad campaign I have seen. It is a total insult to all of us survivors who have ever supported the Heart Foundation.’

The ad hit a nerve for those who have lost loved ones to heart disease.

‘My father died suddenly due to a heart attack when I was four. My grief was soon replaced by confusion and embarrassment. This ad would have exacerbated both,’ one person tweeted.

One woman added: ‘If this isn’t the most hurtful ad that I’ve seen in forever. My dad died of hereditary heart disease. He battled it his whole life. Whilst your message is important, it’s deliverance is hurtful, insensitive and just plain ignorant.’ 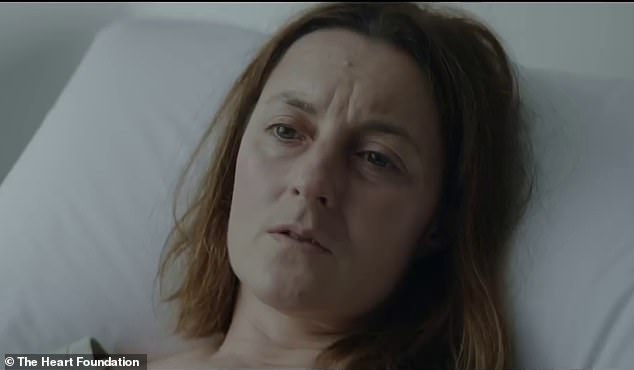 The organisation responded to some of the overwhelming online backlash.

‘There’s no doubt that this campaign has many emotional elements. The ads have been designed to get people’s attention but at the core of the campaign are some very serious health messages. The campaign is a powerful reminder of what’s at stake,’ the Heart Foundation replied to one Twitter comment.

‘So people are to blame for their illness? That’s been precisely the basis for stigma in mental illness and addictions. Same for suicidal patients in emergency departments, where they are blamed and put to the back of the queue,’ he tweeted on Tuesday.

‘The Heart Foundation do a magnificent job of raising awareness of cardiovascular disease and rasing money for research, but I’d have to say on this occasion they have been slightly off the mark,’ he told The Age.

‘There many young, fit people who lead very healthy lives struck down by sudden heart attacks and strokes so it’s really important we remove the stigma that it is all brought on by your own poor lifestyle choices.’

Another health professional took to Facebook to slam the ad.

‘Having treated patients and had family members with no identifiable risk factors, who have presented with a cardiac event, including arrhythmogenic cardiac arrest, I don’t see how victim blaming relates to any type of message you want to convey,’they posted.

‘The degree of trauma this advertisement subjects family members of patients who have died of sudden cardiac events, cannot be underestimated. I am unsure how this passed your internal screening and ethical procedures.’ 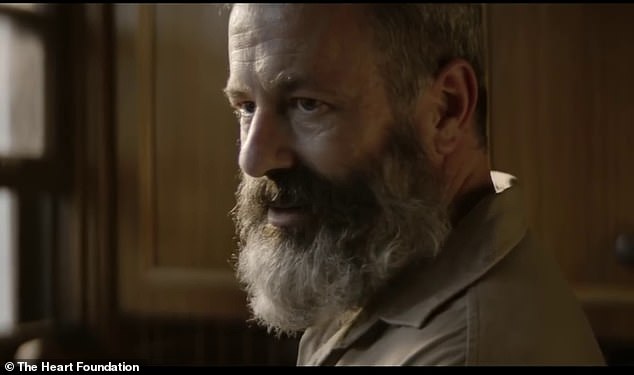 ‘I promised you my heart and I’ve given it away,’ this man tells his wife in the ad

The ad sparked a war of words on air on Tuesday between 2GB radio host Ben Fordham and the Heart Foundation director of prevention Julianne Mitchell, who argued the aim was start an important conversation between loved ones.

Ms Mitchell replied: ‘No, the ad is really saying the consequences of neglecting your heart health are important not only for yourself but for your family.’

But Mr Fordham wasn’t buying it:

‘Hang on a moment, because you’ve got an advertising challenge in front of you, it’s okay to tell kids who’ve had a mum or dad die, your mum or dad didn’t love you?,’ he asked. 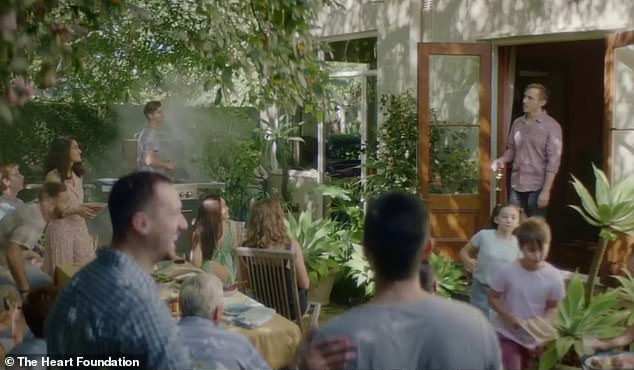 ‘We have taken a bold approach by using moments of family life that people can relate to in order to cut through and get Australians to understand their risks of heart disease,’ she said.

Heart Foundation chief executive Professor John Kelly told ABC Radio Melbourne: ‘Some people will take offence and we apologise for that. But the level of complacency requires us to have this conversation.’