Heart-stopping moment car thief takes police on desperate 100mph chase in £50,000 stolen Porsche Boxster before he is arrested and jailed for 10 years

Heart-stopping dash-cam footage shows the moment a reckless driver led police on a dangerous 100mph chase in a stolen Porsche.

Traffic cops spotted the £50,000 luxury motor being driven through the streets of Kidderminster, Worcestershire, in August and attempted to pull over the driver.

But the aggressive driver sped off before leading police on a terrifying chase along residential roads and country lanes.

He was later jailed for ten years for a string of burglary and traffic offences, including driving without a licence. 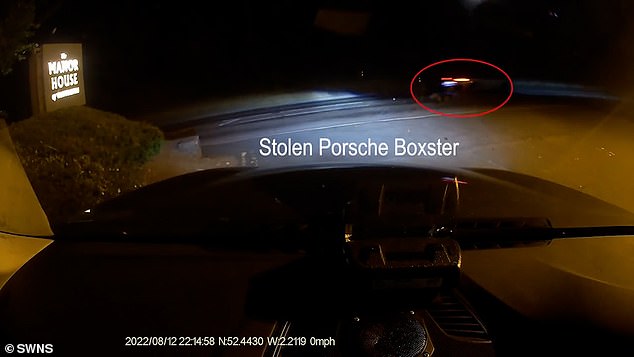 The stolen Porsche Boxster races past a police car parked along the A449. The police give chase immediately 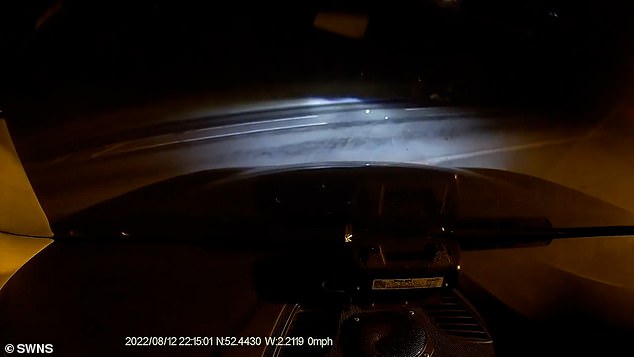 The police car swings into action to chase the stolen vehicle, which was driving at speeds of up to 100mph through Kidderminster

Dramatic footage released today shows officers giving chase in a bid to stop the crook, who had stolen the Porsche Boxster a few days before.

The dash-cam video shows police cars hitting speeds of more than 88mph while chasing the stolen car on the one-lane road.

The Porsche veers across to the other side of the road throughout the video and becomes more uncontrolled when its tires are deflated.

At several points the police car overtakes other vehicles in the high-speed chase, including one that had stopped on a roundabout.

The Porsche continues to try to escape the pursuers, performing a three point turn and tearing back up the A449. 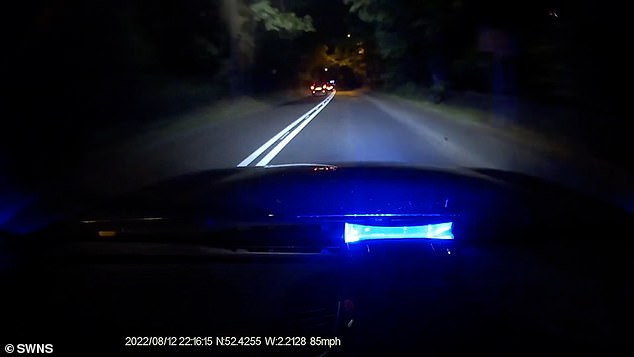 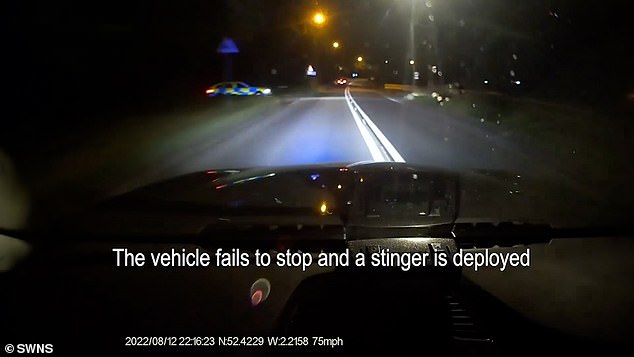 The vehicle, which has not stopped or slow down, has its tires deflated by a police stinger. It becomes more out of control before eventually stopping

The tearaway roadster is eventually brought to a stop by several marked and unmarked police cars and the driver is arrested.

The driver, who was wanted by several police forces across the UK, tried to ram the police vehicles before continuing to drive with deflated tyres.

After several minutes of the man was detained by officers and arrested on suspicion of burglary and dangerous driving.

The driver, who has not been named by police, was later jailed for 10 years.

West Mercia Roads Policing shared the footage on social media and said: ‘In August this year we spotted this stolen Porsche being driven in the Kidderminster area. 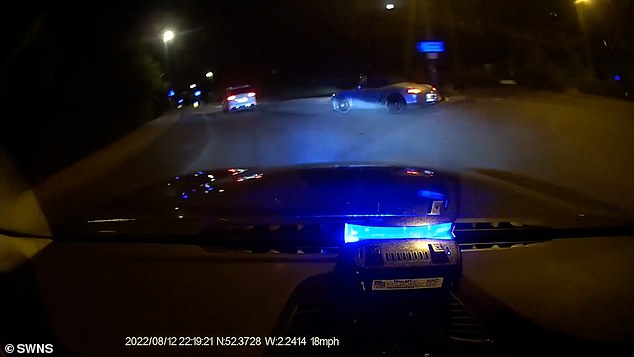 The two-minute video shows a number of police cars in pursuit of the runaway vehicle, including unmarked cars 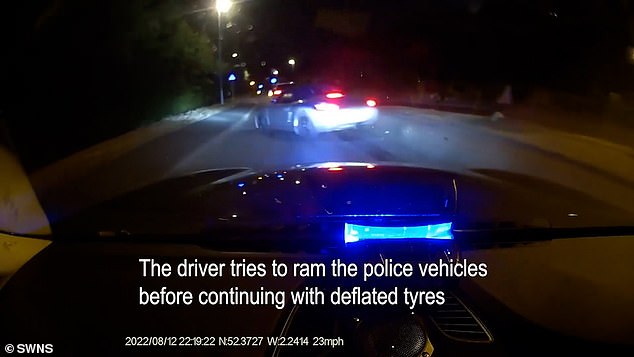 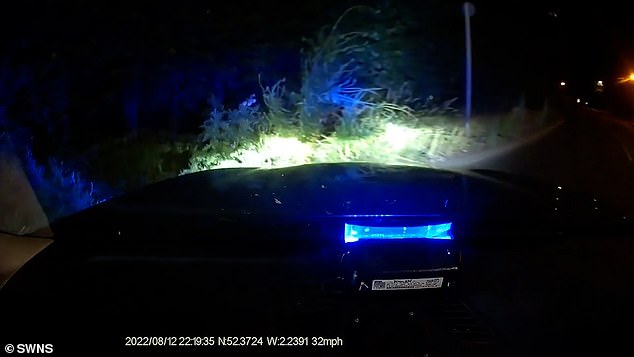 Police eventually pull in front of the stolen vehicle, forcing it to stop, before arresting the driver

‘The footage shows just part of how OPU officers pursued the vehicle, using a stinger to deflate the tyres.

‘The vehicle had been stolen only a few days prior. The driver was wanted by numerous police forces across the UK and was arrested by ourselves on suspicion of burglary and dangerous driving.

‘He was sentenced to 10 years in prison.’