Home Office destroyed £8.6m worth of burgundy passports after Brexit

Home Office threw away £8.6MILLION worth of burgundy passports when UK made ‘symbolic’ switch to old-style blue versions after Brexit – despite the change being planned for more than TWO YEARS

The government threw away £8.6million worth of burgundy passports when the UK switched to the ‘classic’ blue versions after Brexit, it emerged today.

Britain reverted to the pre-EU colour of the flagship document in March last year as a ‘symbol of our national identify’.

At the time ministers insisted that leftover stock of the previous design would be sent out for months longer to ensure they were not wasted.

However, the latest Home Office accounts reveal that in fact huge numbers have been destroyed as a result of the change.

‘Store losses totalling £8.6million were incurred as the result of a change in passports design to the new blue passport and the resulting destruction of old passport book stocks,’ the accounts said.

The scale of the loss suggests that well over 100,000 passports have been thrown away. People pay £75 for adult passports, but that includes the cost of processing. 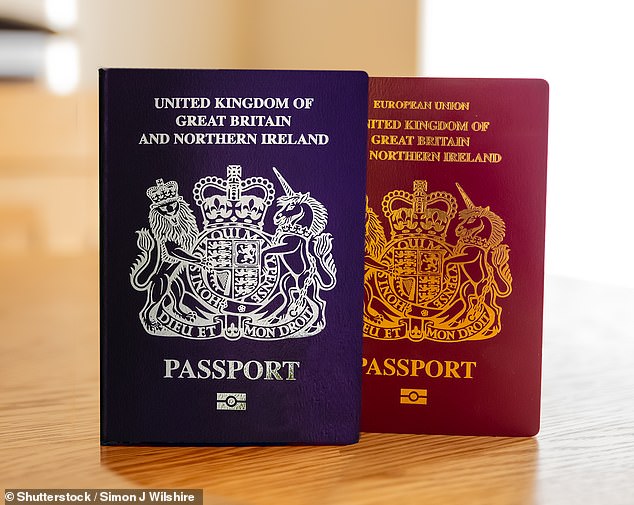 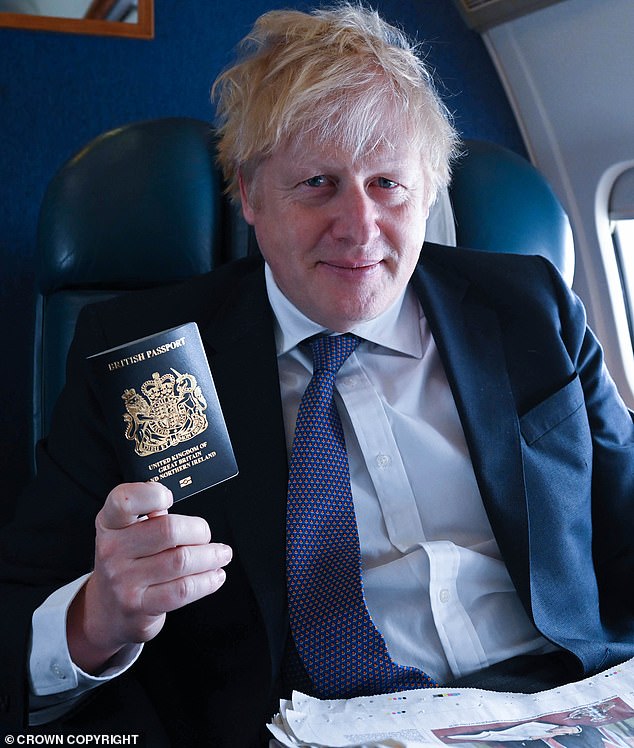 Shadow home secretary Nick Thomas-Symonds said: ‘Under this Conservative Government the Home Office has descended into costly chaos – with the British people picking up the bill.

‘It’s utterly shameful that they needlessly wasted millions of pounds on scrapping passports, when this should have been planned for well in advance.’

Boris Johnson posed holding the new travel document on a flight to Newcastle Airport on January 31 last year when the UK official left the bloc.

British passports were dark blue from the inception of the old design in 1920, until 1988 when they were changed to burgundy in line with most EU passports.

A return to dark blue was announced in December 2017 by then Immigration Minister Brandon Lewis, who said people wanted to ‘see that things are different’ following the vote to leave the European Union.

The government said at the time that the new design would be ‘phased’ in to save money, with burgundy passports continuing without the reference to the EU on the front.

Brexiteers championed Mr Lewis’s decision to reintroduce blue passports – and they became a symbol of the Leave campaign.

However, there was previously outrage after it emerged the contract for British travel documents after Brexit had been given to a Franco-Dutch firm.

The Home Office has yet to respond to a request for comment.