Horror as schoolgirl, 11, finds mother and her new boyfriend dead

Horror as ‘hysterical’ schoolgirl, 11, finds mother and her new boyfriend dead after ‘murder-suicide’

An 11-year-old girl was left ‘hysterical’ after finding the bodies of her mother and her new boyfriend in a suspected murder-suicide.

Elizabeth McShane, 39, and partner Hugh Sinclair, 33, were found dead at a flat in Knightswood, Glasgow, at around 11am on Monday morning.

Ms McShane’s daughter had been staying at a friend’s the previous night and raised the alarm after returning home.

Emergency services were called but were unable to revive the pair. 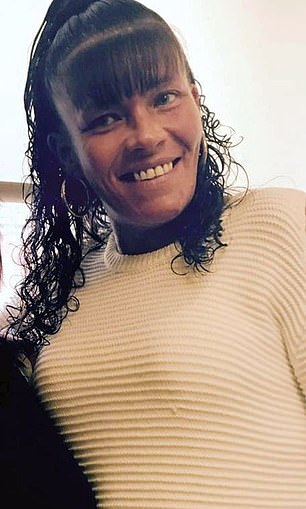 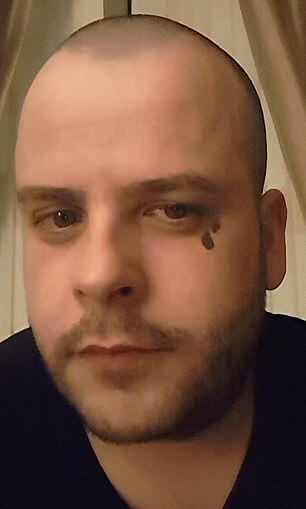 Elizabeth McShane, 39, left, and Hugh Sinclair, 33, right, were found dead by her 11-year-old daughter at their Glasgow home in a suspected murder-suicide

A neighbour told the Daily Record: ‘She [the daughter] was hysterical, understandably. The police and emergency services came just before 11am. It’s heartbreaking.’

Locals said Mr Sinclair had recently moved into the flat after starting a relationship with the mother of two.

Neighbours also said the deaths were due to ‘murder suicide’ but were not clear who was responsible.

One neighbour, who asked to remain anonymous, told the Record: ‘It’s horrible to think that two people have lost their lives and a child, who will be traumatised for life, found her mother in that way. It doesn’t bear thinking about.’

Former pub worker Ms McShane had lived in the area for around five years and ‘kept herself to herself.

A police car was still at the scene last night with one officer standing guard by the secure entrance to the block of flats. 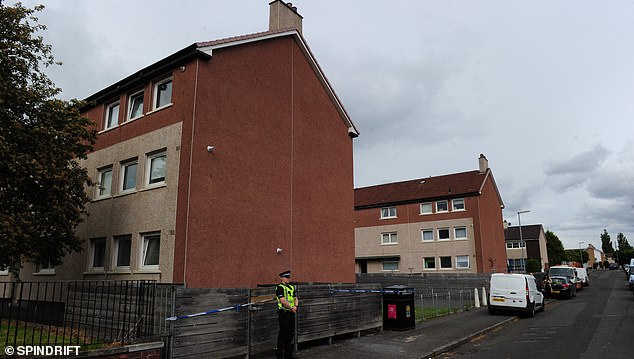 The pair were found in a flat in Knightswood, Glaggow, pictured, at around 11am on Monday

Bin sheds by the flats have also been cordoned off.

A GoFundMe page has been set up by a family friend to raise money to cover funeral arrangements.

A statement on the page said: ‘Due to the tragic event that happened in the Knightswood area 2 young girls have been left without a mother.

‘Hoping to raise as much funds as possible to help with funeral arrangements as they have no other family.

‘These girls need all the help and support they can get. Any donations are greatly appreciated.’