How film of Churchill that he wanted destroyed was secretly stashed under aide’s bed for 30 years: Iconic PM only agreed to be in 1955 screen test after being inspired by Queen’s Coronation … then refused to let anyone see it

He famously kept the morale of Britons high with his wartime radio speeches to the nation.

But Winston Churchill was less than impressed with television and refused to appear on it.

Now, broadcaster Michael Cockerell has recounted how he was given a clip from the one and only TV screen test that Churchill did in 1955 after the success of the Queen’s Coronation, which was watched by an estimated 20million people.

Churchill was seen in the clip, which was recorded in secret, apologising for having ‘to descend to this level’ – before he ordered the Conservative party’s then television chief, Winifred Crum-Ewing, to destroy it.

Speaking at the Chalke Valley History Festival, which is sponsored by the Daily Mail, Mr Cockerell, 81, told how Mrs Crum-Ewing defied Churchill’s order and kept the tape under her bed for 30 years in a ‘big canister’.

She told the political interviewer that he could have the clip, which was then shown once on the BBC in 1986.

Mr Cockerell played the clip again today during a talk in which he recounted his recollections of interviewing prime ministers from Harold MacMillan to Boris Johnson.

Mr Cockerell said Churchill hated TV because he ‘couldn’t bare the thought’ of having to worry what he looked like. 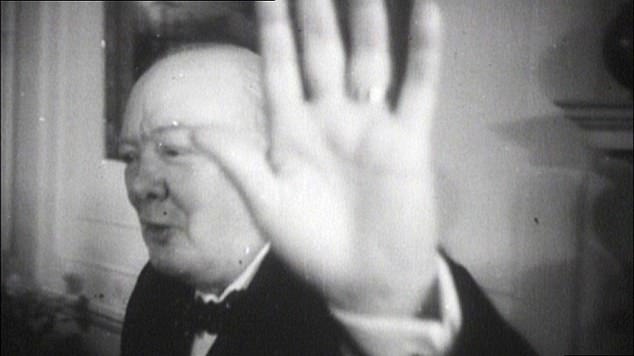 Winston Churchill ordered the recording of a secret television screen test in 1955 but then ordered it be destroyed. Yet his aide Winifred Crum-Ewing secretly kept the tape under her bed, before giving it to broadcaster Michael Cockerell. Above: A grab from the clip

But he said he changed his mind after thinking, ‘if the Queen thinks it is a good idea, maybe I should have a go.’

In the clip, Sir Winston – who was then coming towards the end of his second stint as Prime Minister – was seen saying he wanted to see ‘what are the conditions under which this thing, TV, is going to make its way in the world’.

He added: I’m sorry… have to descend to this level but we all have to keep faith with modern inventions and it is just as well to know where you are in regard to them.’

‘There is no point in refusing to move with the age.’

But he told how, after visiting her when she was in hospital more than 30 years later, she admitted she had kept the tape.

‘She said “it is under my bed and I can give you it, you seem like a rather nice young man.”

“You go into the first floor of my house, under the bed you will find a big canister which says ‘Churchill screen tape’.

Mr Cockerell added: ‘I couldn’t believe it, I then put it on. Churchill was completely wrong in wanting it to be destroyed and to think that he would be no good at television.

‘He helped win the war by his appearance on the radio, and television would come through like a fist.

‘He had that great advantage that so many people in television had like David Dimleby, Richard Dimbleby, Trevor McDonald – he had a face shaped like a television screen and that would have come through very strongly.’

Sir Winston left Downing Street for the second and final time in 1955 after suffering from a stroke.

He had famously not wanted the Queen’s Coronation to be televised. 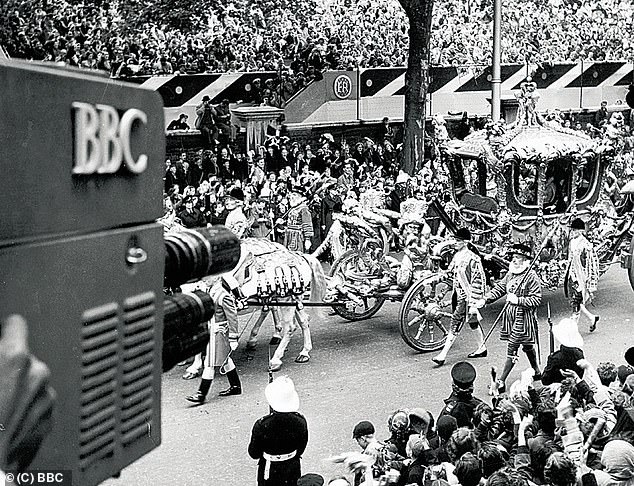 One of the BBC’s cameras is seen during the Queen’s Coronation in 1953, at the moment that the Gold State Coach rolled past 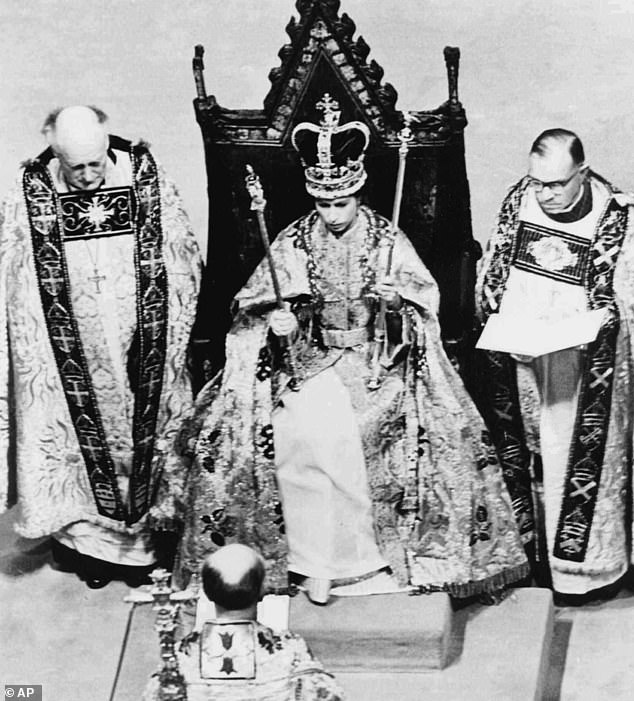 He said in response to the suggestion, which was encouraged by the Queen’s husband Prince Philip: ‘It would be unfitting that the whole ceremony, not only in its secular but also in its religious and spiritual aspects, should be presented as if it were a theatrical performance.’

Other politicians had been equally sceptical, with one asking: ‘It would be unfitting that the whole ceremony, not only in its secular but also in its religious and spiritual aspects, should be presented as if it were a theatrical performance.’

However, the broadcast proved enormously popular and helped to propel the mass ownership of TVs.

At the time, less than one in five Britons owned a television. Most watched on sets owned by friends and family.

Surveys suggested that for each television showing the event, there was an average of 17 people watching. The TV audience was more than twice the number of those who followed it on the radio. 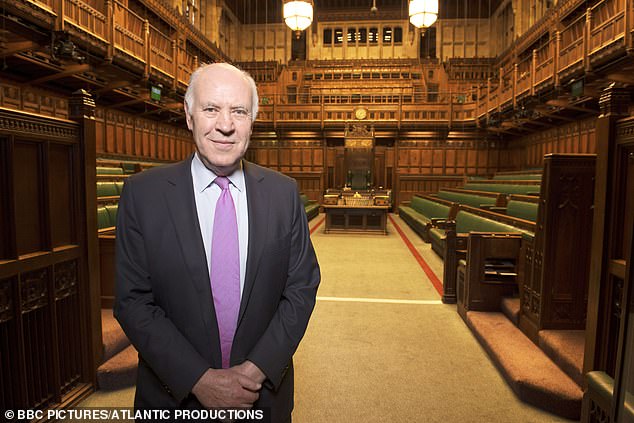