Home » World News » ‘I did not plant the slug’: Council hits back at I Cook Foods owner in shutdown inquiry

‘I did not plant the slug’: Council hits back at I Cook Foods owner in shutdown inquiry

The council official accused of editing an image of a slug to frame a food company has denied doctoring the photograph, as her council attacked the credibility of the Dandenong food supplier’s owner. 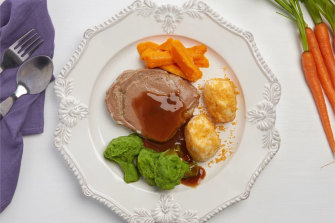 A photo of an I Cook Foods meal from the company’s website.Credit:I Cook Foods

Then-acting chief health officer Brett Sutton signed off on an order to close the business in early 2019 because officials determined it had provided food to an 86-year-old Knox private hospital patient who died from listeria infection.

All charges against the company were later dropped and a former Dandenong Council official claimed she witnessed health inspector Elizabeth Garlick editing a picture to remove traces of a tissue that carried the slug that was allegedly planted inside I Cook Food’s premises.

“I did not plant the slug,” Ms Garlick told the inquiry. “And the photo was not altered in any way.”

Owner Ian Cook, who is suing the council and Health Department for $50 million in damages, has consistently claimed his business was targeted because the council and Mr Bennie were stakeholders in a rival catering company, Community Chef.

At Wednesday’s hearing, Mr Bennie said he had no involvement in the closure and admonished Mr Cook, accusing him of running a “diversion” from the serious food safety breaches found by council officials. He accused the owners and their “media advisers” of relentlessly pursuing the council health inspectors.

“The allegations … are completely and utterly untrue,” he said.

Committee chair Fiona Patten, who at last week’s hearing said she was quite confident the slug image was doctored, said a person with expertise in slugs had suggested the emergence of the nocturnal slug during the day was unusual, and that there were no slug tracks elsewhere in the premises.

Claiming the slug was planted, Mr Cook has cited CCTV images showing Ms Garlick standing for 17 seconds in the corner of the kitchen where the slug was later photographed.

Ms Garlick told the inquiry the slug was “very low on my priorities list” when she observed it, and said she suspected it may have slithered into its position from a nearby set of wet crates or crates just outside the building.

“It may have fallen off those containers,” she said.

The allegations of evidence tampering come as police continue to investigate the I Cook Foods closure.

In evidence from last week’s hearings that cast doubt on the justification for closing the caterer, the food auditor tasked with inspecting Knox Private Hospital told the inquiry he was “unequivocally certain the patient did not eat sandwiches prepared by I Cook Foods”.

Kim Rogerson, an environmental health officer with Dandenong Council until 2019, told the inquiry last week she had been pressured by the authority into amending her reports to portray I Cook Foods as an unsanitary workplace. She said images taken in the kitchen were taken out of context to justify criminal charges against the caterer – for example, photographing broken equipment set to be thrown out, then falsely claiming it was in use.

Former Knox Council employee Ray Christy said six caterers supplied food to the hospital kitchen, yet only one was investigated. He detailed those findings in a report to the Health Department hours before it shut down I Cook Foods. The report also stated the woman who became sick was eating soft foods only, a type of meal I Cook Foods did not provide.

Senior Dandenong Council health official Leanne Johnson said was unaware of the information about the woman’s soft diet until March, well after the closure, when she first met with Mr Christy.

Ms Johnson said she did not have an opinion on whether the patient ate an I Cook Foods sandwich.