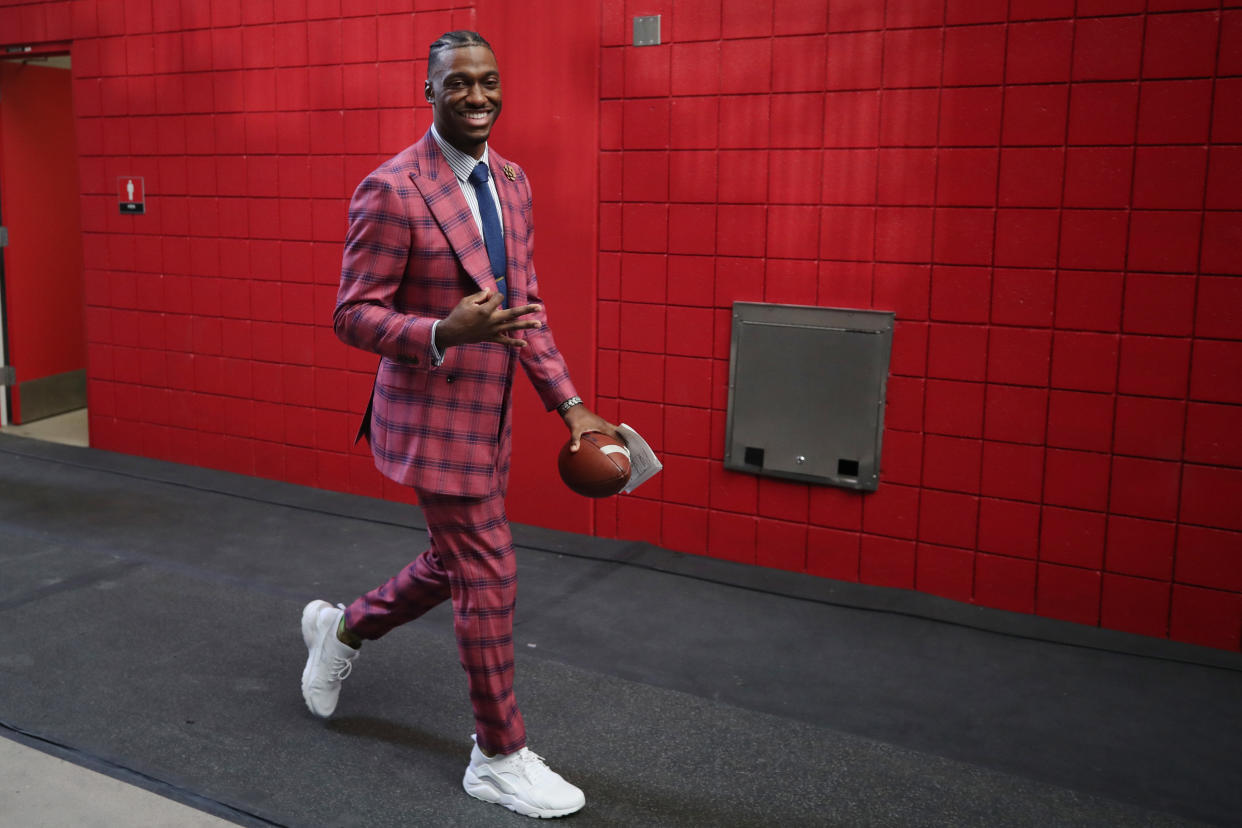 The biggest moment of a wild Fiesta Bowl between TCU and Michigan wasn't on the field for Robert Griffin III.

During the third quarter of the College Football Playoff semifinal, Griffin received the news his wife, Estonian heptathlete Greta Griffin, was in labor live on the air while working as part of ESPN's "Field Pass with The Pat McAfee Show" coverage.

The former NFL quarterback's co-hosts were initially confused why he was on the phone, up until he hung up and told them "Sorry guys, uh, I gotta go. My wife's going into labor." Griffin then embraced them and ran off the field.

The Griffins announced Greta was pregnant with their third child, a girl, in July (Robert has a child from a previous marriage).

Since his last NFL season in 2021, Griffin has worked as a college football and NFL analyst for ESPN. He joined Pat McAfee, A.J. Hawk, Taylor Lewan, A.Q. Shipley and more on ESPN2 as part of the network's College Football Playoff megacast.