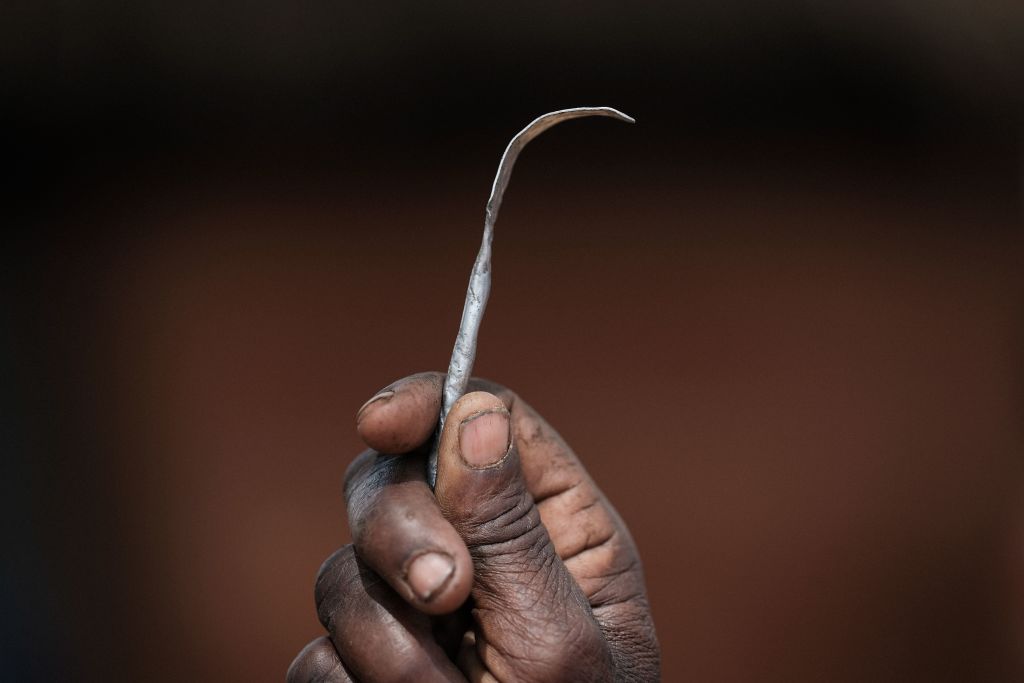 For years and years, I circumcised girls in my own village and across the local region to ‘help them become women’.

The procedure is performed without anaesthetic and by women like myself, who are known as traditional ‘circumcisers’. We have no medical training and learned the trade from our grandmothers.

When I was a child, circumcisions were celebrated in our village. Once a girl was ‘cleansed’, there would be a party thrown in her honour.

Most young girls would see the celebrations and want it for themselves, not knowing the dark secrets only those who went through the tradition were familiar with.

I was 10 years old when my own genitals were cut.

My parents told me it was time for me to be a cleansed, but I didn’t understand what this meant until one morning, when I was suddenly taken to a family nearby.

There, I was sandwiched between two people who forced me to sit on a stone. One held my hands behind my back and the other held my feet.

An old woman brought a blade and spread my legs and started to cut me. You cannot imagine my screaming as two men held me fiercely while the old woman cut me non-stop. I will never forget this until my last breath because of the terrible pain that I suffered.

After she finished dissecting me, without anaesthetic, I suffered dreadfully from a blood haemorrhage, which made me faint. I was then taken to a doctor nearby to stop the bleeding.

The pain lasted for a long time and, psychologically, I was scared to my stomach every time I witnessed or anticipated other circumcision ceremonies. But as this tradition was part of the customs and morals of our community, I was convinced that I needed to have gone through it in order to be be a woman in the true sense of the word.

Most girls are told by their mothers or female relatives that circumcision is an obligation. They see it as part of their culture and accept it; in fact, they are proud of it and want it for their daughters, too.

What’s more, my grandmother was one of the village’s practitioners, so it was a cultural duty for me to learn from her in order to be able to take over. It was also a way of earning money, since I had no other source of income.

I still regret it; if it was possible to put those girls’ genitals back and remove that pain that they have suffered, I would do so

When girls were brought to me, we would often tie them up during the circumcision. Because it is a physically violent procedure involving razors, we would stuff something in their mouths to keep their screams from piercing the sky.

I used to be proud of my work, because I thought I was continuing a tradition that was necessary for purifying our young girls. I didn’t know any better, as this was what I was taught by my elders.

I believed this until I was 67-years-old and the charity Islamic Relief, who were doing an awareness raising project on Female Genital Mutilation/Cutting (FGM/C), approached me.

They heard I was the chief cutter in my village and wanted to speak to me about the dangers of the practice. I know now that the work I had been doing for more than 30 years has caused both mental and physical harm to girls, such as haemorrhages, complications during childbirth, and lasting trauma.

They also told me that FGM/C went against religious scriptures because harming anyone is forbidden in Islam.

This was the first time I had received information like this about the procedure. I realised then that I was causing pain to girls, and I felt embarrassed and ashamed of myself. I still regret it; if it was possible to put those girls’ genitals back and remove that pain that they have suffered, I would do so.

So I decided to break from this gloomy tradition, stopped practicing FGM and dedicated my life to urging others to stop as well.

With Islamic Relief’s support, I underwent training and was appointed the anti-gender-based violence representative in my village. I now lead workshops on circumcision, contraception and family planning.

My husband used to encourage me to perform FGM, but now I’ve managed to change his attitude. We’ve been married for over 45 years, and have many children and grandchildren, and I will no longer accept them – or any other woman or girl – being subjected to this practice

I want to shatter the stories that we were fed as children. Circumcision is not a prerequisite for earning respect, becoming a mother, or taking care of a family.

I know it will take generations to undo the damage that’s been done, and that prejudices are very difficult to eradicate.

But if I’m able to change the life of one girl, I will feel I am doing my part in eliminating this harmful practice.

Islamic Relief campaigns to stop violence against women and girls in the UK and across the world – you can find out more on their website here.

FGM, Girls, i, on, Perform, to, used
World News