An Icelandic volcano is showing signs of a potential eruption leading authorities to raise aviation warnings, 10 years after a huge cloud of ash brought European air travel to a standstill.

Small earthquakes and a so-called ‘inflation’ of the mountain, signalling a potential volcanic eruption, have been reported near Iceland’s famous ‘Blue Lagoon,’ local authorities said Monday.

The Icelandic Met Office declared a state of uncertainty over the weekend, following days of several smaller earthquakes and a swelling of the mountain.

Alert levels for aviation were also raised from ‘green’ to ‘yellow,’ defined as when a volcano ‘is experiencing signs of elevated unrest above known background levels.’

In 2010, eruptions at Eyjafjallajokull sent a huge cloud of smoke and ash over Europe, resulting in the cancellation of more than 100,000 flights, stranding some eight million passengers. 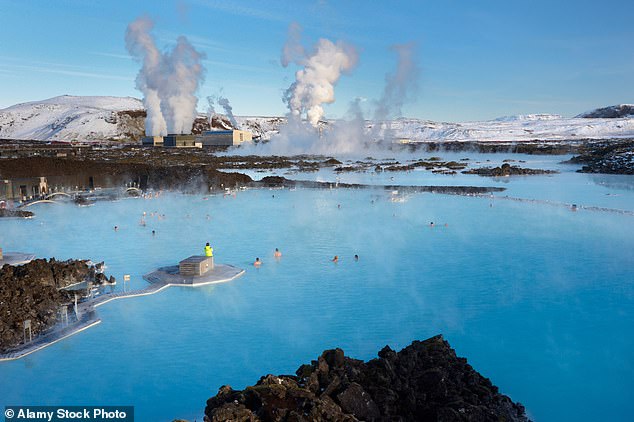 A general view of people relaxing in the Blue Lagoon, a geothermal spa and one of the most popular attractions in Iceland, near Grindavik village Reykjanes 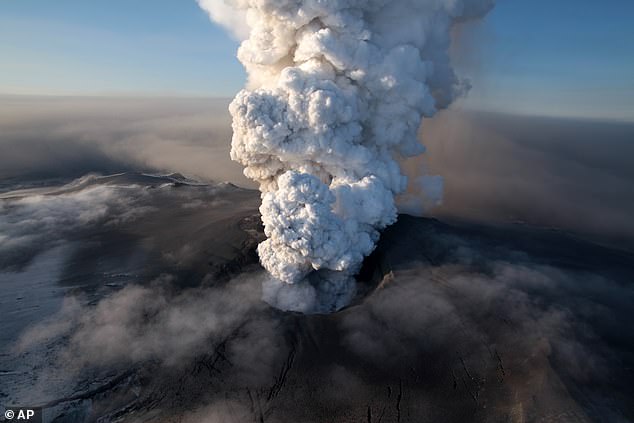 An aerial view shows the crater spewing ash and plumes of grit at the summit of the volcano in southern Iceland’s Eyjafjallajokull glacier in 2010. The eruptions sent a huge cloud over Europe resulting in the cancellation of more than 100,000 flights, stranding eight million passengers

For nearly a week, a series of earthquakes have been shaking the area around Grindavik, not far from the steaming waters of the ‘Blue Lagoon,’ a popular geothermal spa in southwestern Iceland on the Reykjanes Peninsula.

The largest recorded quake had a magnitude of 3.7.

Swarms of earthquakes are not unusual in the area, but the fact that they were occurring alongside an ‘unusually fast’ inflation of Mount Thorbjorn, a few miles from Grindavik, was ‘a cause for concern and closer monitoring,’ according to the Icelandic Met Office.

A rise of about three to four millimetres a day has been detected, totalling two centimetres on Sunday, and is suspected to be from magma accumulation a few miles under ground.

Depending on the cause, a few scenarios are being considered. 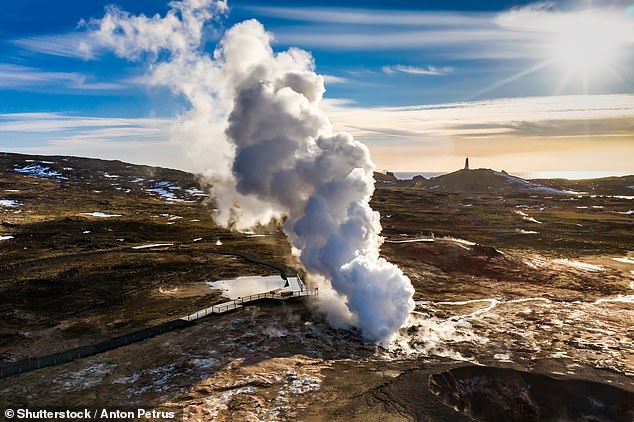 If the rise is due to accumulation of magma in the volcano, it could either simply cease or continue to build up, potentially leading to an eruption.

But if the rise is due to tectonic activity, it could signal more powerful earthquakes in store.

The peninsula is located on the Mid-Atlantic Ridge, where the North American and Eurasian tectonic plates diverge.

‘It’s too soon to try to distinguish which (scenario) is the most likely,’ Pall Einarsson, professor of geophysics at the Faculty of Earth Sciences at the University of Iceland, told AFP.

Einarsson said that in the event of an eruption it would be ‘the most peaceful kind you can think of.’

‘We always have to plan for the worst, so we are planning for an eruption, but the most likely scenario is that this event will just stop,’ said Rognvaldur Olafsson, chief inspector at the Department of Civil Protection and Emergency Management. 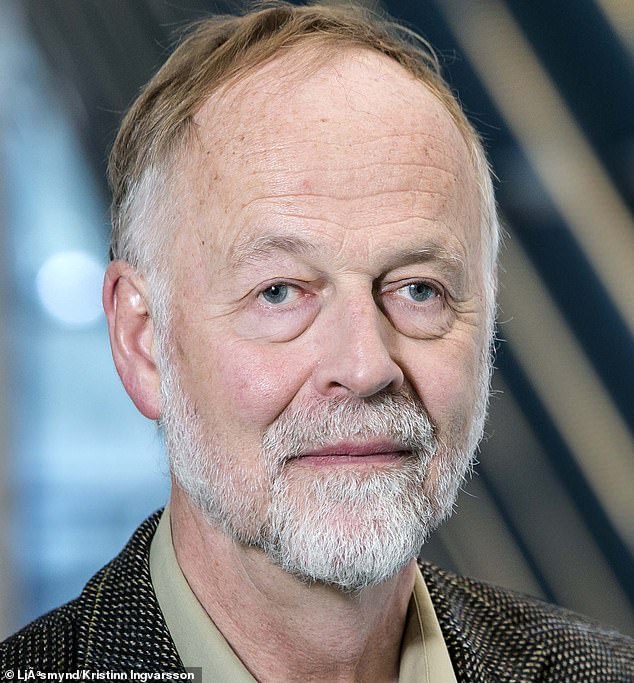 Pall Einarsson (pictured), professor of geophysics at the Faculty of Earth Sciences at the University of Iceland said that he thinks the eruption would be ‘peaceful’

New measuring instruments were due to be installed on Monday to monitor the activity more closely.

The last known eruption on the Reykjanes Peninsula was nearly 800 years ago.

However, according to Einarsson, eruptions in this region of Iceland are ‘effusive’ with a narrow flow of lava and a small amount of ash, meaning they are not likely to cause harm to people.