REVEALED: Two female Idaho students among four killed phoned mystery man called ‘Jack’ ten times minutes before they were slaughtered – as detective reveals one had a stalker and two housemates locked themselves in rooms due to ‘noisy party’

Two female Idaho students among the four killed in a quadruple homicide near the University of Idaho on November 13 had made calls to a mystery man called ‘Jack’ ten times collectively.

Moscow police believe victims Kaylee Goncalvez, 21, Madison Mogen, 21, Ethan Chapin, 20, and Xana Kernodle, 20, were stabbed to death at their home near campus between 3am and 4am.

Kaylee’s sister, Alivea Goncalvez, told Inside Edition that her sibling and Madison had started making calls to Jack, who she described to be a ‘young man,’ at about half past two on the morning of the brutal massacre.

Photos on social media posted by Kaylee show her with a young man named Jack – however it is unclear whether this is the same person she and Madison had been calling.

Its been revealed that Kaylee may have also had a stalker, the 21-year-old complaining about a this person just months before her death. 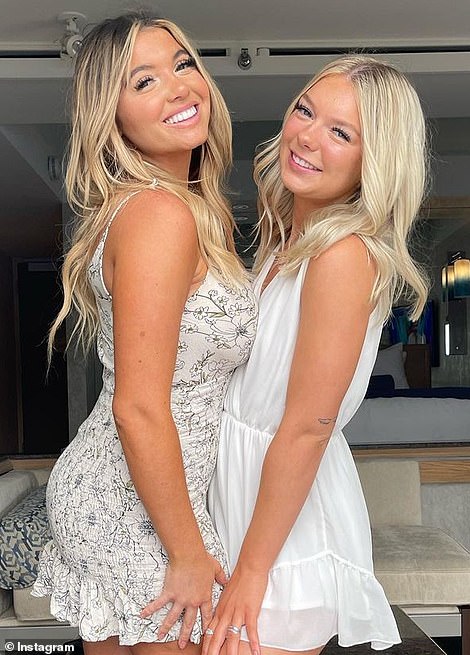 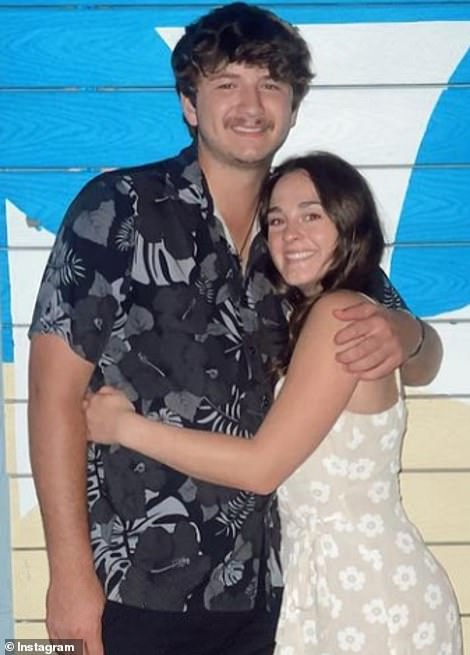 Kaylee Goncalvez, 21, Madison Mogen, 21, are believed to have been calling a ‘young man’ named ‘jack’ just minutes before they were killed in a brutal stabbing alongside Ethan Chapin, 20, and Xana Kernodle, 20 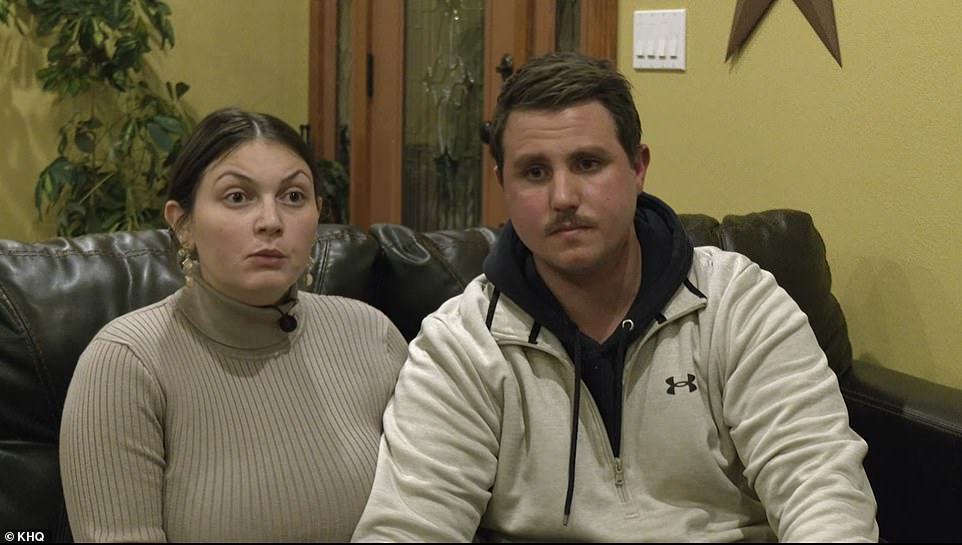 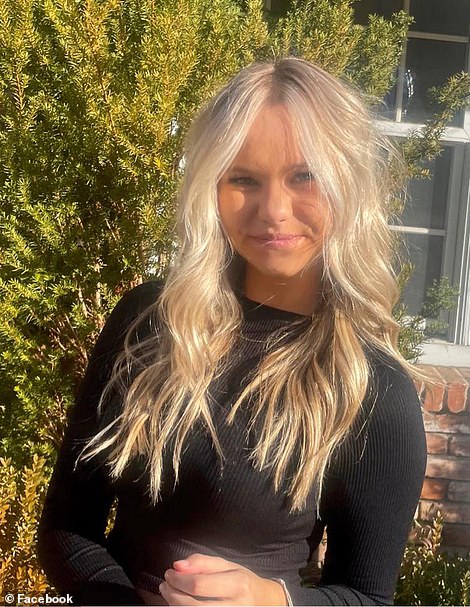 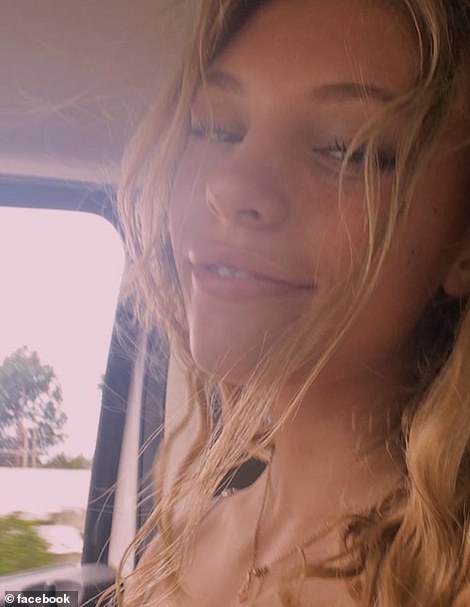 The two roommates who escaped death while their four friends were knifed at their off-campus house are Bethany Funke (left) and Dylan Mortensen, (right) 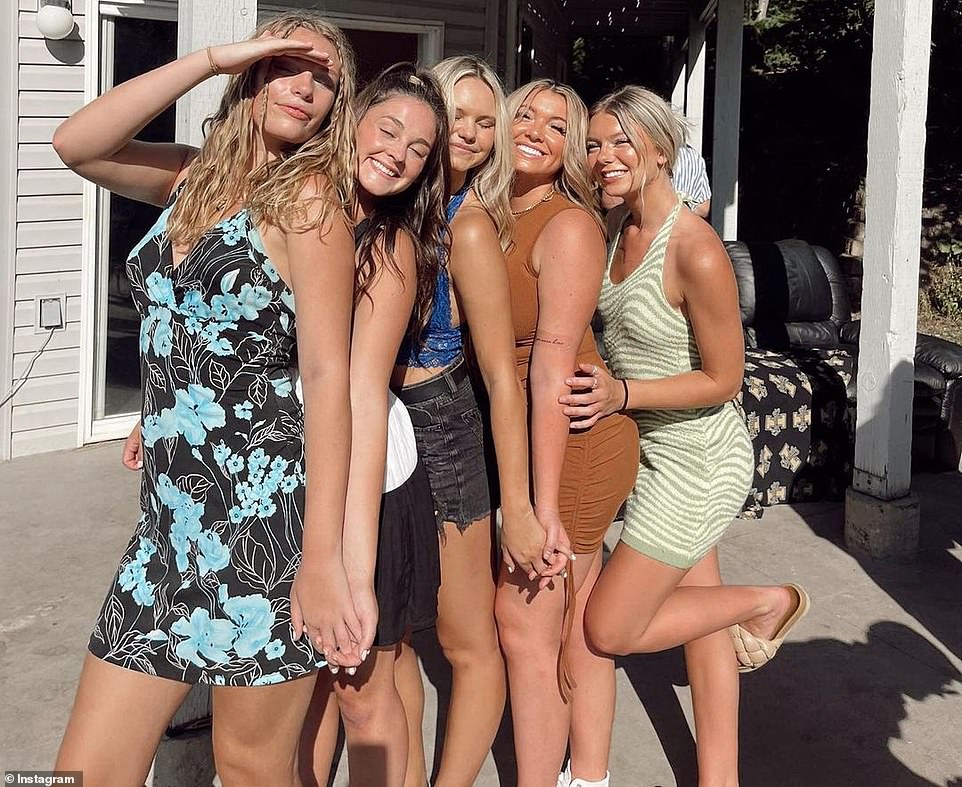 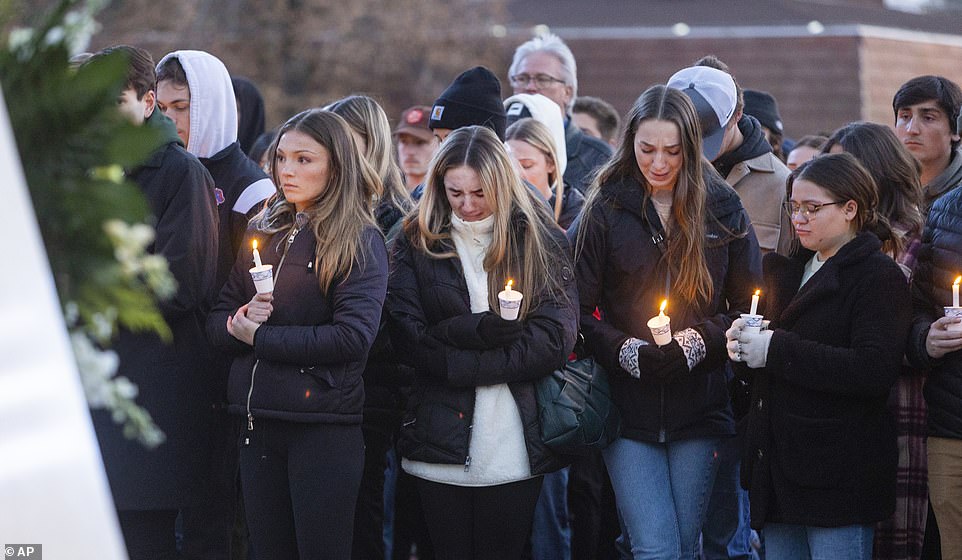 Students held a vigil for the murdered youngsters on Thursday. Many are now fleeing campus out of fear that the killer remains on the loose

Former LAPD detective Mark Fuhrman, who had notably worked on the 1994 murders of Nicole Brown Simpson and Ron Goldman in the OJ Simpson murder case, now lives in Idaho and revealed he’d heard this information from one student.

‘I talked to one student, and I agree it was twice removed from the person that said it, Kaylee, but Kaylee two months ago complained about a stalker,’ he said on Fox News.

The killer apparently bypassed the bedroom of the two young women who lived in the six-bedroom, three-bathroom house who were not attacked.

‘Their story was, they heard partying, they heard noise, but they just, as usual, said, there’s partying going on and they locked the door,’ Fuhrman said.

The two roommates, Bethany Funke and Dylan Mortensen, who were not harmed in the attack, are not suspects and have been cooperating with the investigation, authorities confirmed.

Meanwhile, a man who was filmed with two of the four murdered Idaho students in their last hours was ‘identified’ and is ‘cooperating with police,’ according to Goncalves.

The young man’s name has not yet been made public but he was he was filmed walking up to a food truck with Madison Mogen and Kaylee Goncalves on Sunday at 1.45am – less than two hours before they were murdered in their home.

Moscow Police Department Chief James Fry told reporters on Wednesday that there had been no signs of forced entry at the house when they responded to reports of an unconscious person at 11.58 on the night.

Autopsies on the four students killed found each had been stabbed multiple times, some had defensive wounds, showing they fought with the attacker and there was no sexual assault.

County Coroner Cathy Mabbut described the killings as ‘personal’ and that the victims were found in their beds.

They also said no arrests have been made so far and said they are being helped by investigators from the Idaho State Police as well as ‘other State and Federal law enforcement partners’.

The murder victims’ families are now begging the police to be more transparent with their findings, telling them to ‘speak the truth’ and find the students’ killer.

In a statement, Ethan’s father Jim said: ‘The silence further compounds our family’s agony after our son’s murder.

‘For Ethan and his three dear friends slain in Moscow, Idaho, and all of our families, I urge officials to speak the truth, share what they know, find the assailant, and protect the greater community,’ he said.

‘Until we have someone in custody, there’s no way with any amount of confidence to say this is isolated.

‘Someone did this with a purpose — not once, not twice, not three times, but four. I don’t know of anything scarier than that,’ Goncalves told NBC affiliate KHQ.

The families of the victims paid tribute, with Goncalves’s family saying the 21-year-old was only a few months shy of moving to Texas to begin a new job.

Kaylee, a general studies major, was ‘looking forward to her job in tech starting on 1/1, a move to Texas, road trips in her just purchased Range Rover, and a trip she planned to Europe.

‘She’d never stop fighting for us and demanding truth and justice and neither will we.’

Ethan Chapin was one of a set of triplets who all attended the University of Idaho. His brother Hunter paid tribute via his Instagram account.

Under a photo of the brothers together, he wrote: ‘My brother and my best friend’ followed by a red heart.

Ethan’s mother Stacy Chapin told the Seattle Times: ‘It is an unspeakable tragedy and the pain is excruciating. Ethan was literally the greatest kid … friend to all and a smile that could light up any room.’

Mogen, a marketing major, and Kernodle, who was also studying marketing, were remembered in a post by the Mad Greek – a restaurant in Moscow where both worked.

The Facebook statement said: ‘It is with a broken heart and deep sadness to share with you we have lost two of our own here at Mad Greek.’

It continued: ‘Our deepest sympathies go out to all of the friends and families of Xana, Maddie, Ethan and Kaylee.

‘You will be greatly missed. Thank you for being part of our family/team and helping me so much over the years. Until we meet again.’