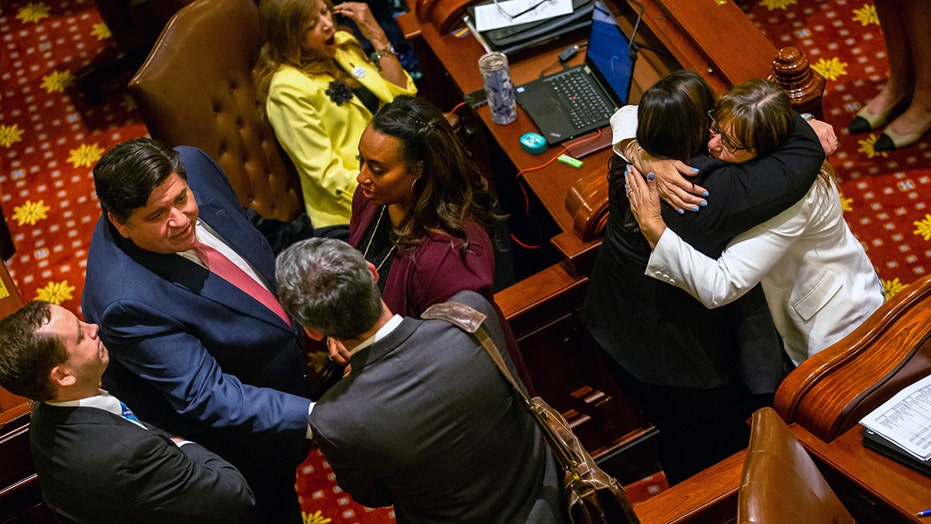 The Illinois Senate late Friday sent to the governor legislation that establishes a woman’s “fundamental right” to an abortion.

The 34-20 vote approving the Reproductive Health Act comes in response to new laws passed in other states narrowing abortion rights.

At the same time, Nevada’s Democratic Gov. Steve Sisolak signed into law Friday a bill that decriminalizes outdated abortion laws in the state. He said the new law reaffirms the state's commitment to protecting reproductive freedom.

Senate approval sends the measure to Democrat Governor J.B. Pritzker who has campaigned to make Illinois the most progressive state in the country for reproductive rights, WGN-TV reported. The Illinois House passed it previously.

In addition to establishing abortion as a woman’s fundamental right, the bill states that “a fertilized egg, embryo or fetus does not have independent rights,” according to the station. 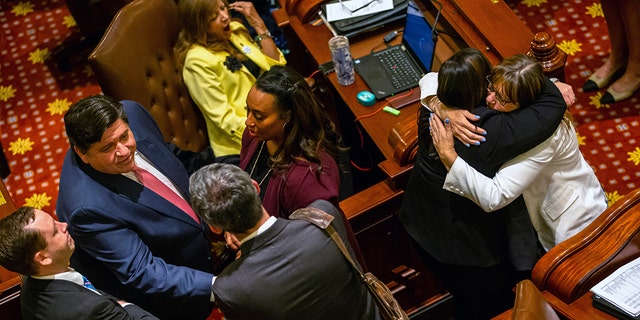 Pritzker was seen on the Senate floor after the vote hugging and congratulating supporters of the bill. He has vowed to sign it into law.

State Sen. Paul Schimpf, R-Waterloo, bill, voted no, calling the bill the most radical pro-abortion rights bill in the nation, according to the Bellville News-Democrat.

“It gets rid of a lot of the meaningful limits … my reading of it, it allows for gender selection of abortions," Schimpf said, according to the paper.

The bill’s sponsor State Sen. Melinda Bush, D-Grayslake, said abortions after a baby is viable would only take place if a doctor judges the abortion is necessary to protect the health of the mother, the paper reported.

“We’re trying to protect a woman’s fundamental rights,” she was quoted as saying. “I believe there is a war against women’s rights going on right now, this needs to be passed now to be sure we in Illinois continue to protect those rights.”

New laws have recently been enacted in five states—Louisiana, Georgia, Kentucky, Mississippi, and Ohio—that prohibit a pregnant woman from getting an abortion after a heartbeat has been detected.