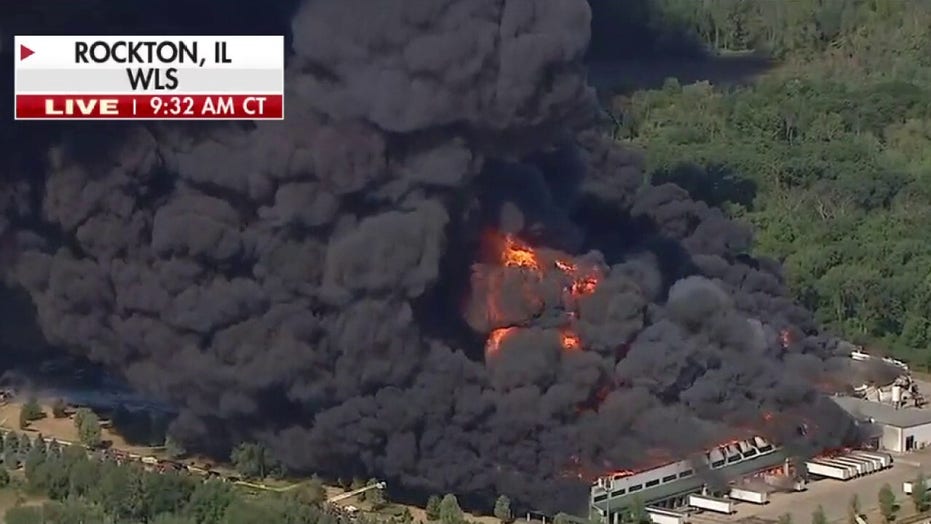 Residents evacuate after a chemical plant explosion in Rockton, Illinois.

Police in Illinois have ordered mandatory evacuations Monday as a massive fire is raging at a chemical plant.

The blaze erupted at a facility owned by Chemtool Incorporated in Rockton.

“Rockton Fire has ordered a mandatory evacuation for area south of Chemtool due to an industrial fire,” the Rockton Police Department said in a statement.

In a Facebook post, the Village of Rockton advised residents to avoid Route 2 and East Rockton Road “so first responders from other communities can quickly respond to the Chemtool fire.”

Trisha Diduch, the planning and development administrator for Rockton, said she estimates about 1,000 people are affected by the evacuation order and the downtown area, which is just about a mile from the plant, is being evacuated. The order is for a 1-mile radius, she said.

Aerial footage of the fire showed large plumes of black smoke billowing into the sky.

Chemtool is a company that manufactures lubricants, grease products and other fluids, and is, according to its website, the largest manufacturer of grease in the Americas.

It was not immediately clear what caused the blaze.

“We have confirmed all on site are safe and accounted for,” Chemtool said in a statement. “Our concern right now is for the safety of all our employees and the surrounding community.”

The company said it will share additional details as they’re known.

“We do not yet know what caused this incident, but we will be working with local authorities and with our own risk management team to determine what happened and identify any corrective actions,” it said.

Investigators with the U.S. Environmental Protection Agency in Chicago were heading to the scene and expected to issue a statement later Monday, spokeswoman Rachel Bassler said. They were coordinating with the Illinois EPA, which also was sending a team, according to spokeswoman Kim Biggs.

Rockton is about 100 miles northwest of Chicago.