‘I’m no hero’: Chernobyl engineer says he was obeying orders

‘I’m no hero’: Chernobyl engineer who swam under burning reactor to prevent second catastrophic explosion – one of the most dramatic scenes in hit TV series – says he was obeying orders and was not afraid as he didn’t realise the true danger

One of the three engineers hailed in the acclaimed US series Chernobyl for helping avert an even greater nuclear disaster has said he was just doing his job.

Oleksiy Ananenko, now 59, waded through flooded corridors with two other men to drain water from under the power station and prevent another explosion.

In the hit mini-series, the bravery of the three engineers is one of the most dramatic and gripping moments of the show.

Officials tell workers about the imminent danger of a second explosion and the three men volunteer for the mission to prevent ‘millions’ of deaths.

But Mr Ananenko, now living in a modest one bedroom apartment on the outskirts of Kiev, has insisted that what he did was not heroic. 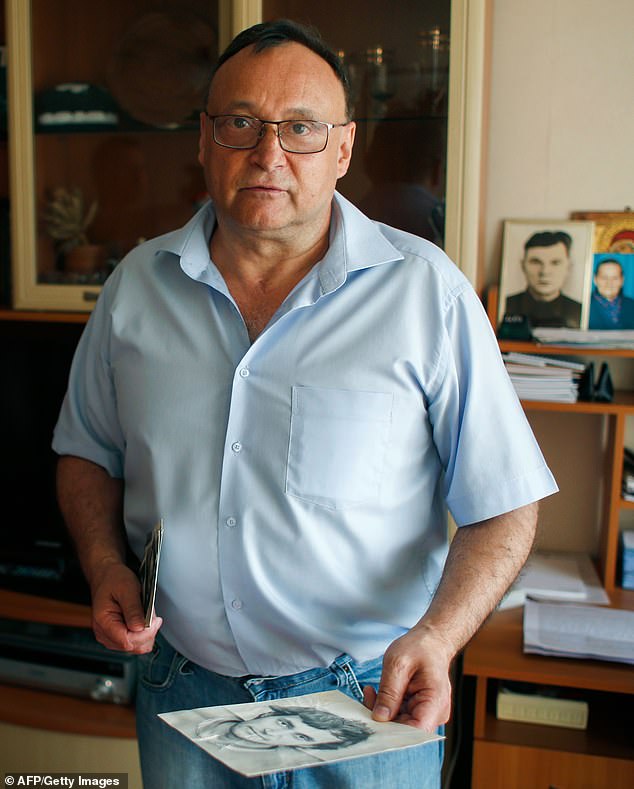 Oleksiy Ananenko, now 59, was hailed as one of the heroes who stopped Chernobyl from being even worse than it was

In the episode, actors playing Ananenko and two other engineers, Valeriy Bespalov and Boris Baranov, attempt to empty a water tank located ten feet below the burning reactor.

Nuclear experts feared that a second explosion could take place if super-hot radioactive fuel burned through a concrete floor and reacted with the large amount of water in the tank.

However, despite the fears of a second explosion, the scale of the disaster was unclear at the time.

Mr Ananenko said: ‘I never felt like a hero. I was doing my job.

He added that the three men depicted in the series as volunteering for a suicide mission simply obeyed orders, without being clearly informed about the risks they incurred.

Protected only by diving equipment and simple respirators, the three men negotiated the partially flooded corridors under the reactor. 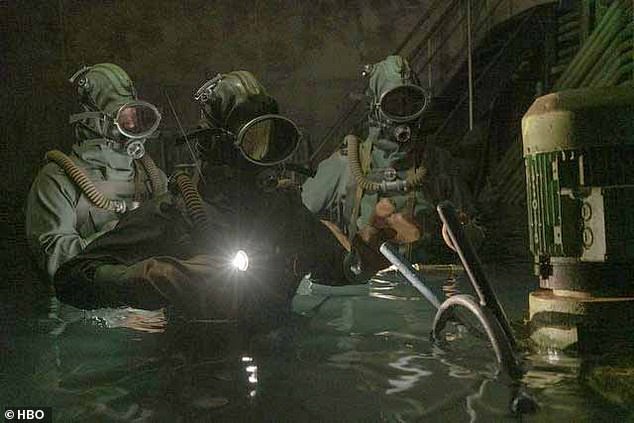 In the hit mini-series, the bravery of the three engineers is one of the most dramatic and gripping moments of the show

Using flashlights, they managed to find the locks for the water tank in the dark and quickly opened them.

Mr Ananenko said: ‘Immediately I heard a noise that meant the water was draining. That was amazing.’

However, watching the scene play out in the TV series, he pointed out some inaccuracies.

Pointing at the oxygen cylinders, he said: ‘We didn’t have them.

‘And we walked quicker than that. Why quicker? Because if you went slowly, the dose (of absorbed radiation) would be higher.’

Despite carrying two dosimeters with him, Mr Ananenko said he does not recall the exact figure for the amount of radiation his body absorbed.

‘That means it wasn’t very high,’ he said.

Of the three engineers, Mr Bespalov is also alive, living in the same district as Mr Ananenko. 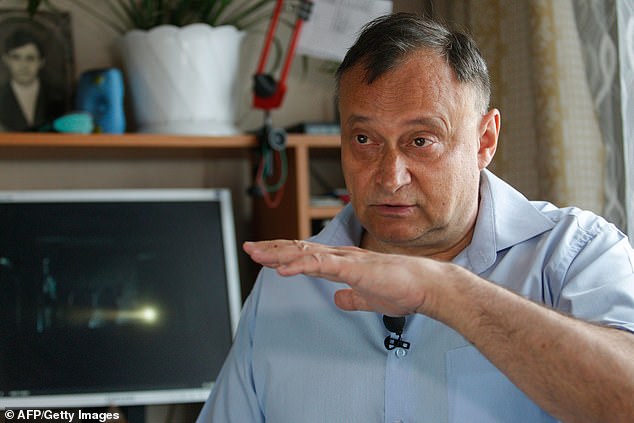 Mr Ananenko did not suffer any serious health problems straight after the mission and he was able to continue to work in the nuclear sector until 2017.

However, the Chernobyl veteran was forced to retire because he was involved in a serious car accident that plunged him into a coma for a month and affected his memory.

Another former Chernobyl worker, Oleksiy Breus, who was a technician at the fatal fourth reactor, said his impression of the mini-series was ‘positive on the whole’ but he had some criticisms.

He said: ‘The nuclear scientists are shown as people who are afraid of everything and afraid of their bosses, but in reality they were very resolute.’

Mr Breus added that none of the operators fled after the explosion.

On the contrary, ‘new people came to help,’ he said in Pripyat, the nuclear workers’ town near the power station that was evacuated after the incident.

In the disaster’s aftermath, ‘we had to run through a building that was unlit and half-destroyed to save injured colleagues and bring them up to doctors’ as well as battle the fire, he recalled.

Sergiy Parashyn, a former director of the Chernobyl power station who headed its Soviet Communist Party cell when the disaster occurred, also commented on the show.

He spoke to journalists inside the renovated underground bunker that is shown in the series as hosting meetings between power station senior staff and officials, scenes he insisted were unrealistic.

‘In fact, the specialists were trying to work out what to do, but in the series they are just (shown as) rejecting information,’ he said.