An Indian politician has announced a reward of £1,000 to anyone who shoots dead a rapist after a sharp rise in sex attacks in the state of Bihar.

Rajesh Ranjan, also known as Pappu Yadav, pledged the bounty of Rs100,000 in cash after an official report noted that more than 7,300 incidents of rape have taken place over the past six years in the eastern state.

Yadav, a former parliamentarian who in 2015 founded the Jan Adhikar Party, made the announcement shortly after meeting two sisters who were gang-raped by seven youths in Bihar’s northern Sitamarhi district last week.

The girls were waiting for their mother near their home when the boys abducted them. 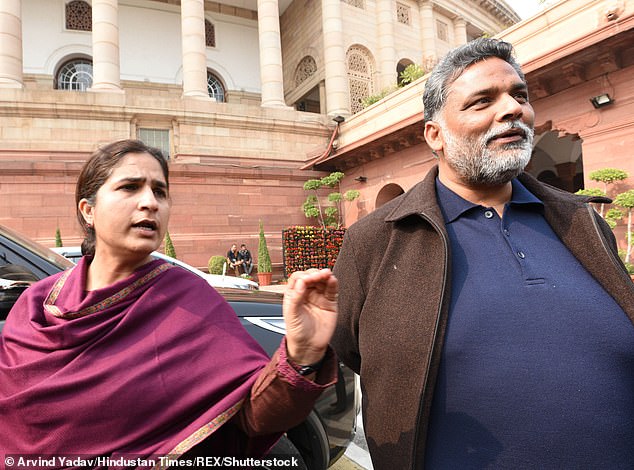 Former Indian MP Pappu Yadav (pictured with his wife  Ranjeet Ranjan) has pledged a bounty of Rs100,000 (£1,000) for anybody who kills a rapist in his home state of Bihar

They were taken to an isolated place in the district, which is a Holy place for Hindus because it is the birthplace of Sita, wife of the God Ram.

The boys then filmed themselves raping the two sisters and posted the videos on social media.

‘Rape fills poison in the life of victims who are left to die a slow death every day.

‘While no-one would want to marry such girls, even if their weddings had been finalised, maximum chances are that [the marriage] would get broken once the husbands get aware of these incidents,’ he said. 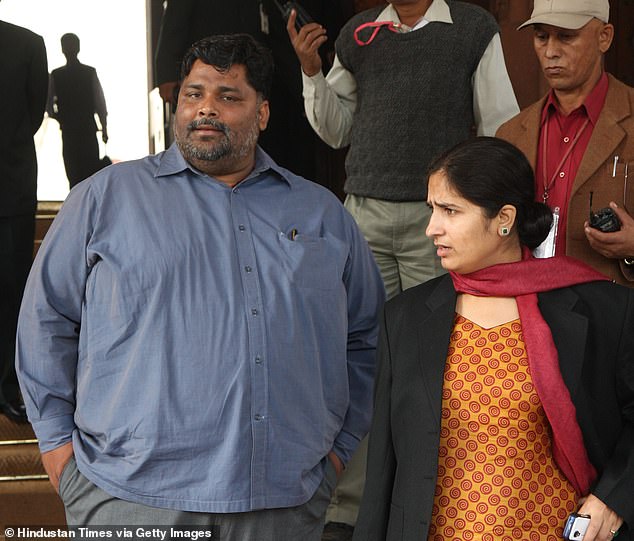 Yadav demanded that rape cases become a priority for the courts and perpetrators given a death sentence within three months of being found guilty.

The majority of victims are ‘Dalits’ from the lowest rung of India’s caste hierarchy, he added.

Yadav also blamed two successive national governments for failing to act since an infamous 2012 case whereby a 23-year-old physiotherapy intern was beaten, gang-raped and tortured on a bus in Delhi.

‘Rather, rape cases have registered 50 per cent increase since then,’ he said.

‘Why would we announce bounty on rapists when the government acts to punish the rapists?’